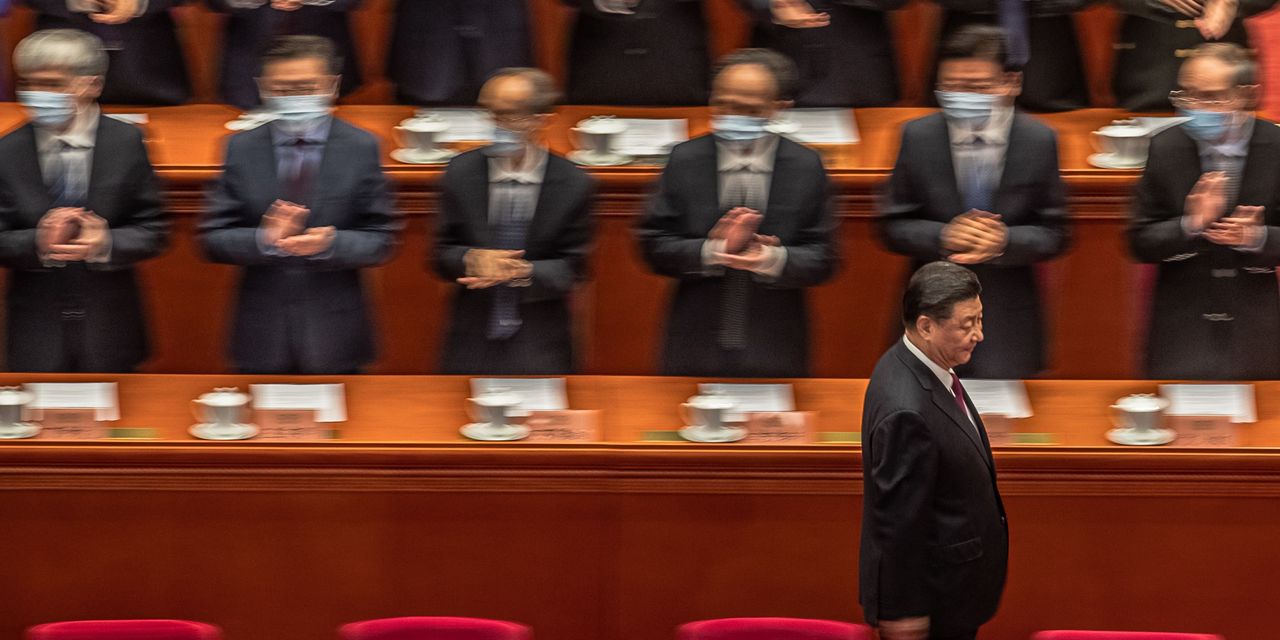 Beijing plans to press Washington to reverse many of the policies targeting China introduced during the Trump presidency in the first face-to-face meeting of senior U.S. and China officials since President Biden’s election, according to people with knowledge of the plans.

The meeting in Alaska on Thursday gives both sides a chance to reset the stormy relationship between the world’s two largest economies, which are at loggerheads over technology development, human rights, trade and military leadership in Asia.

U.S. officials say the meeting is a way to present American complaints about Chinese actions, such as its curtailing of freedoms in Hong Kong, naval expansion in the South China Sea, economic pressure on U.S. allies, intellectual-property violations and cybersecurity incursions. The U.S. also plans to sound out Chinese officials about ways the two countries could work together on issues such as climate change and global health.

China comes with a different agenda that has little overlap with Washington’s, a sign of how far apart the two sides are and how difficult it will be to repair the relationship.

How do you envision U.S.-China relations changing under the new administration? Join the conversation below.

Yang Jiechi, a member of the Communist Party ruling body, and Foreign Minister Wang Yi plan to urge Secretary of State Antony Blinken and national security adviser Jake Sullivan to drop sanctions and restrictions on Chinese entities and individuals put in place by the Trump administration, said the people with knowledge of the plans.

The Chinese officials also plan to propose re-establishing regular high-level meetings between the two sides and scheduling a virtual summit between Chinese leader Xi Jinping and Mr. Biden in April during a global conference on climate change. The White House declined to comment on the prospect of such a meeting.

China’s broad agenda reflects a greater confidence by Beijing, which in the past has used high-level meetings mainly to react to U.S. initiatives. “China feels that it has the wind at its back, that the East is rising and the West is fading,” said Daniel Russel, a former Obama State Department official.

The measures China wants reversed include limits on American sales to Chinese firms such as its telecommunications company Huawei Technologies Co. and chip maker Semiconductor Manufacturing International Corp. ; visa restrictions on Communist Party members, Chinese students and state-media journalists; and closure of the Chinese Consulate in Houston. Beijing has retaliated in kind, hitting American entities and individuals with similar penalties.

Should those restrictions be removed or relaxed, China would consider eliminating its own countermeasures, said the people with knowledge of the Chinese plans.

Messrs. Yang and Wang plan to propose a new framework for setting up recurring, annual meetings between the two powers to hash out differences in economic, trade, security and other areas. The so-called strategic dialogue format was put in place during the George W. Bush administration and continued through the Obama years, when Messrs. Blinken and Sullivan were top foreign-policy officials.

President Donald Trump abolished the mechanism because his advisers said that China used it to tie up the Americans in endless discussions. The Biden administration has shown no interest so far in re-establishing the talks.

A senior Biden administration official played down expectations that the Alaska meeting would lead to any agreement. The official described it as a one-off meeting that didn’t portend “the resumption of a particular dialogue mechanism or the beginning of a dialogue process.”

Beijing also may not expect any concrete results, said Mr. Russel, the former Obama official, who is now vice president at the Asia Society Policy Institute, a think tank. Rather, the Chinese “will attempt to gain a better understanding of where the Americans are thinking the relationship will go and what might be possible,” he said.

So far, the Biden administration has continued some of Mr. Trump’s policies, including on Tuesday expanding sanctions against Chinese officials who it says have undermined Hong Kong’s autonomy from Beijing.

On Wednesday, the U.S. Commerce Department served subpoenas on multiple Chinese companies as part of the U.S. effort to target technology and services that could threaten national security.

Tariffs the Trump administration imposed on Chinese goods aren’t expected to be high on China’s agenda in Alaska, even though Mr. Wang, the foreign minister, in a February speech called for the removal of trade-related penalties.

China started reaching out to Biden aides late last year, though China’s Foreign Ministry said the suggestion for the Alaska meeting came from Washington. “The U.S. side proposed to hold this high-level strategic dialogue, which we think is meaningful,” the ministry told The Wall Street Journal. It didn’t elaborate further, but said, “We hope that the two sides can have a candid dialogue on issues of mutual concern.”

Chinese officials plan to propose using a virtual climate summit attended by global leaders on April 22, which is Earth Day, to schedule a meeting between Messrs. Xi and Biden, the people with knowledge of Beijing’s plans said. Both sides have indicated that they are willing to work together to fight global warming and other climate-related issues, though the U.S. is wary that China will try to use the climate issue to get the U.S. to back off in other areas.

The two leaders have spoken once since the U.S. presidential election, a session that lasted for two hours, according to Mr. Biden.

Chinese officials indicate that there is no room for compromise on sovereignty issues involving Hong Kong and Taiwan. Mr. Blinken, who will stop in Alaska on his way back from a trip to Japan and South Korea this week, fired salvos at China from Tokyo on Thursday over both issues.

China also plans to propose that both countries create a “vaccine passport” to verify proof of immunization, according to the people familiar with the plans. Chinese officials hope that can help facilitate travel between the two countries.

It could also help China get recognition for its homegrown vaccines. In recent days, some Chinese embassies have said they would facilitate visas for foreigners who have received Chinese vaccines.

Beijing’s broad agenda for the meeting shows the Chinese leadership’s increasing confidence in the party-state system. China’s economy has withstood a trade war with the Trump administration and has been rebounding strongly, helped by its early headway in reining in coronavirus infections. Mr. Xi, the most forceful Chinese leader in recent decades, is enjoying widespread support among the Chinese public, Chinese officials say.

Still, Beijing is eager to move past the turmoil in the U.S. relationship, which has taken a toll on business and investor confidence in the world’s second-largest economy.

The Biden team also feels that it is in a strong position, having passed a $1.9 trillion economic relief package and having started to work with allies on China and other economic issues, the senior Biden administration official said.

The symbolism of the meeting is important, said the official, who noted the importance of having both the secretary of state and the national security adviser represent the U.S. In the past, China has tried to capitalize on splits among American representatives, the official said.

Having Messrs. Blinken and Sullivan at the session will make clear, the official said, “there is not going to be daylight and that the games that China has played in the past, to divide us, or attempt to divide us, are simply not going to work here.”

The U.S. side plans to address the economic pressure China has placed on Australia by curtailing imports after Canberra called for an independent investigation into the origins of the coronavirus. A Chinese Foreign Ministry spokesman this week blamed the tension on “Australia’s wrong words and deeds on issues concerning China’s sovereignty, security and development interests.”

The session will help each side better understand the other, said the senior Biden administration official. “It’s about communicating the areas where we intend to take steps, and it’s about understanding where our Chinese interlocutors are at,” the official said.

Write to Lingling Wei at lingling.wei@wsj.com and Bob Davis at bob.davis@wsj.com