A record number of women, racial minorities and members of the LGBTQ community make the 117th Congress the most diverse in history. ERIC BARADAT/AFP via Getty Images hide caption

With 2020 in the rearview mirror, the 117th Congress is now getting under way as members take their oaths of office on Capitol Hill Sunday.

For many, the process will be familiar territory. But for most of the incoming lawmakers, it’s the beginning of a brand new chapter.

Here’s a look at that group of lawmakers and what their first few days will look like:

The first day brings with it considerably less pomp and celebration than typical opening day proceedings, where Capitol Hill is flooded with newly elected lawmakers and their families.

Instead, the atmosphere will likely be quite somber, especially in light of the death of Congressman-elect Luke Letlow, who died from complications of COVID-19 just five days before he was scheduled to be sworn in.

The pandemic’s presence will also be felt through strict social distancing procedures members will follow on their first day of work, limiting the access to the floor. Incoming freshmen are allowed one guest each in the gallery to watch as they take their oaths. Returning members aren’t allowed to have any guests present this year.

After electing a Speaker of the House, one of the first orders of business for the new Congress will be adopting a set of rules to govern the much-talked-about Jan. 6 joint session, when both chambers meet to formally count the votes of the Electoral College. Several House members and a group of senators have said they plan to object, which will cause a delay in the proceedings.

Most diverse Congress yet

A record number of women, racial minorities and members of the LGBTQ community make the 117th Congress the most diverse in history.

Just two years after Democrats had a record-setting year electing women, it’s now Republicans that are heralding inroads as a slate of Republican women will be sworn in.

There are notable “firsts” this cycle as well.

For the first time, women of color will completely comprise New Mexico’s House delegation, including Rep.-elect Democrat Teresa Leger Fernandez, who becomes the first woman to represent the 3rd district since its creation in 1983. Rep.-elect Yvette Herrell, R-N.M., becomes the first Republican Native American woman in Congress. It’s not clear who will be selected to fill the seat of Rep. Deb Haaland, who won reelection and was subsequently tapped by President-elect Biden to lead the Department of the Interior.

Rep.-elect Marilyn Strickland, D-Wash., will be the first Black woman to represent her state in Congress. She is also one of the first Korean American women elected to Congress, along with California Republicans Reps.-elect Young Kim and Michelle Steel.

Republican Sen.-elect Cynthia Lummis will be the first woman to represent Wyoming in the Senate.

It should be noted that while significant strides have been made in diversifying Congress, Capitol Hill is still overwhelmingly white and male.

As for the Senate, incoming Sens.-elect Roger Marshall (Kansas), Ben Ray Luján (New Mexico) and Cynthia Lummis (Wyoming) all have served in the U.S. House. Lummis was a founding member of the House Freedom Caucus.

Reps.-elect Marjorie Taylor Greene, R-Ga., and Lauren Boebert, R-Co., made headlines earlier this year for their support of QAnon, a fringe movement that has launched baseless, far-right conspiracy theories about the U.S. government. President Trump, for his part, called Greene a “future Republican star.”

In October, the House overwhelmingly approved a resolution condemning QAnon.

“We all must call it what it is: a sick cult,” House Rules Chairman Jim McGovern, D-Mass, said at the time.

The poll asked respondents whether they believe the false allegation at the heart of the conspiracy: whether “a group of Satan-worshipping elites who run a child sex ring are trying to control our politics and media.” Seventeen percent said it was true and another 37% said they didn’t know.

It’s quite possible some of these progressives will quickly become household names in the way that Rep. Ocasio-Cortez and members of the so-called “squad” (which includes Rep. Ilhan Omar, D-Minn., Rep. Rashida Tlaib, D-Mich., and Rep. Ayanna Pressley, D-Mass.) 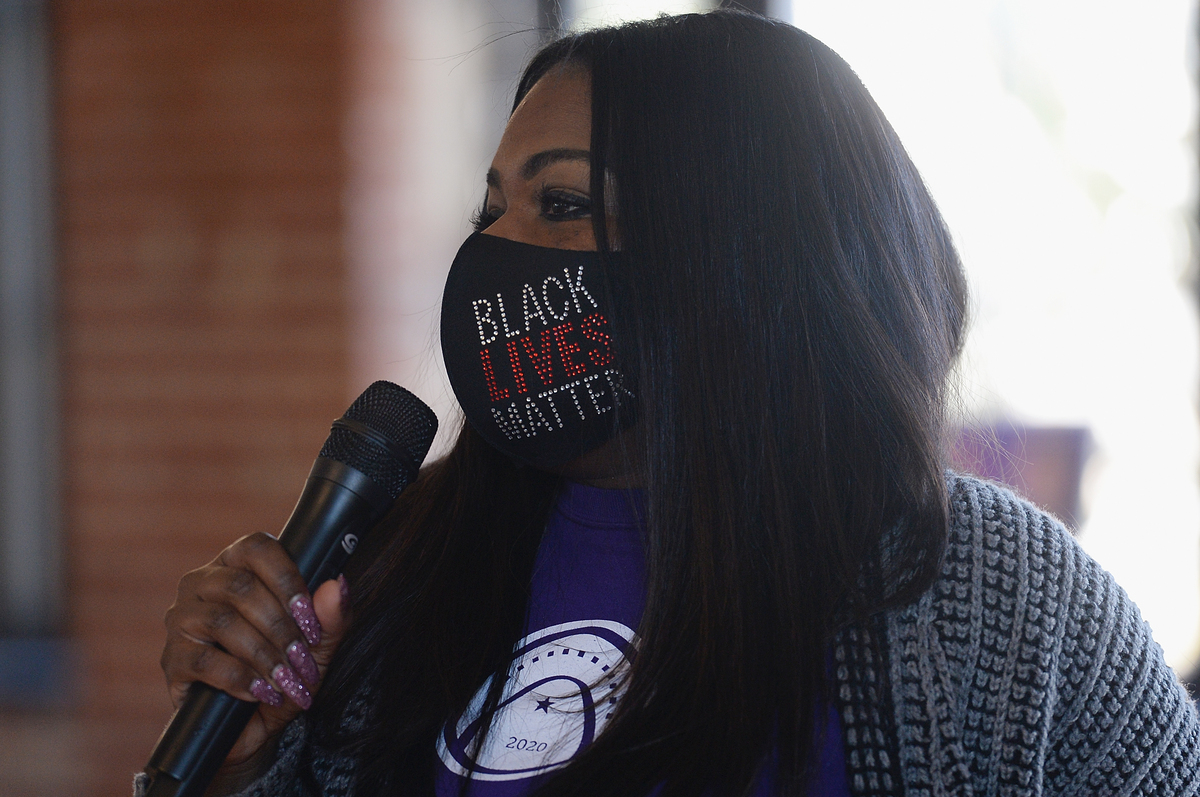 Cori Bush, D-Mo., also defeated a longtime incumbent in her Democratic primary. Bush, who has publicly called on Biden to grant clemency to every person on federal death row, will be the first Black woman to represent her state in Congress.

Still seats to be filled

The balance of the Senate is still unknown pending runoff elections in Georgia as GOP incumbents David Perdue and Kelly Loeffler face Democrats Jon Ossoff and Raphael Warnock. Should both Democrats prevail, control of the Senate will be split 50-50 between the two parties and Vice President-elect Kamala Harris can cast tie-breaking votes.

Meanwhile, residents in New York’s 22nd district are still waiting to find out who will represent them this year after a judge ordered a recanvassing of votes in an extremely tight race between Democratic Rep. Anthony Brindisi and former Rep. Claudia Tenney.

In Iowa, election officials called the second district for Republican Mariannette Miller-Meeks by a razor-thin margin in late November. But her opponent, Democrat Rita Hart, is contesting the results and has asked the House to investigate the case, a process that could take months.

House Speaker Nancy Pelosi, D-Calif., said during a press conference last week that she will seat Miller-Meeks on Sunday.

Pelosi’s spokesman, Drew Hammill, added in a subsequent statement that the Committee on House Administration is “conducting a thorough and fair review of this election to make sure every vote was counted and counted as cast. Pending the outcome of the Committee’s review and consistent with House practice, we intend to provisionally seat the Republican candidate on Sunday.”

Also on the House side will be a special election to fill the seat of the late Congressman-elect Letlow. Louisiana Gov. John Bel Edwards has not yet announced such an election.
Source Link