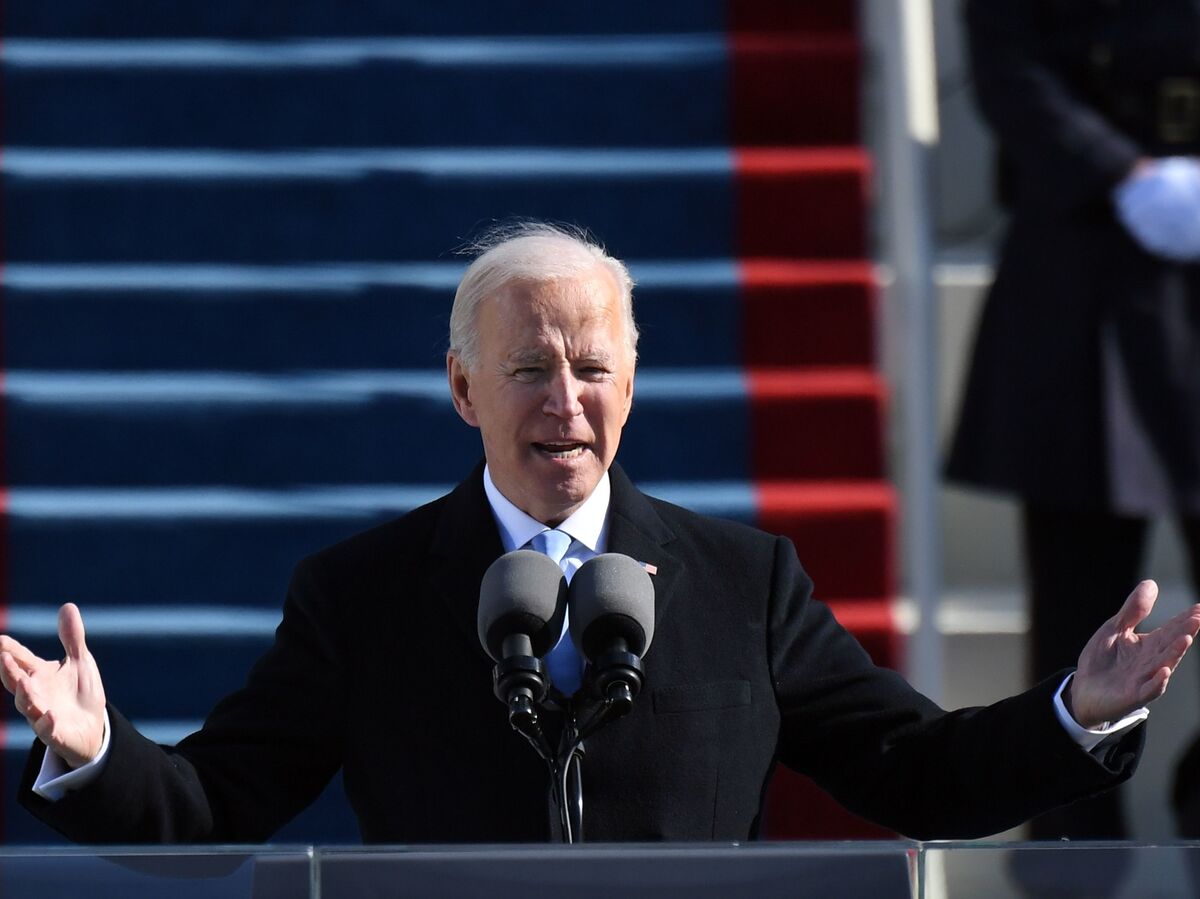 President Biden invoked what he called seven “common objects we, as Americans, love” in Wednesday’s inaugural address. Biden’s embrace of the seventh — “the truth” — offered a pointed critique of his predecessor (though never by name), the media and the nation itself.

“Recent weeks and months have taught us a painful lesson,” Biden said in an event carried by every major broadcast news outlet in the country and many abroad. “There is truth and there are lies. Lies told for power and for profit. And each of us has a duty and a responsibility, as citizens, as Americans, and especially as leaders, leaders who have pledged to honor our Constitution and protect our nation, to defend the truth and defeat the lies.”

Biden was overlooking the National Mall from the balcony of Congress as he made his remarks. And the “painful lesson” he referred to came from the role of lies and false claims amplified, in part, by conservative media outlets in inspiring the deadly and destructive assault on the U.S. Capitol building two weeks ago.

Fox News hosts, commentators and guests were among those most prominently and falsely claiming that former President Donald Trump had been cheated of victory in the November election. And many of them also inflamed passions ahead of the Jan. 6 demonstration that turned into a riot, calling for a physical response to show Congress and then-Vice President Pence that they would not accept the certification of Biden’s win.

“Look, I understand that many of my fellow Americans view the future with fear and trepidation. I understand they worry about their jobs,” Biden said in his speech Wednesday, invoking his own father’s fears about paying for mortgage and medical costs. “I promise you, I get it. But the answer is not to turn inward, to retreat into competing factions, distrusting those who don’t look like you. Or worship the way you do. Or don’t get their news from the same sources you do.”

Fox’s coverage on Wednesday was largely affirming and laudatory of the new president’s oratory and performance. The network has not publicly accounted for its own role in the divisions and wild conspiracy theories of the past five years, often circulated by Trump’s associates and given true flight on Fox.

Yet Fox News Sunday host Chris Wallace declared Biden’s inaugural address the best he had ever heard. And Wallace had a caution for his colleagues and rivals.

“I think that it was a call to all of us,” Wallace told viewers, “whether it’s us on the air on cable or broadcast, whether it’s us in social media, on our Twitter accounts, understanding that we have to deal from facts, from the truth, to hear each other out, as he said. A right to disagree, but not a right to violence.”
Source Link