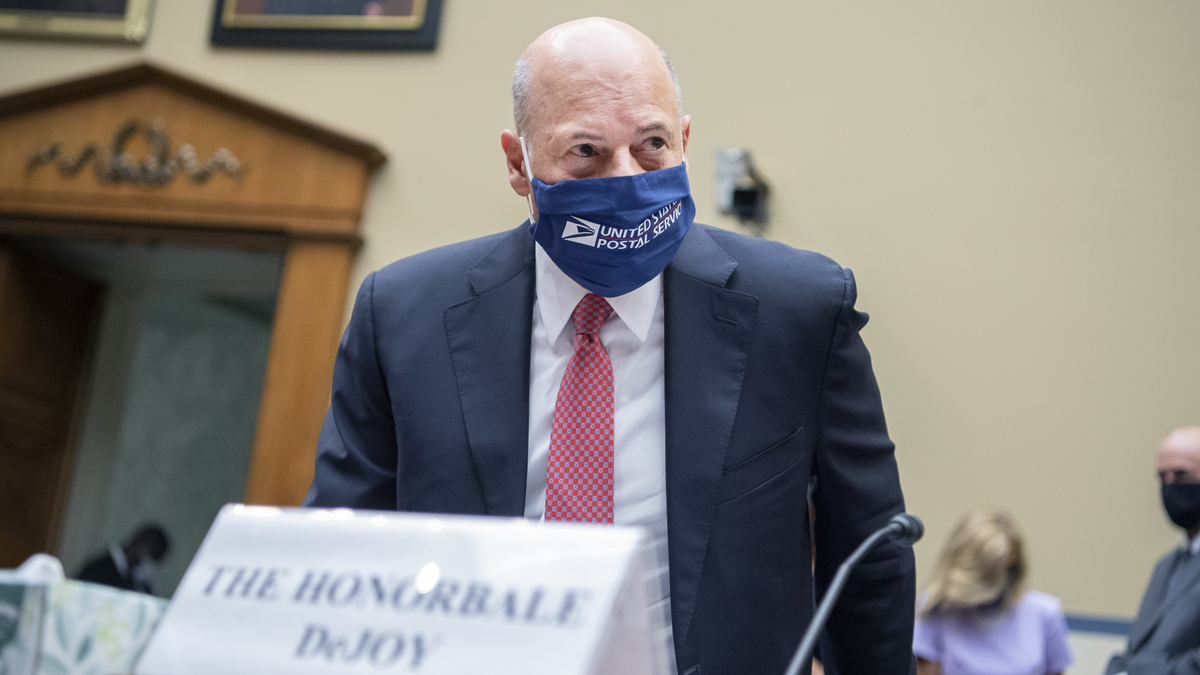 If your mail has not been showing up some days, or you’re getting second notices on the bills you thought you’d paid, you’re not alone. The U.S. Postal Service has been beset by continuing delays in delivering the mail.

Postmaster General Louis DeJoy is developing a 10-year strategic plan to address those problems, and is discussing the proposal before the House oversight committee Wednesday.

But it’s already drawing criticism from congressional Democrats and some of the Post Office’s biggest customers.

“The standard for the Postal Service has been the mail gets delivered on time 96% of the time,” Sen. Gary Peters, D-Mich., tells NPR. “But what we’re seeing nationally is roughly 80%, and in some areas considerably less than that. In Detroit, for example, it’s roughly 74%. So that’s still an unacceptable standard.”

Peters, who chairs the Senate committee that oversees the Postal Service, was one of more than 30 Democratic senators who wrote to DeJoy last week, asking for an explanation of the poor on-time delivery rates.

Many congressional Democrats, upset with the Postal Service since DeJoy was named postmaster general last year, are calling for his ouster. Peters isn’t there yet, but says he has “concerns about his performance to date. I think the numbers speak for themselves, but my focus right now is to make sure that we appoint a full complement of the Board of Governors.”

It’s the Board of Governors that has the actual power to name a postmaster general.

President Biden could name as many as four new members to the board, and Peters says there are “ongoing conversations” with the administration over possible nominations.

It was unclear ahead of the hearing what DeJoy’s 10-year plan to reform the Postal Service will look like, but the Washington Post reported it includes slowing the delivery of some local first class mail.

Paul Steidler, senior fellow at the Lexington Institute, says “degrading” first class mail is a terrible idea. “You shouldn’t even call it first class mail if it takes three days for something to get a short distance.”

Steidler says it’s the poor and the elderly who are hurt most by slower mail deliveries. “There’s going to be greater instances of court notices not being received on time, payments to credit card companies not getting in on time and penalties being assessed,” Steidler says, “and it’s completely unnecessary.”

There is also concern that DeJoy will propose raising postage rates to put the service on sounder financial footing. Michael Plunkett, president of PostCom, a trade association for large mailers, says that idea makes no sense.

“Customers of the Postal Service have been experiencing the worst service in decades in the last couple of months,” he says. “It seems to me to be short sighted and perhaps imprudent to plan on a large price increase in the middle of a pretty significant economic recession when your customers are extremely dissatisfied with the level of service they’ve been experiencing.”

DeJoy wasb;t commenting publicly about what the plan contains ahead of the hearing. In a statement, he said, “This work is not only needed, it is long overdue. As we finalize our plan we look forward to sharing more details in the coming weeks. Until we have the additional discussions … and the plan is finalized, it would not be appropriate to provide such details.”
Source Link