Democrat Jon Ossoff speaks at a rally outside of Center Parc Stadium in Atlanta on Monday. Jim Watson/AFP via Getty Images hide caption 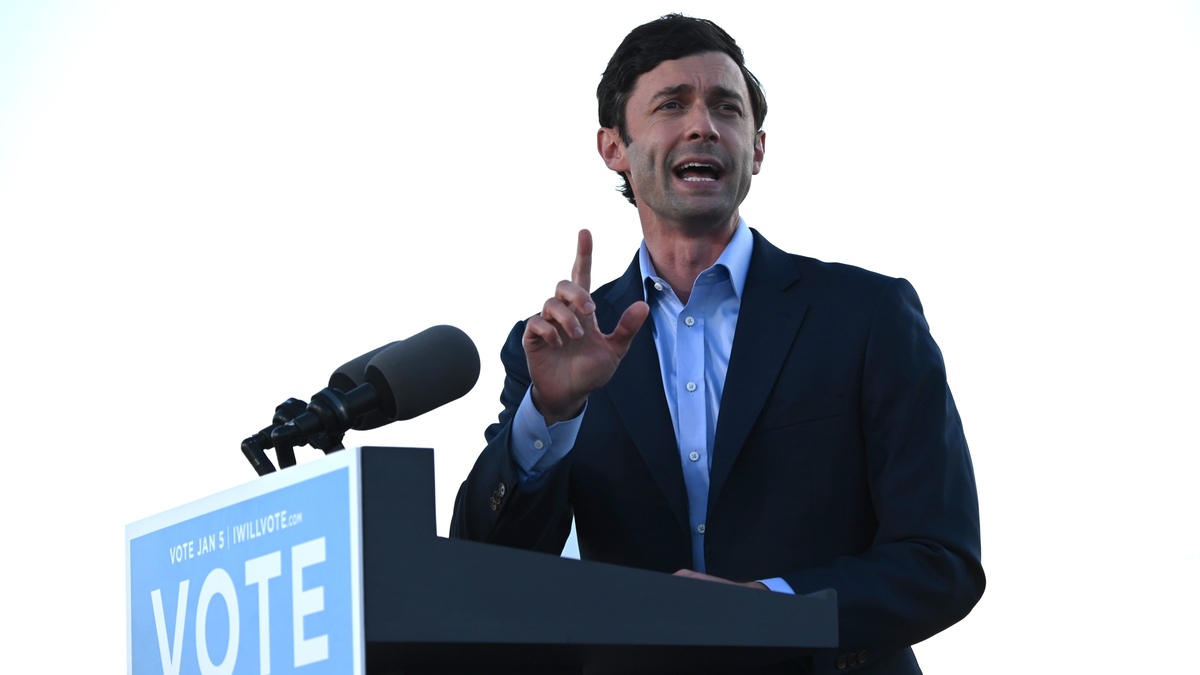 Democrat Jon Ossoff speaks at a rally outside of Center Parc Stadium in Atlanta on Monday.

Democrat Jon Ossoff, who leads Republican David Perdue by about 16,000 votes in the Georgia runoff that could give Democrats control of the U.S. Senate, claimed victory Wednesday. The Associated Press, which NPR relies on for its results, has not yet called the contest.

“It is with humility that I thank the people of Georgia for electing me to serve you in the United States Senate,” Ossoff said in remarks Wednesday morning.

Perdue, whose Senate term expired earlier this week, has not conceded the race.

“Everybody who cast your ballot everybody who put your faith and confidence in our democracies capacity to deliver the representation that we deserve whether you were for me, or against me, I’ll be for you in the U.S. Senate,” Ossoff said. “I will serve all the people of the state.”

An Ossoff victory would give Democrats control of the Senate, as his fellow Georgia Democrat, Raphael Warnock, won his runoff race against Sen. Kelly Loeffler. The Senate would be evenly divided between Democrats and Republicans, but once sworn in as vice president, Kamala Harris would have the power to break ties for Democrats.

The race was hard-fought and came after Democrats successfully flipped the state blue in the presidential race. Both major parties invested significant time and resources in seeking control of the Senate.

On Monday, President-elect Joe Biden campaigned in the state in support of Warnock and Ossoff, and Harris campaigned there Sunday.

Between Nov. 4, 2020, and Tuesday, almost $500 million was spent on advertising for the two races, according to the ad-tracking firm AdImpact.

This is Ossoff’s second high-profile runoff in Georgia. In 2017, he sought a seat in the state’s 6th Congressional District. He lost by a slim margin in the historically Republican district that year but remained visible in Georgia politics.

At 33 years old, Ossoff will be the youngest member of the Senate in decades. Both parties have faced criticisms for continuing to be led by aging party members at the expense of investing in younger, more diverse candidates.

Like many Democrats this cycle, much of Ossoff’s campaign centered on the coronavirus pandemic and providing relief to Americans hit hardest by the virus.

In the runoff, Perdue stressed his vocal support of President Trump, who lost Georgia by fewer than 12,000 votes.
Source Link