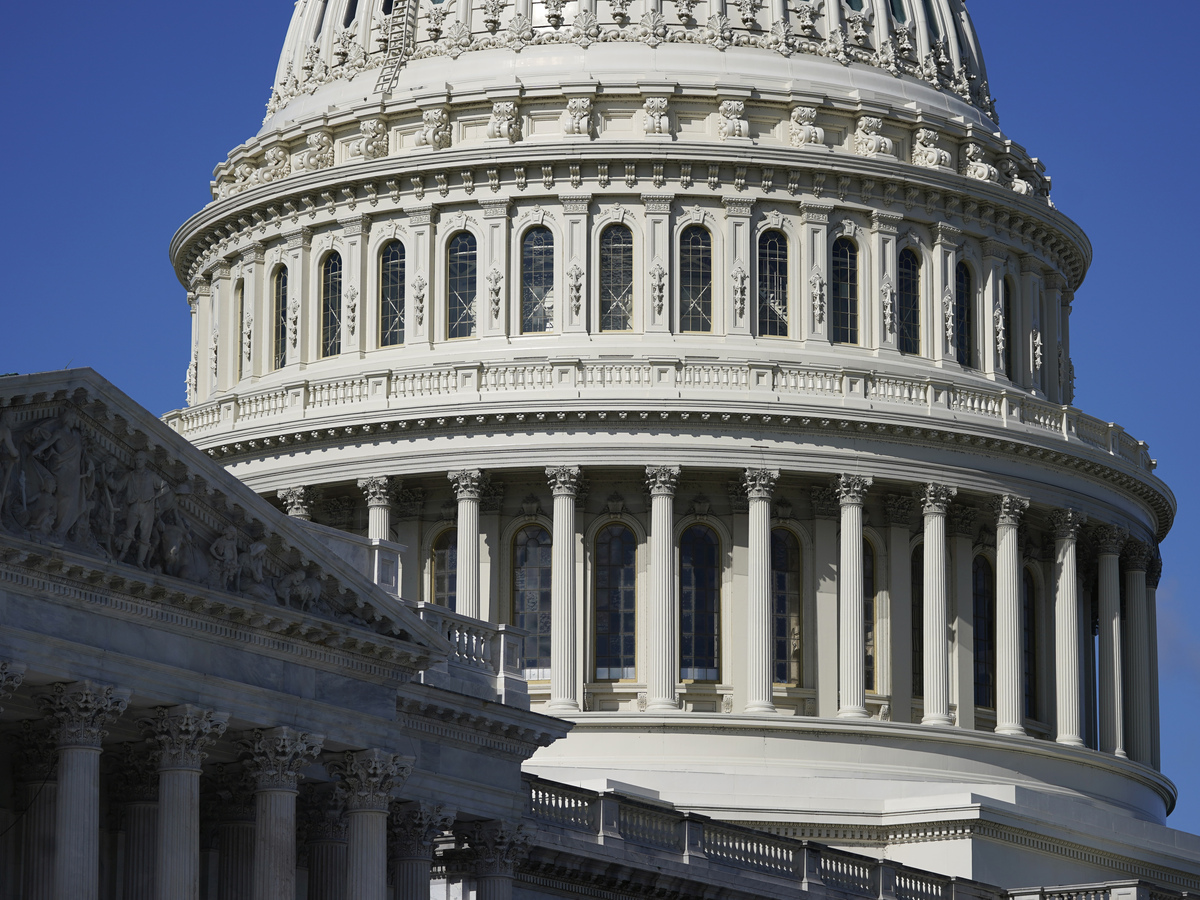 Democrats moved one victory closer to exceedingly narrow control of the Senate on Wednesday after winning one runoff election in Georgia and remaining ahead as votes continue to be counted in another.

The win brings Democrats to 49 seats in the Senate with one race remaining. If Jon Ossoff, a 33-year-old Democrat challenging Republican David Perdue, holds his early Wednesday lead, the Senate will be in a 50-50 tie. Vice President-elect Kamala Harris would be the tiebreaker, giving Democrats control of the House, Senate and White House for the first time since 2011.

Ossoff’s narrow lead — about 16,000 votes early Wednesday — left the race too close to call despite he and Warnock campaigning together. If his lead holds, Ossoff will become the youngest sitting senator and the first Jewish senator from Georgia. Although the race hasn’t yet been called, Ossoff claimed victory Wednesday morning.

“It is with humility that I thank the people of Georgia for electing me to serve you in the United States Senate,” he said.

Perdue has not conceded.

Control of the Senate significantly changes what Joe Biden can do, but most importantly, his party would now be able to set the legislative agenda. Democrats failed to make the kind of gains in the Senate in November that many had forecast, with GOP incumbents staving off strong challenges in several states. But with narrow control, they will wield the gavels for Senate committees, call hearings, and decide which items get top priority.

If Ossoff also wins, Sen. Chuck Schumer of New York is expected to replace GOP Sen. Mitch McConnell as majority leader and will determine which bills come to the floor for votes.

The ambitious proposals addressing climate change and health care and other domestic priorities touted by Biden and Harris would be difficult, if impossible, to advance with more moderate Democrats — especially those facing competitive 2022 midterm reelection campaigns — reluctant to sign onto partisan proposals. The much smaller than anticipated House Democratic majority compounds the challenge for the party.

Instead, Biden would need to consider which domestic priorities can get bipartisan support since Senate rules now require anything to get 60 votes to advance. The president-elect has already indicated that additional coronavirus relief will be his first priority, but he has also said he plans to unveil an infrastructure plan that could get support from Republicans.

Biden Cabinet nominees would fare better. It’s unclear with the short time between setting up committees and negotiating staff arrangements in the narrowly split chamber what that would mean for how quickly confirmation hearings and floor votes can happen with just two weeks before the inauguration.

Return of the bipartisan gangs

After months of stalemate over the size and scope of a coronavirus relief package in the closing weeks of the last Congress, a group of centrists from both parties led by West Virginia Democratic Sen. Joe Manchin and Maine Republican Susan Collins unveiled a $900 billion compromise plan that became the basis for the legislation that ultimately was approved by the House and Senate and signed by the president.

Manchin has said he hopes that model can translate into efforts in 2021.

Other Republican moderates such as Sen. Mitt Romney of Utah and Sen. Lisa Murkowski of Alaska who helped on the COVID-19 aid package could also serve as powerful players if they decide to work across the aisle.

Liberal Democrats have pressed to get rid of the legislative filibuster so that they can pass major health care or environmental bills with a simple majority.

Biden has sidestepped questions about whether he supports doing away with keeping the 60-vote threshold, but several top Senate Democrats have signaled that they back changing a rule that many of them once insisted was essential to the institution. If Ossoff wins, there will be intense pressure on Biden and Democratic leaders to show they can pass some bills with GOP support, but if Senate Republicans stay largely unified to thwart the new administration’s agenda, calls to eliminate the filibuster will increase.

Manchin has publicly said he will oppose any effort to change the rules, and he will have outsized influence in the closely divided chamber.
Source Link