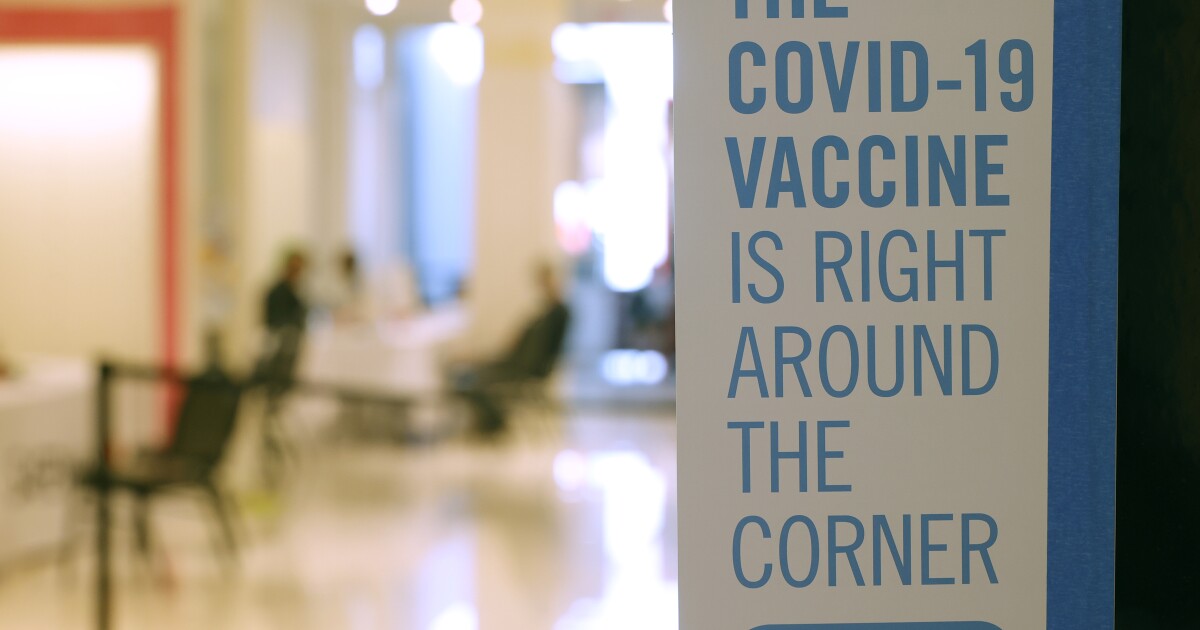 To hear Gov. Gavin Newsom tell it, the question of whether you’re eligible for a COVID-19 booster shot in California is an easy one.

“If it’s been 6 months since you received Pfizer/Moderna or 2 months since [Johnson & Johnson], you can get your shot,” he tweeted Tuesday morning. “It’s that simple.”

However, a quick scan of the replies to his message shows that, for some, things still aren’t that cut and dried. Eligibility questions have still thwarted people when trying to snag an appointment at major pharmacy chains. Others say the state’s own online platform is telling them they can’t get the shots.

As one user put it: “I tried to make an appointment last night and the site told me I wasn’t qualified. There’s no way around it but to lie …”

But do you really have to fib to get the jab?

The stumbling block is the criteria listed to qualify for a booster shot when trying to book an appointment. Some have said they don’t qualify for any of the categories.

For instance, on the state’s MyTurn.ca.gov vaccine scheduling website, the site asks:

Are you in one of the following eligible groups?

If you say “no,” the website says you’re not eligible for the booster at this time.

But there is, in fact, one category for which virtually all adults qualify, according to a permissive interpretation articulated recently by health officials across California and in New York City.

This confusing language on California’s vaccination website is shorthand from the U.S. Centers for Disease Control and Prevention, which sets official recommendations on who is eligible for the vaccine.

All recipients of the Johnson & Johnson shot have been recommended to get a booster two months after their initial vaccination.

But for weeks, the CDC website has said that, among people who got the Pfizer-BioNTech and Moderna shots, those eligible for a booster include adults “who work or live in high-risk settings.” They can be workers in settings such as schools, hospitals, grocery stores, factories and jails.

But the CDC also pointedly allows vaccinated adults to use their own judgment in determining whether they think they’re “at increased risk of being exposed to COVID-19.”

It’s this loose interpretation that a number of states and local governments are zeroing in on as they urge all fully vaccinated adults to get a booster shot as soon as possible.

California’s health officer and director of public health, Dr. Tomás Aragón, said in a letter to vaccine providers that adults can decide to get a booster shot if they feel they’re at higher risk of exposure to the coronavirus simply by living in an area heavily affected by COVID-19 — a criteria that could essentially describe anyone worldwide.

The letter directed vaccine providers: “Do not turn a patient away who is requesting a booster,” as long as enough time has passed since the person has received an initial vaccination series.

Updates to California’s scheduling site may emerge in days. On Tuesday morning, the MyTurn site was updated: “Announcement: Booster doses are now available to people age 18+. Find a walk-in clinic now or schedule an appointment on My Turn starting 11/18.”

However, the older eligibility question is still listed when trying to book an appointment.

California health officials sought to clarify things further Tuesday, releasing new guidance that all adults at least six months removed from their last dose of Pfizer-BioNTech or Moderna, or two months clear from their single J&J shot, can get a booster.

San Francisco officials issued a news release Friday evening offering advice on how to fill out forms. While local city-affiliated clinics “are ready to turn no one away, health systems and pharmacies may need time to respond to the booster expansion. For example, patients may still see screening tools used during appointment bookings asking them to attest to a narrower set of eligibility criteria. As the systems are updated, people should choose the least restrictive of the criteria that applies to them. Many work and residential settings pose the risk of exposure to COVID.”

Not only have California and New York City made the case for this interpretation, but so has Colorado, which has said that “because COVID-19 is spreading quickly throughout the state, Colorado is a high-risk place to live and work,” and thus all adults are eligible for the booster.

New Mexico made the same interpretation, with a top statewide health official stating that, with high case rates and hospitals beyond capacity, the state is now in a “high-risk setting.”

As a result, there are many health officials who say you can, in good conscience, declare that you are eligible for the booster because you’re “at high risk for COVID-19 exposure due to occupation or institutional setting.”

What’s the reason for this confusing situation?

A lot of it has to do with a September debate by an advisory committee of scientists to the U.S. Food and Drug Administration who opposed recommending all adults get a booster.

In August, members of President Biden’s COVID-19 task force signaled that the federal government would be ready to offer all vaccinated adults booster shots by late September if the FDA and CDC’s independent review of the situation resulted in such a recommendation.

While there was widespread consensus that seniors 65 and over and others at high risk of severe illness from COVID-19 should get the booster, there was plenty of debate whether the available data pointed to recommending that younger, healthier adults also should.

But new federal recommendations might come out soon. The FDA is currently evaluating a new request by Pfizer/BioNTech to make its vaccine available as a booster to all adults.

A number of health officials and experts have weighed in about the broad importance of boosters to the pandemic response.

“And if you look at Israel — which has always been a month to a month and a half ahead of us in the dynamics of the outbreak in their vaccine response and in every other element of the outbreak — they are seeing a waning of immunity, not only against infection, but against hospitalizations, and to some extent death, which is starting to now involve all age groups. It isn’t just the elderly,” Fauci said.

Dr. Scott Gottlieb, a former head of the FDA and a member of Pfizer’s board, said on the CBS News program “Face the Nation” that the confusing message about boosters may end up being “one of the biggest missed opportunities in this pandemic.”

“We now see very clear evidence of declining vaccine effectiveness over time. There’s different reasons why that may be the case, but the trend is unmistakable,” he said. “Anyone who’s eligible for a booster — and most Americans probably are eligible for a booster at this point — should be going out and seeking it. And this is the fastest way that we can increase the total immunity in the population,”

People who have been vaccinated long ago “may only have 50% of its effectiveness left,” Gottlieb said, but getting a booster can restore effectiveness to 95% “based on the data that we’ve seen — within a matter of days.”