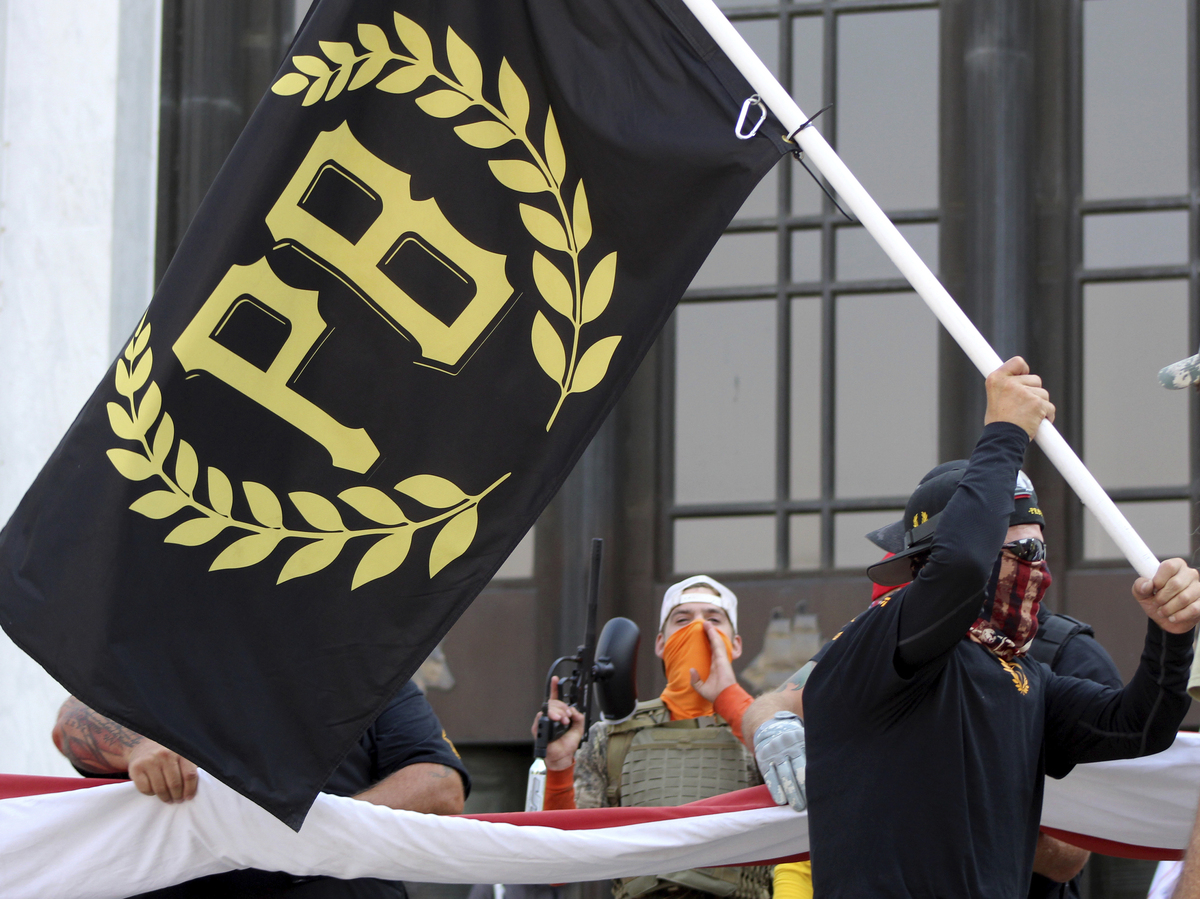 The Proud Boys, a white nationalist, chauvinist group, has engaged in several violent clashes, including the 2017 Charlottesville, Va., “Unite the Right” rally.

Federal agents on Wednesday arrested a prominent member of the Seattle chapter of the Proud Boys, a nationalist, chauvinist organization, for his role in storming the U.S. Capitol with other pro-Trump rioters on Jan. 6.

Separately, a federal grand jury in Washington, D.C. on Wednesday indicted Nicholas DeCarlo and Nicholas R. Ochs for conspiracy to obstruct Congress, and other charges related to the insurrection. The indictment says Ochs purports to have founded of the Honolulu Proud Boys.

The U.S. Justice Department charges all three men planned to overrun the Capitol in order to stop Congress’ certification of the 2020 electoral votes.

More than 100 people have been charged so far for breaching the Capitol last month. Investigators have focused on members of far-right organizations and other extremist groups, who they believe conspired to storm the Capitol building and disrupt the proceedings that day. Of those already arrested and charged have been members of the paramilitary group the Oath Keepers, the Three Percenters, and other self-described Nazi and white supremacy groups.

Nordean’s arrest came the same day Canada categorized the Proud Boys, whose founder is Canadian, as a terrorist group. They were included on the same list as the Islamic State and al-Qaeda.

The Justice Department says the 30-year-old Nordean, who is from Washington and associated with the Seattle Proud Boys, posted several days before the Capitol insurrection of his plans to organize a group to travel to Washington, D.C. to start conflict.

According to Nordean’s criminal complaint, he posted online two weeks before the Capitol insurrection asking for donations of “protective gear” and “communications equipment.”

Then, on Jan. 4, Nordean, who also goes by Rufio Panman, posted a video on social media with the caption: “Let them remember the day they decided to make war with us.”

In a video shared later that day, Nordean interviewed an unnamed person who planned to travel to D.C. For more than an hour, Nordean spoke of “blatant, rampant voter fraud” in the presidential election, repeating false claims made by then President Trump. He said in the video, “Democracy is dead? Well, then no peace for you. No democracy, no peace.”

Federal prosecutors say DeCarlo, 30, and Ochs, 34, agreed before Jan. 6 to travel to Washington, D.C. to “stop, delay and hinder” the election certification by Congress. DeCarlo is from Burleson, Texas and Ochs is from Honolulu.

The complaint says once the initial wave of protesters stormed the Capitol, DeCarlo and Ochs followed and shared what they were doing inside of the building with real time posts on social media.

Prosecutors say Ochs and DeCarlo are responsible for writing the words, “MURDER THE MEDIA,” on the Capitol’s Memorial Door. The two men posted a picture online, with their thumbs up, standing next to the door.

DeCarlo and Ochs, while in the Capitol, also stole a pair of flexible handcuffs belonging to a Capitol Police officer.
Source Link