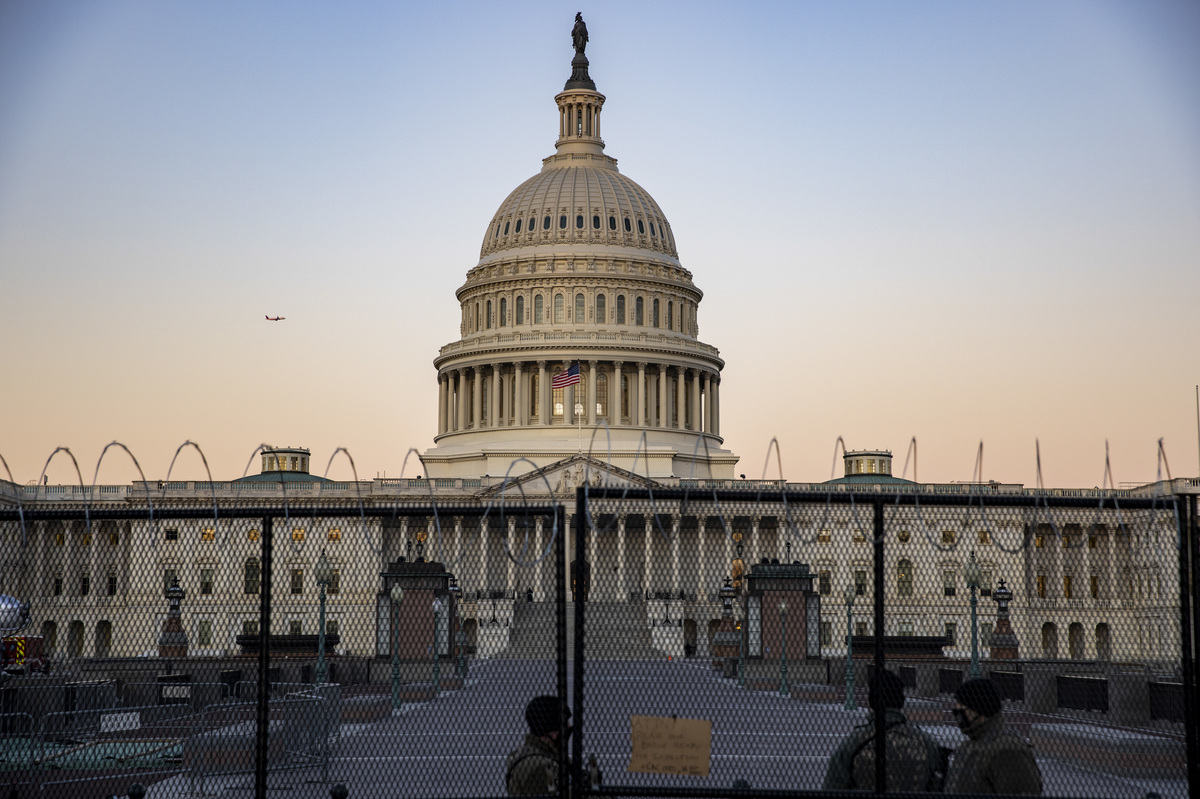 Lawyers for Donald Trump are rejecting the House managers’ case for convicting the former president, calling it unconstitutional “political theater” and urging the Senate to dismiss the case.

In a brief filed Monday on the eve of Trump’s second impeachment trial, his attorneys presented an outline of their defense against the allegation that Trump incited the deadly insurrection at the U.S. Capitol on Jan. 6.

The lawyers — Bruce Castor Jr., David Schoen and Michael van der Veen — allege that the Democratic-led effort to impeach and convict the former president is driven by “Trump Derangement Syndrome.”

“Through this latest Article of Impeachment now before the Senate, Democrat politicians seek to carve out a mechanism by which they can silence a political opponent and a minority party,” they write. “The Senate must summarily reject this brazen political act.”

The Senate is evenly split 50-50 between Democrats and Republicans, which means the House managers would need to convince 17 GOP senators to vote to convict Trump. That appears unlikely, given that 45 Republicans voted late last month that the trial would be unconstitutional since Trump is out of office.

Fully aware of that, Trump’s attorneys allege in their brief that the article of impeachment passed by the House last month is unconstitutional. The Senate, they argue, lacks jurisdiction to try Trump because he is no longer president and therefore cannot be removed from office, which they assert is a constitutional requirement.

Many scholars dispute that notion and say the trial is constitutional, and there is precedent for the Senate trying a former government official.

Trump’s lawyers also deny he incited the insurrection, which took place shortly after the then-president spoke to his supporters and urged them to “fight like hell.”

“Contrary to the false narrative set forth by the House Managers, Mr. Trump’s speech was never directed to inciting or producing any imminent lawless action,” they write. “It is important to read the speech in its entirety, because the House Managers played shamefully fast and loose with the truth as they cherry-picked its content along with content from other speeches made to other audiences.”

The attorneys say Trump “did not direct anyone to commit lawless actions.”

“[House impeachment managers] claim that he could be responsible if a small group of criminals (who had come to the capitol of their own accord armed and ready for a fight) completely misunderstood him, were so enamored with him and inspired by his words that they left his speech early, and then walked a mile and a half away to ‘imminently’ do the opposite of what he had just asked for, is simply absurd,” they say in their brief.

The lawyers argue that when Trump told the crowd near the White House on Jan. 6 that, “We fight like hell and if you don’t fight like hell, you’re not going to have a country anymore” was not a call to arms.

“His statements cannot and could not reasonably be interpreted as a call to immediate violence or a call for a violent overthrown [sic] of the United States’ government,” they say.

Trump’s legal team put forward several other legal arguments in his defense, including that the former president’s remarks amount to First Amendment-protected speech.

They also criticize the impeachment process, saying the House rushed to vote without conducting any investigation of the facts.

The attorneys accuse House Democratic leadership of “prey[ing] upon the feelings of horror and confusion that fell upon all Americans across the entire political spectrum upon seeing the destruction at the Capitol on January 6 by a few hundred people.”

“Instead of acting to heal the nation, or at the very least focusing on prosecuting the lawbreakers who stormed the Capitol, the Speaker of the House and her allies have tried to callously harness the chaos of the moment for their own political gain,” they write.

House impeachment managers, all Democrats, responded Monday to the arguments put forth by the Trump legal team, claiming that the former president “has no valid excuse or defense for his actions. And his efforts to escape accountability are entirely unavailing.”

The filings come a week after the House impeachment managers submitted their own legal brief.

In that document, the managers argue that Trump was directly responsible for the attack on the Capitol, which left five people dead, and that he should be convicted and barred from holding future federal office.

“The Nation will indeed remember January 6, 2021—and President Trump’s singular responsibility for that tragedy. It is impossible to imagine the events of January 6 occurring without President Trump creating a powder keg, striking a match, and then seeking personal advantage from the ensuing havoc,” the House managers wrote in their brief.
Source Link