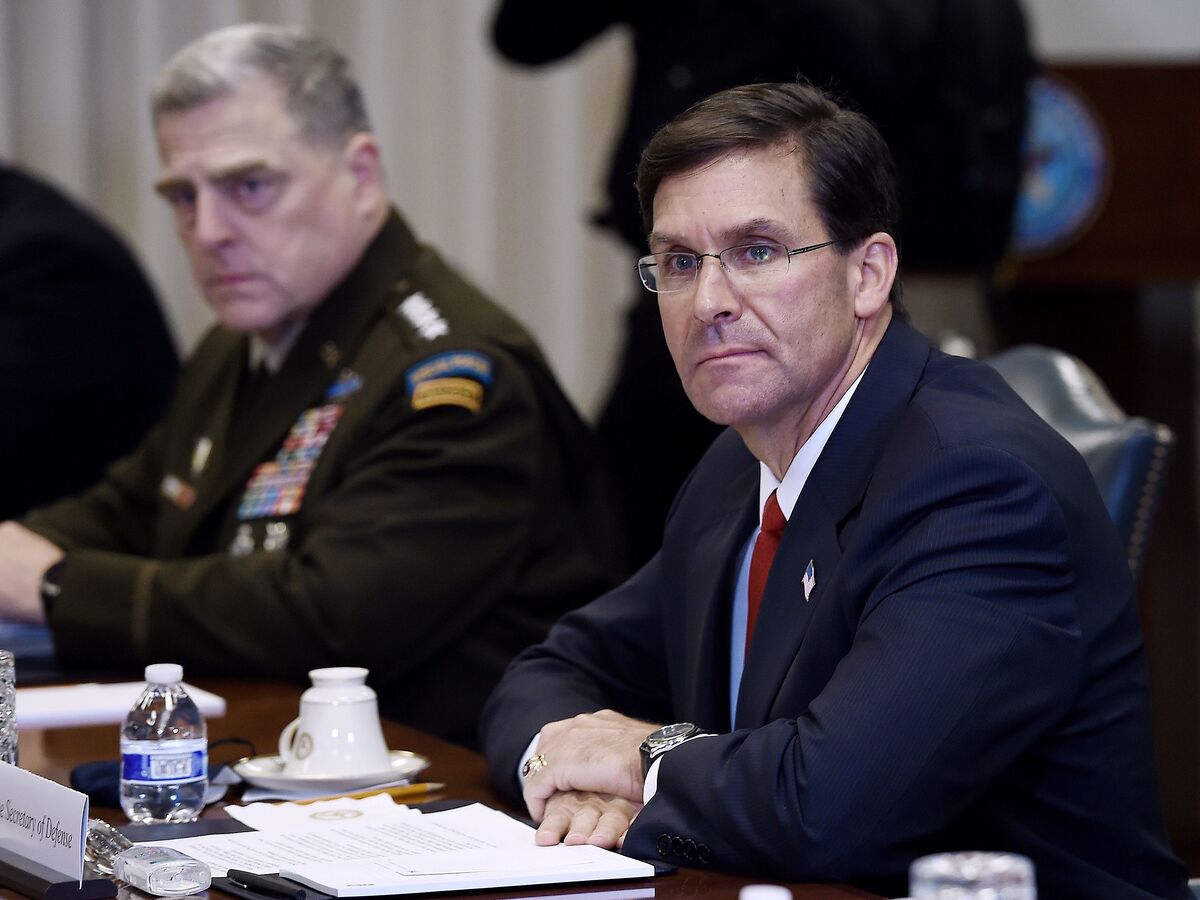 Former U.S. Secretary of Defense Mark Esper joined nine other former defense secretaries in calling for an end to challenges to the presidential election.

The U.S. presidential election, and the time for questioning its results, is over, all 10 living former secretaries of defense wrote in a forceful op-ed published on Sunday.

“Our elections have occurred. Recounts and audits have been conducted. Appropriate challenges have been addressed by the courts. Governors have certified the results. And the electoral college has voted,” the ten men from both Republican and Democratic administrations, wrote.

“The time for questioning the results has passed; the time for the formal counting of the electoral college votes, as prescribed in the Constitution and statute, has arrived,” they said.

The bipartisan group of leaders published the letter in The Washington Post as President Trump continues to deny his election loss to President-elect Joe Biden. On Saturday, Trump even pressured Georgia Secretary of State Brad Raffensperger to “find” votes to overturn his defeat during a one-hour phone call Saturday.

Two Pentagon heads who served under Trump — Jim Mattis and Mark Esper — also signed the piece. Trump removed Esper in November as part of a major shakeup at the Department of Defense.

The op-ed comes as some Republican lawmakers in Congress plan this week to formally object to the certification of the Nov. 3 presidential election results.

Since the vote, Trump and his attorneys have repeatedly asserted false claims of voter fraud and blamed, without evidence, that his loss to Biden was due to widespread irregularities. But his insistence that the election was stolen has led to some speculation he could somehow use the military to remain in office past Biden’s Jan. 20 inauguration.

The ten signatories made it clear that any effort to involve U.S. armed forces in resolving election disputes would take the country “into dangerous, unlawful and unconstitutional territory.”

They wrote, “Civilian and military officials who direct or carry out such measures would be accountable, including potentially facing criminal penalties, for the grave consequences of their actions on our republic.”

“Each of us swore an oath to support and defend the Constitution against all enemies, foreign and domestic. We did not swear it to an individual or a party,” Perry tweeted reiterating the op-ed’s lines.

The idea for this statement actually originated from Vice President Cheney.

Each of us swore an oath to support and defend the Constitution; that oath does not change according to party designation.https://t.co/NSsdLkZX9g

At the op-ed’s conclusion, the former secretaries also appeared to address Biden’s claims that his transition team has faced roadblocks put up by the Trump White House in meeting Pentagon leaders ahead of his inauguration.

“Acting defense secretary Christopher C. Miller and his subordinates — political appointees, officers and civil servants — are each bound by oath, law and precedent to facilitate the entry into office of the incoming administration, and to do so wholeheartedly,” they wrote. “They must also refrain from any political actions that undermine the results of the election or hinder the success of the new team.”
Source Link