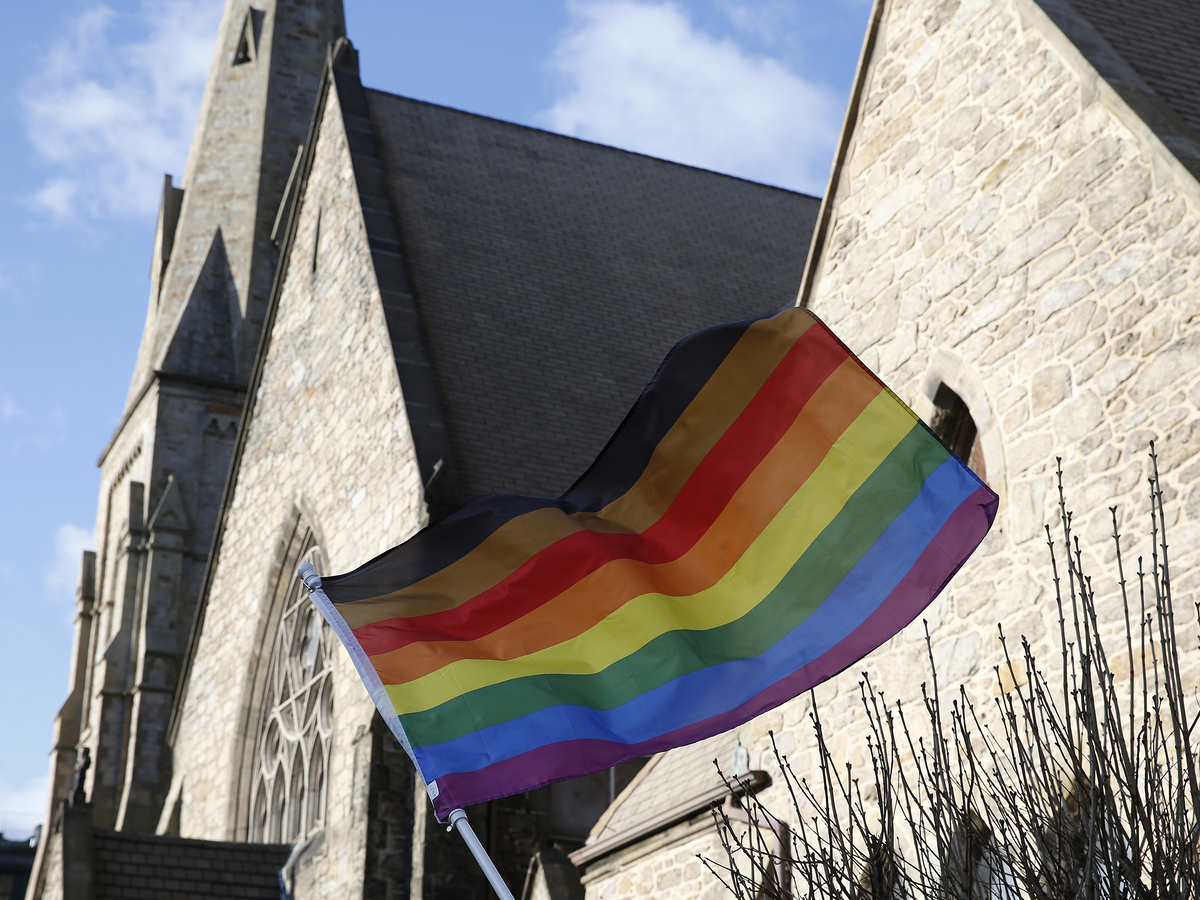 A potential revision of federal civil rights law to extend protection to LGBTQ people could soon get a long-delayed vote in the U.S. Senate, but concerns about its implications for religious freedom cloud its prospects for final passage.

The Equality Act, which would ban discrimination based on sexual orientation and gender identity, has twice passed the House. Republicans in the Senate have until now blocked its consideration, but Democratic control there should finally ensure at least a hearing.

Support for LGBTQ rights has increased dramatically since passage of the Civil Rights Act of 1964, when same-sex marriage was unheard of and homosexuality was widely seen as immoral.

“Public sentiment is with us,” says Rep. David Cicilline, D-R.I., an openly gay legislator and the lead Equality Act sponsor in the House. “This is going to be a vote that’s going to be remembered in the history books, and I think people are going to want to be on the right side of history.”

Faith groups are deeply split over the proposal. Despite large majorities of the U.S. population favoring expanded LGBTQ rights, many faith groups still hold conservative ideas about marriage and sexuality and fear the Equality Act would punish them for adhering to those beliefs. Mainline Protestant denominations and other progressive faith groups have lined up in support of the legislation.

Among those in opposition are the National Association of Evangelicals, the U.S. Conference of Catholic Bishops, the Church of Jesus Christ of Latter-day Saints, the Seventh-day Adventist Church and the Coalition for Jewish Values, representing Orthodox rabbis. Together, the groups represent a broad swath of U.S. religious denominations.

“The Equality Act as written actually is devastating to the institutions that I represent,” says Shirley Hoogstra, president of the Council for Christian Colleges & Universities.

Under Title VI of the Civil Rights Act, institutions that engage in racial discrimination can be barred from receiving federal funds. The Equality Act would extend that provision to cover discrimination based on sexual orientation and gender identity.

Many faith-affiliated schools, however, require that students abide by strict moral codes related to sexual conduct, or they have gender-segregated housing that does not accommodate transgender people. Critics of the Equality Act say such policies would mean that students attending those schools could lose access to government aid programs.

“I couldn’t have gone to Southern Adventist University without student loans, which I’m still paying off,” says Todd McFarland, associate general counsel for the Seventh-day Adventist Church. “The threat is there, that we would lose that funding and the ability of our students to get Pell Grants, to get student loans.”

Critics of the Equality Act also fear it could open the door to lawsuits based on perceived employment discrimination based on religious beliefs.

Hoogstra, from the Christian colleges organization, thinks Democrats may also rethink their support for the bill when they recognize the depth of religious opposition.

“You think Democrats don’t want school lunch money going to religious schools? Really? Once they study the unintended or intended consequences, they’re going to want amendments,” she says. “We’re going to have Democrats who say, ‘I’ve got religious people. I’ve got Christian colleges. I’ve got yeshivas. I’ve got Latter-day Saints, Seventh-day Adventists. And I’m not going to pass a draconian bill.’ ”

Hoogstra’s group, along with Seventh-day Adventists, Latter-day Saints and members of some other denominations, support an alternative approach, called the Fairness for All Act, which also extends anti-discrimination protections for LGBTQ people, but with more religious exemptions.

Cicilline, who largely drafted the Equality Act, says existing civil rights law already includes religious exemptions. Institutions with a proven commitment to their beliefs, he says, may not have to worry whether policies in accord with those beliefs would threaten their funding.

“The determination would have to be made as to whether or not the decisions they are making are connected to their religious teachings and to their core function as a religious organization,” he says, “or is it a pretext to discriminate?”

Such a determination would presumably be made by the courts. Perhaps the most controversial provision in the Equality Act is a provision that claimants cannot use the Religious Freedom Restoration Act (RFRA) of 1993 to challenge any application of the legislation.

But that could mean religious schools could face expensive legal fights if they challenge the Equality Act, according to McFarland, the Seventh-day Adventist lawyer.

“We don’t think judges are the right people to do this,” he says. “We think the legislative body should draft a law that is in fact constitutional.” At stake, according to McFarland, is the First Amendment right to free exercise of religion.

The renewed drive to challenge the Equality Act on religion-based grounds has prompted some faith groups to ramp up support for the legislation. Among them are the Evangelical Lutheran Church in America, with nearly 4 million members, the U.S. Episcopal Church, other mainline Protestant denominations and most Jewish congregations. All have moved in recent years toward more tolerant positions in areas related to marriage and sexuality.

“It’s only been a little over a decade that our own movement has come to understand homosexuality and gender identity in different ways,” says Rabbi Jacob Blumenthal, CEO of the Rabbinical Assembly, an international association of rabbis in the Conservative tradition.

“We basically looked at the tradition and began to understand that the Jewish value of Kevod HaBeriyot, the dignity of every individual, is equal to or even takes precedence over some of our older tradition around attitudes toward homosexuality,” Blumenthal says.

Indeed, one lesson of history is that religious beliefs evolve in response to changing cultural attitudes. The transformation, in part, reflects altered interpretations of scripture and tradition. Theological discussions around issues of marriage and sexuality reflect this trend.

Retired Episcopal Bishop Gene Robinson, the first openly gay bishop in the Episcopal Church, likes to quote a story from the biblical account of the Last Supper.

In Robinson’s telling, Jesus says to his disciples, “There is much that I would teach you, but you cannot bear it right now. So I will send the Holy Spirit, who will lead you into all truth.”

“And the question I always ask my brothers and sisters in the conservative denominations,” Robinson says, “is, ‘Could it be that God is leading us into a deeper truth about gay and lesbian, bisexual, transgender people?’ ”

Given that religious beliefs do change over time, that evolution may be more important than new legislation for the promotion of LGBTQ rights.
Source Link