U.S. House Speaker Nancy Pelosi, a Democrat from California, speaks during a news conference at the U.S. Capitol in Washington, D.C., on Friday. Bloomberg/Bloomberg via Getty Images hide caption 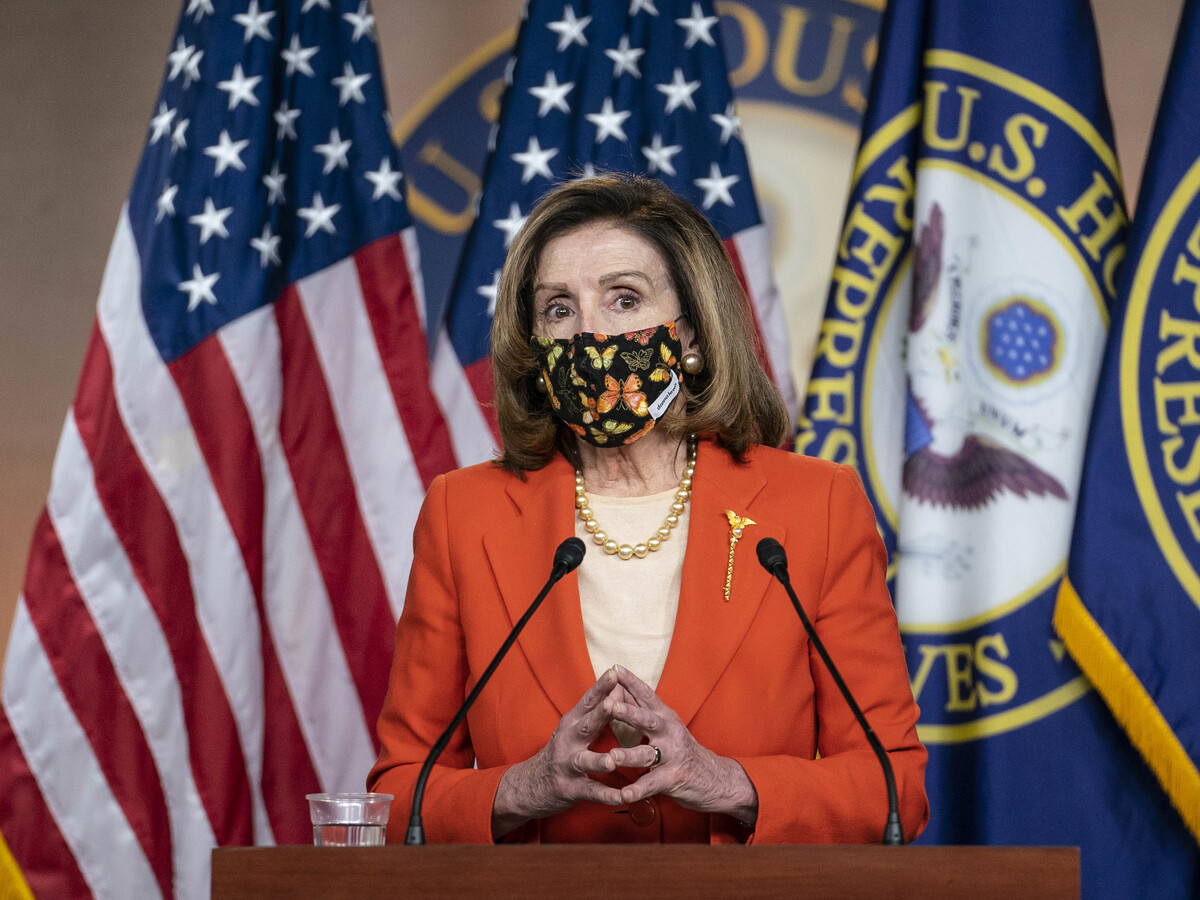 U.S. House Speaker Nancy Pelosi, a Democrat from California, speaks during a news conference at the U.S. Capitol in Washington, D.C., on Friday.

The FBI says in an arrest warrant filed late Sunday that a woman who was part of the mob that penetrated the U.S. Capitol earlier this month may have stolen a laptop computer or hard drive from House Speaker Nancy Pelosi’s office with the intent of funneling the device to Russia’s foreign intelligence agency.

The bureau is seeking Riley June Williams, a Pennsylvania woman, on charges related to the Jan. 6 breach of the Capitol, including entering a restricted building, disrupting the orderly conduct of government and engaging in disorderly or disruptive conduct.

However, the complaint/arrest warrant filed by the FBI’s Manassas, Va., office, says it is investigating a claim that Williams stole a laptop or hard drive from the speaker’s office. According to one witness, described as a former romantic partner of Williams, the accused “intended to send the computer device to a friend in Russia, who then planned to sell the device to SVR, Russia’s foreign intelligence service.”

Richard Barnett, a supporter of President Trump, holds a piece of mail as he sits inside the office of Speaker of the House Nancy Pelosi after protesters breached the U.S. Capitol in Washington, D.C., on Jan. 6. Saul Loeb/AFP via Getty Images hide caption 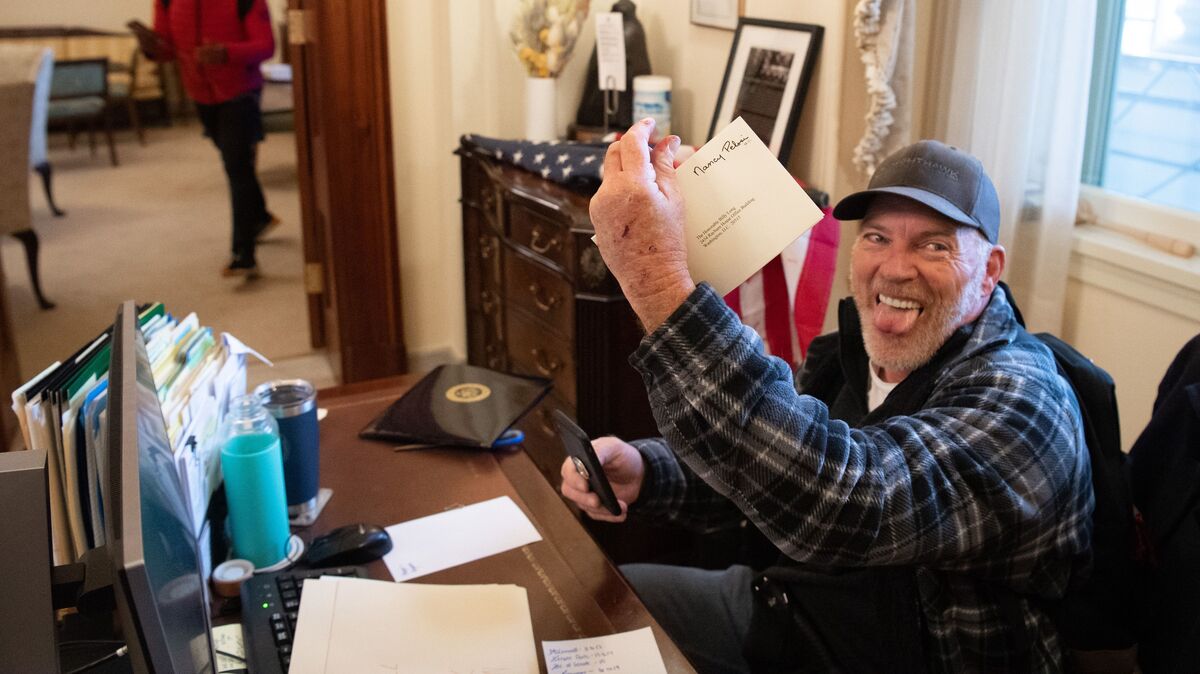 Richard Barnett, a supporter of President Trump, holds a piece of mail as he sits inside the office of Speaker of the House Nancy Pelosi after protesters breached the U.S. Capitol in Washington, D.C., on Jan. 6.

The unidentified witness said “for unknown reasons” the plan fell through and that Williams “still has the computer device or destroyed it.”

“This matter remains under investigation,” the FBI said.

In the days following the attack — in which rioters ransacked the speaker’s office and ripped a name plate from above her door — Drew Hammill, Pelosi’s chief of staff, confirmed in a tweet that a laptop “only used for presentations” had been taken from a conference room in the speaker’s office.

The speaker’s office could not immediately be reached early Monday for further comment on the FBI filing.

The affidavit provides a link to a video documentary filmed and produced by the London-based ITV News that includes video shot inside the Capitol as the rioters streamlined in. At about 20:40 into the video, a woman in glasses, wearing a green shirt and brown trench coat and carrying a black-and-white bag over her shoulder, identified as Williams, can be seen yelling “upstairs, upstairs, upstairs,” pushing and urging people up a stairs leading to Pelosi’s office.

In the documentary singles out the woman, saying she was “disciplined, focused, with a sense of urgency, directing people up a staircase.”

The same woman can be seen in other video taken outside the Capitol building on Jan. 6, according to the affidavit.

The FBI says Williams’ mother filed a report with police in Harrisburg about a suspicious person on Jan. 11 but that when officers interviewed her, Williams herself was not present. The suspicious person “was assumed” to be the same witness who had alleged Williams intended to sell the stolen laptop or hard drive, the bureau says.

“According to the Harrisburg officers, on January 16, 2021, they again spoke with WILLIAMS’ mother who told them that a British media crew had come to her home the night before, asking to speak with WILLIAMS, who was not present. The news crew presented WILLIAMS’ mother with one or more images taken at the U.S. Capitol on January 6, 2021. Her mother acknowledged that it was WILLIAMS in the image,” the affidavit says.

“It appears that WILLIAMS has fled,” it says.

In a separate ITV News segment posted Jan. 16, the documentary crew interviews Wendy Williams, who identified herself as the mother of the woman in the video and confirmed that the video showed her daughter. In the segment, the mother says that her daughter is not home.

More than 125 people have been arrested so far in connection with the attack on the Capitol, on charges from curfew violations to federal felonies, according to The Associated Press.
Source Link