A Capitol Police officer holds a program as people pay their respects at the remains officer Brian Sicknick, who died after defending the Capitol against the Jan. 6 insurrection. Demetrius Freeman/POOL/AFP via Getty Images hide caption 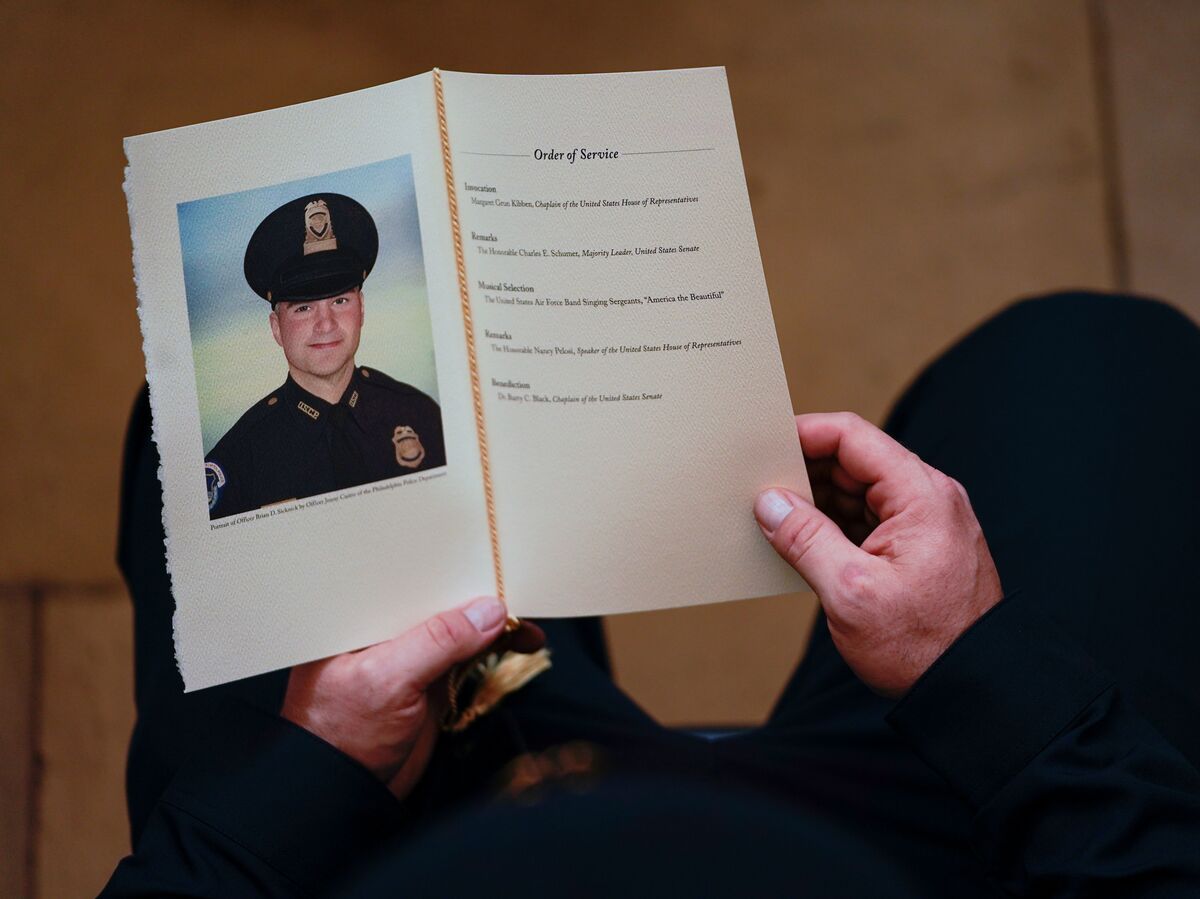 A Capitol Police officer holds a program as people pay their respects at the remains officer Brian Sicknick, who died after defending the Capitol against the Jan. 6 insurrection.

Capitol Police officer Brian Sicknick was injured while fending off the mob of Trump supporters who attacked the U.S. Capitol on Jan. 6. He died the following evening from his injuries.

The Justice Department opened a federal murder investigation into his death.

A law enforcement official says the FBI now has a video in which an individual can be seen spraying Sicknick and others during the Capitol assault.

The official cautioned that the bureau has not identified the suspect by name, and the video does not directly tie the individual to Sicknick’s death.

The Justice Department declined to comment on the video, and authorities have not provided the public details about Sicknick’s death, including its specific cause. The Capitol Police reiterated Friday night that the medical examiner’s report is not yet complete.

The U.S. attorney’s office for Washington, D.C., which is leading the Capitol riot investigation, has said Sicknick’s death is a top priority, and the office has devoted a specialized team to look into it.

It is just one aspect of a sprawling, nationwide investigation into the events of Jan. 6.

The acting deputy attorney general, John Carlin, told reporters Friday that more than 300 people have been charged so far in connection with the insurrection, and some 280 have been arrested.

Among those facing charges are members of extremist groups such as the Proud Boys and the Oath Keepers.
Source Link