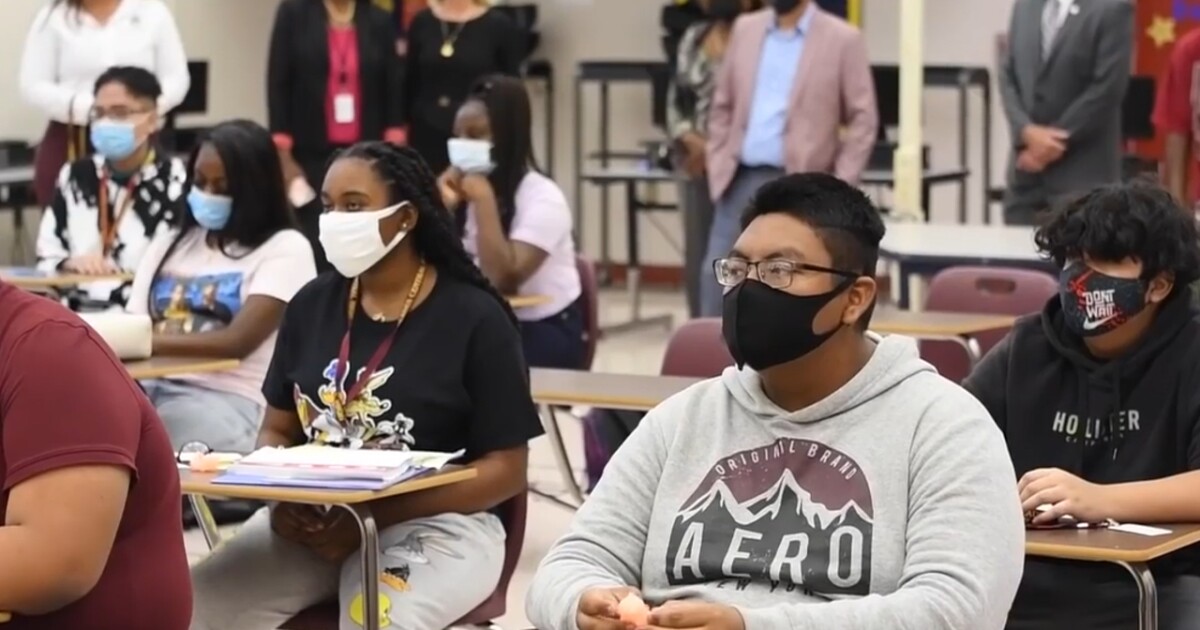 TALLAHASSEE, Fla. — In a critical decision impacting millions of students throughout the state, a Florida judge on Friday ruled that public school districts can legally impose universal mask mandates — without the ability for children to opt out — to slow the spread of COVID-19.

In issuing his ruling, Judge John Cooper of the 2nd Judicial Circuit Court of Florida delivered a crushing blow to Gov. Ron DeSantis, who in late July filed an emergency order that was designed to give parents the final say over whether their children should be masked in school.

Cooper on Friday said the governor has no legal authority to issue a blanket ban on school mask mandates.

A group of pro-mask parents filed a lawsuit earlier this month against DeSantis, Florida Education Commissioner Richard Corcoran, the Florida Department of Education, and the Florida Board of Education, saying the governor’s directive puts the health and safety of children at risk.

DeSantis argued that facial covering decisions fall under the guidelines of the newly passed Parents’ Bill of Rights, which gives parents and guardians general control over a child’s education, upbringing, and health care.

However, Cooper on Friday said the Parents’ Bill of Rights says nothing of banning school mask mandates, and DeSantis’ order “is without legal authority.”

“The defendants do not have authority under this law to a blanket, mandatory ban against a face mask policy that does not provide a parental opt out,” Cooper said. “They simply do not have that authority.”

Palm Beach, Indian River, and at least eight other public school districts in Florida are now requiring facial coverings for children without the ability to opt out. The only exceptions are for students with certain medical conditions.

Those sweeping mandates affect roughly 2.9 million students throughout the state.

Cooper said that based on surging COVID-19 cases because of the highly contagious delta variant, a “higher risk of infection to children,” and the Centers for Disease Control and Prevention recommending “universal indoor masking for all teachers, staff, students, and visitors to K-12 schools, regardless of vaccination status,” it is reasonable for school districts to enact facial covering requirements without opt-out provisions.

“We had a different, less infectious, less dangerous form of virus last year than we have this year,” Cooper said. “As the facts change on the ground, the need or failure to need for various measures will also change.”

While Cooper argued that “we all have personal rights,” he feels the right for students to not wear masks puts the health of other children at risk because of the dangers of the pandemic.

“Parents’ rights are very important,” Cooper said. “But they’re not without some reasonable limitation depending upon safety.”

RELATED: ‘Politicians who violated the law’ regarding school mask mandates will be penalized, DeSantis says

DeSantis has repeatedly threatened punishments for school officials who violate his emergency order.

However, the Florida Department of Education thus far has only began to penalize school districts in Broward and Alachua counties by withholding a portion of the salaries of certain school board members on a monthly basis.

In issuing his ruling Friday, Cooper said the state can no longer enforce the governor’s directive.

The judge added there was no COVID-19 state of emergency in effect in late July when DeSantis filed his emergency order.

“A one-size-fits-all policy for student health and safety as dictated by Tallahassee, in other words by the state, runs contrary to [a section] of the Florida Constitution,” Cooper said.

According to Cooper, school districts may create masking policies without a parental opt out, as long as those policies fall under the criteria of the Parents’ Bill of Rights of being “reasonable and necessary to achieve a compelling state interest and that such action is narrowly tailored.”

The lawsuit claims DeSantis overstepped his Constitutional authority by taking away the ability for school districts to make health-related decisions to provide a “safe, secure, and high quality system of free public schools.”

DeSantis said Thursday that if Cooper rules against the state, it will appeal his decision.

“We feel that the Legislature really made a big statement with their Parental Bill of Rights, and that’s an important piece of legislation,” DeSantis said during a news conference in Orlando.

“It’s not surprising that Judge Cooper would rule against parent’s rights and their ability to make the best educational and medical decisions for their family, but instead rule in favor of elected politicians. This ruling was made with incoherent justifications, not based in science and facts – frankly not even remotely focused on the merits of the case presented. We are used to the Leon County Circuit Court not following the law and getting reversed on appeal, which is exactly what happened last year in the school reopening case. We will continue to defend the law and parent’s rights in Florida, and will immediately appeal the ruling to the First District Court of Appeals, where we are confident we will prevail on the merits of the case.”

A spokesman for the Florida Department of Education said it’s “immensely disappointed that the ruling issued today by the Second Judicial Circuit discards the rule of law. This decision conflicts with basic and established rights of parents to make private health care and education decisions for children.”

This is a win for students, parents, teachers, and democracy.