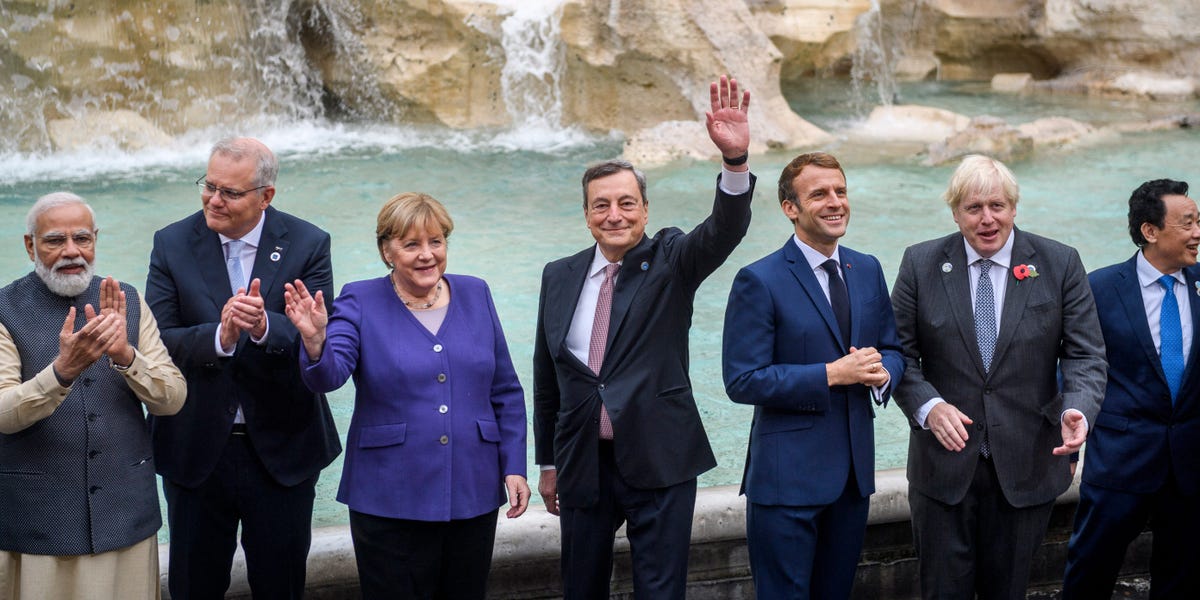 The verdict on climate change from the G20 summit is in — somewhat.

After two days worth of talks in Rome, world leaders released a joint statement, agreeing “meaningful and effective” action is needed “by all countries” to prevent global temperatures from reaching more than 1.5 degrees Celsius, as previously set forth by the Paris Agreement.

This aim is for this goal to be hit by 2050, as scientists warn the imminence of the climate crisis turning into a catastrophe. Despite this, the G20 conference ended with few proposals and vague commitments on how to hit this goal, CNN reports. For example, leaders promised to stop publicly financing coal generation, though failed to mention a timeline for entirely phasing out the energy source. China and Russia, meanwhile, pushed their targets to 2060.

The countries within the G20 Group, which include the United States, United Kingdom, China, and Russia, are responsible for 80% of the earth’s greenhouse gas emissions. Reception to the statement has been mixed among activists. Environmental nonprofit Greenpeace called it weak — one which lacked “ambition and vision,” while Tom Burke, chairman of agency E3G, lauded the change in tone from how leaders previously spoke about the climate crisis, The Guardian reports.

“This is an expression of a growing sense of urgency in the G20, driven by both events and science. This is a political signal that will add momentum to the Cop and help in reaching agreement at Cop. We were not expecting this language,” Burke said per The Guardian.

United Nations Secretary-General António Guterres, meanwhile, tweeted he left Rome with his hopes “unfulfilled,” though stated he welcomed the “recommitment to global solutions.” UK Prime Minister Boris Johnson said only 12 of the 20 G20 members committed to the 2050 pledge, adding the countries most responsible for the climate emergency have yet to do their fair share of work.

Many member states now head off for the COP26 climate summit in Glasgow, which starts Monday and is set to be hosted by Johnson.