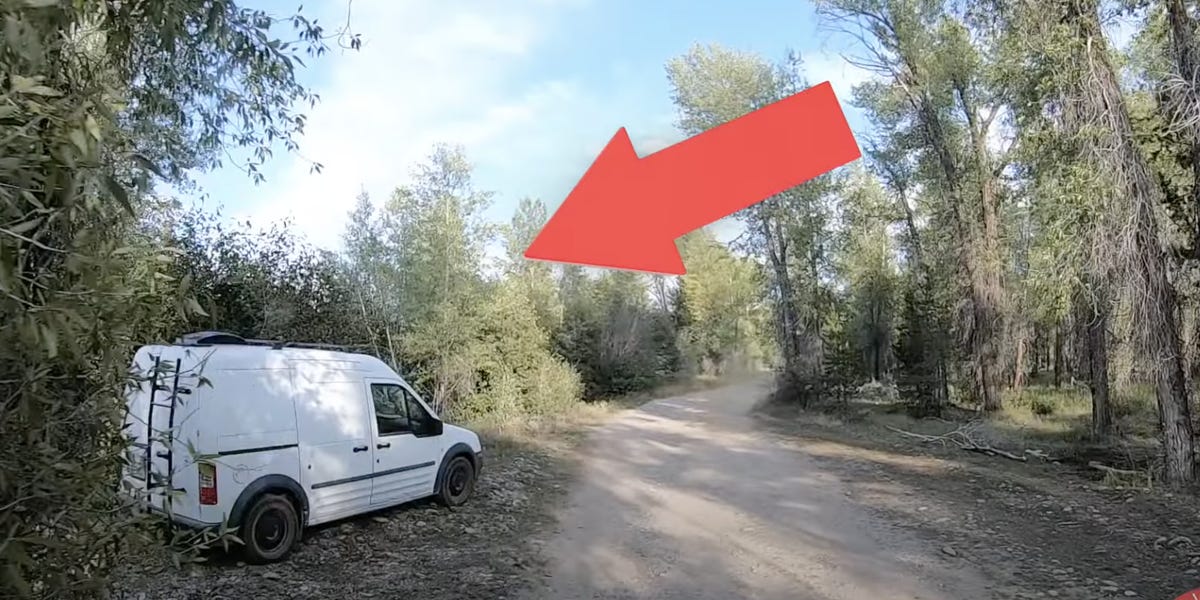 A video posted online early Sunday filmed by family travel vloggers purports to show the van that missing New York woman Gabby Petito and finacé Brian Laundrie were traveling in around the time it is believed she went missing.

The video, which was shared on social media by Jenn and Kyle Bethune, known on YouTube as “Red White & Bethune,” was captured on August 27 at around 6 p.m. in Grand Teton National Park’s Spread Creek Dispersed Camping Area, Jenn Bethune told Insider.

Bethune said she saw the video for the first time Saturday night when she was looking for footage to upload to her YouTube channel on Sunday.

“We are a couple of weeks behind on our footage,” Bethune told Insider in an interview Sunday. The video, which shows a white van that appears identical to photos of the 2012 Ford Transit van released by authorities, was captured on a GoPro camera atop of the Bethune family’s converted 1983 Silver Eagle Bus, she told Insider.

The camera was accidentally left recording by her husband, she said, which resulted in the video of what they believe is the van the couple was traveling in around the time she disappeared.

Bethune said she and her husband, who are from Florida, initially noticed the van because it had Florida license plates. Petito and Laundrie lived together in Florida before they embarked on their road trip earlier this summer from Petito’s hometown in Suffolk County, New York.

“We were going to stop and say hi, but the van was dark and didn’t look like there was activity, so we just decided to keep going,” Bethune said.

Nothing about the van, which they noticed while they looked for a campsite, struck her as abnormal.

“It was for sure normal,” she said. “It’s dispersed camping land so anybody can camp there and it is totally normal to see vans. There are thousands of those particular vans out west.”

Bethune said she spoke with Petito’s mother, Nichole Schmidt, via FaceTime on Sunday. She said Schmidt thanked her for sharing the footage.

“We had a very good cry together from one mom to another,” Bethune said.

She added she contacted the FBI at 1 a.m. Sunday immediately after she found the footage. She said she was told to submit it through the FBI’s online tip website. She hadn’t heard from the agency since she uploaded the video early this morning, she said.

A spokesperson for the FBI field office in Denver told Insider it had no further comment on the video beyond a statement on its Twitter page.

It added: “The Spread Creek Dispersed Camping Area is located in the Bridger-Teton National Forest on the east boundary of Grand Teton National Park. This area is closed to the public and will remain closed until the surveys are complete.”

Laundrie returned to his parent’s home in Florida on September 1. Petito was reported missing by her mother in New York on September 11.