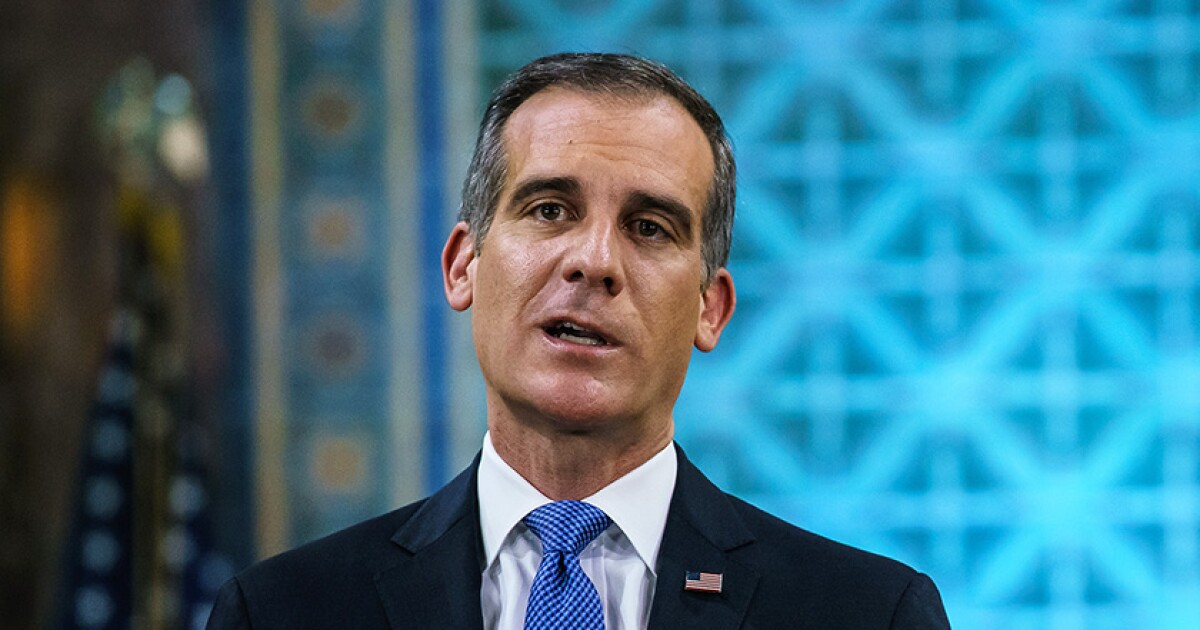 A new citywide, anti-poverty proposal by Los Angeles Mayor Eric Garcetti would give cash — strings-free — to thousands of city residents in the coming months.

Garcetti’s $24-million Basic Income Guaranteed program, which will be included in his city budget to be released Tuesday, would provide $1,000 a month to 2,000 Los Angeles families for a year. There will be no obligation on how to spend the money, according to the mayor’s office.

Progressive mayors across the country have embraced such “universal basic income” programs, which typically provide a monthly stipend to a small pool of residents. Initiatives in Stockton and Jackson, Miss., have already been launched, and other cities are exploring similar initiatives.

Already, the Los Angeles City Council has unveiled plans to spend more than $11 million in funds diverted from the Los Angeles Police Department budget on initiatives in South L.A. and the San Fernando Valley on such programs.

In the South L.A. district represented by Councilman Curren Price, a program will provide $1,000 per month for a year to 500 households headed by single parents. It’s expected to launch this summer.

A Garcetti spokesman said the $24-million allocation for a citywide program would be in addition to those proposed efforts. The mayor’s budget requires approval by the City Council.

The program is expected to be highlighted in Garcetti’s annual State of the City speech Monday night.

Garcetti is a member of Mayors for a Basic Guaranteed Income, which launched last year and advocates for a guaranteed income at the local, state and federal levels.

“Too many Americans are one missed paycheck away from an eviction or being unable to put food on the table — and that was true long before COVID-19,” Garcetti said in a statement when the group launched.

Jon Coupal, president of the Howard Jarvis Taxpayers Assn., said his group opposes such programs unless they are paid for with private dollars.

Government programs that “give away free money” discount the value of work, he said.

“When people are employed, they develop social networks, they learn to interact with their fellow human beings,” he said. “The value of work is well documented, and just giving people free money discounts the value of being a productive member of society.”