Georgia voters cast their ballots in Chanblee for runoff elections in early January. Georgia’s Republican lawmakers have proposed a number of changes to cut down on voting options. Virginie Kippelen/AFP via Getty Images hide caption 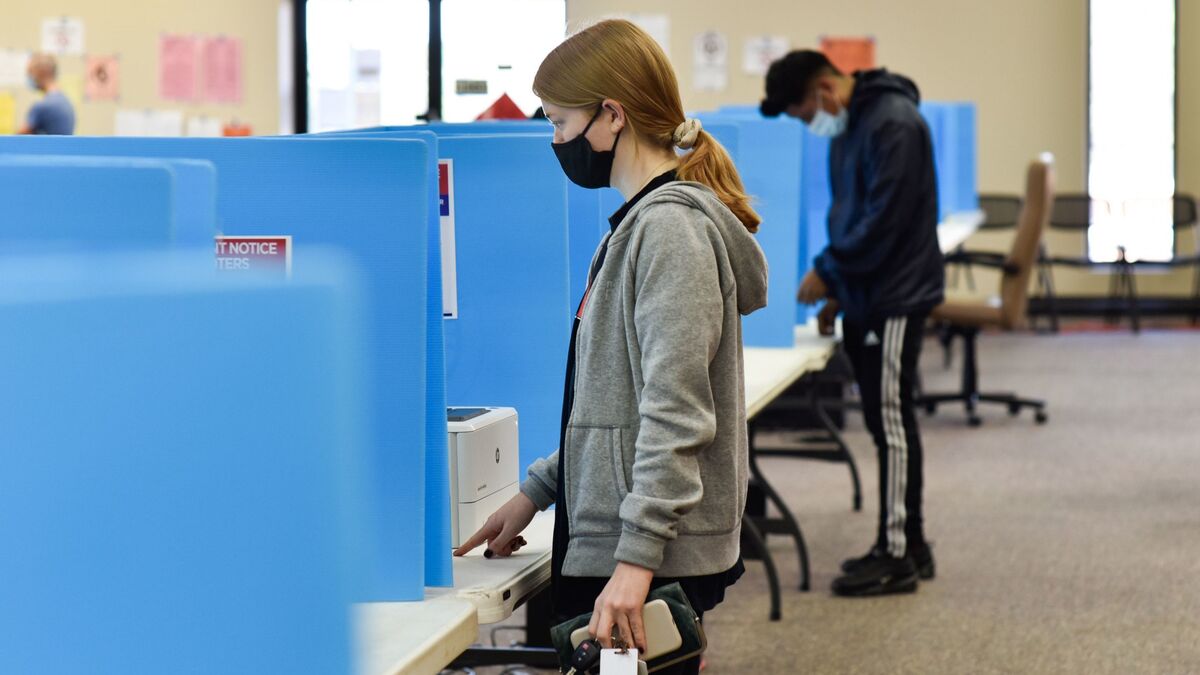 Georgia voters cast their ballots in Chanblee for runoff elections in early January. Georgia’s Republican lawmakers have proposed a number of changes to cut down on voting options.

Over objections from Democrats, Georgia House Republicans passed a sweeping elections bill that would enact more restrictions for absentee voting and cut back on weekend early voting hours favored by larger counties, among other changes.

HB 531, which passed 97-72 Monday, would also strip the secretary of state of his role as chair of the State Election Board, prevent county elections offices from receiving direct grant funding, shorten Georgia’s runoff election period, and require counties to add more staff, equipment or polling places in large precincts with long voter lines.

The bill’s sponsor, GOP Rep. Barry Fleming, who chairs the House Special Committee on Election Integrity, said the 66-page measure “is designed to begin to bring back the confidence of our voters back into our election system” after Republicans lost confidence in the GOP-backed voting system following Democrats’ victories in the November presidential contest and both U.S. Senate races.

One of the most controversial sections in the bill would mandate that all counties have the same early voting dates and times: three weeks of Monday-through-Friday voting, one mandatory Saturday and then one additional Saturday or Sunday during the first weekend.

“The bill sets more uniform voting times for advanced voting across the state, and attempts to bring more uniformity to our state and less confusion,” Fleming said.

But Rep. Calvin Smyre, a Black Columbus Democrat and the longest-serving member in the chamber, said Fleming’s logic was hypocritical and discriminatory against Black voters who use the second Sunday for “souls to the polls” events.

“It takes away the ability to have uniformity in every county,” he said. “For example, if a county chooses the first Sunday, the situation will be extremely confusing for county residents with voting closed on that Saturday. An avalanche of misinformation will follow regarding when voting happens on weekends. Confusion deters voting, which brings about voter suppression.”

Speaker pro tem Jan Jones, a Milton Republican, spoke about sections of the bill that would restrict access to secure drop boxes, limiting the number of boxes and requiring them to be inside early voting sites and only available during in-person early voting.

“Drop boxes are the most inconvenient way to vote absentee,” she said. “Were we to eliminate drop boxes, which we are not, not a single absentee voter would be inconvenienced because every voter has a drop box called a mailbox.”

In addition to the drop boxes, Georgia voters can return absentee ballots in person to their county elections office or use the mail, both arguably more inconvenient than a secure 24/7 monitored drop box that minimizes human contact in a pandemic.

Rep. Bee Nguyen, a Democrat from Atlanta, said in a floor speech that Republican lawmakers were passing harmful legislation that helps continue a narrative that led to death threats for elected officials and elections workers, and contributed to the insurrection at the U.S. Capitol in January.

“We are legislating on lies … lies, misinformation and conspiracy theories that have gone unchecked by many members of this body, who stayed silent, who signed on to the Texas lawsuit or who encouraged sham hearings in our General Assembly,” she said. “Members of this body aided and abetted a deliberate misinformation campaign to sow seeds of doubt among Georgia voters with absolutely no facts or evidence.”

Minority Leader James Beverly said the bill did not reflect bipartisan efforts to handle election changes and said it “silences the voice of Georgians.”

The bill now heads to the Senate, which is considering its own omnibus measure that would end no-excuse absentee voting, among other changes.
Source Link