Georgia Republican Sen. David Perdue is quarantining after possible exposure to the coronavirus ahead of one of two crucial runoff elections in the state that will determine what party controls the United States Senate. Jessica McGowan/Getty Images hide caption 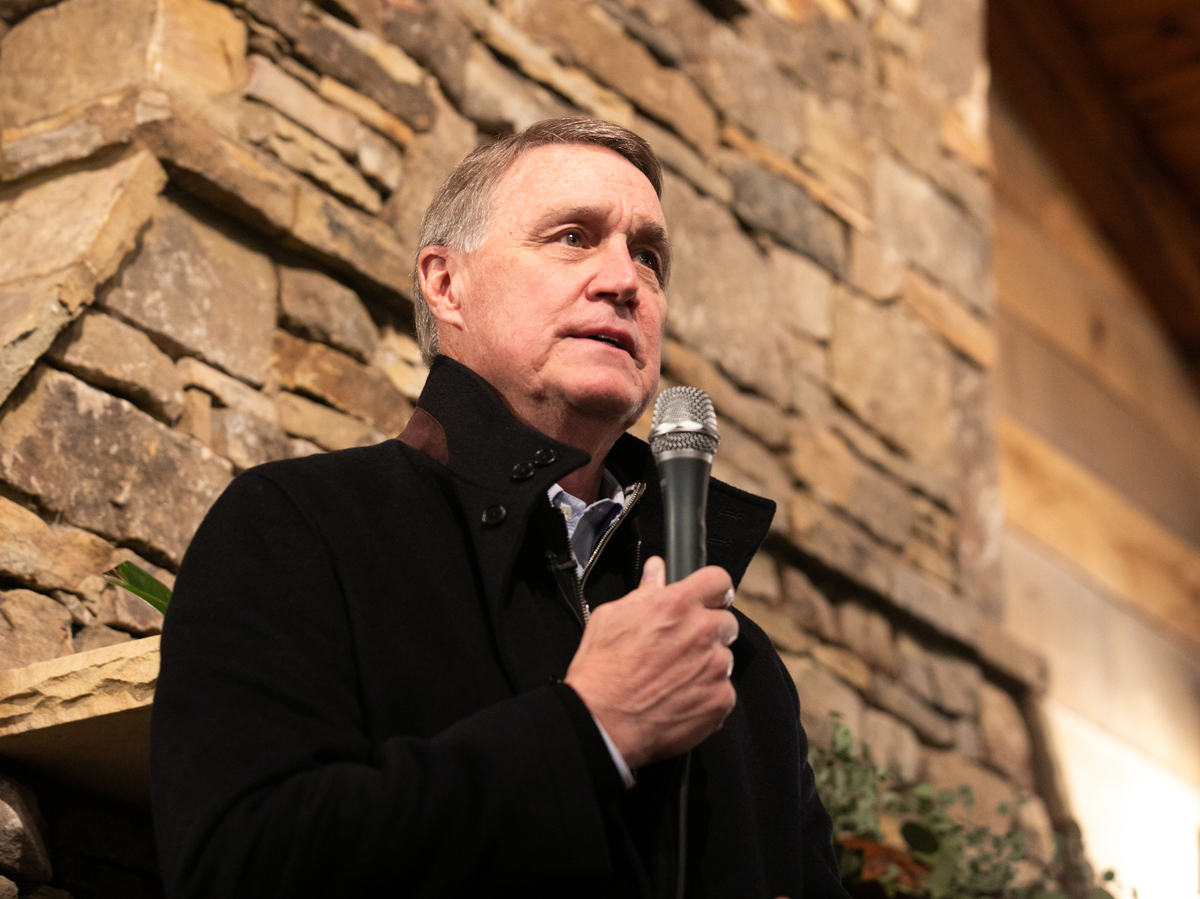 Georgia Republican Sen. David Perdue is quarantining after possible exposure to the coronavirus ahead of one of two crucial runoff elections in the state that will determine what party controls the United States Senate.

Georgia Sen. David Perdue is quarantining with his wife after coming into close contact with someone that tested positive for the coronavirus, his campaign said Thursday.

News of his possible exposure to the virus comes with just days to go until his state’s runoff election for his senate seat.

His campaign said Perdue was notified of the exposure Thursday morning. The campaign said in a statement that, “Both Senator Perdue and his wife tested negative today, but following his doctor’s recommendations and in accordance with CDC guidelines, they will quarantine.”

It’s unclear for how long the senator will quarantine. He has just four days before Tuesday’s runoff elections in the state that could determine the fate of the majority party in the U.S. Senate.

Perdue is wrapped in a heated, high-profile campaign against Democrat Jon Ossoff. Georgia Sen. Kelly Loeffler is also in a runoff for her seat against Democrat Rev. Raphael Warnock — a race that has also garnered national attention. If Democrats win both elections, they will take control of the Senate this year with a 50-50 tie broken by Vice President-elect Kamala Harris.

Perdue was set to take part in a campaign rally with President Trump on Monday, but it’s unclear if the senator will be in attendance or if that rally will continue.

Pictures of Perdue shared on his social media accounts show the lawmaker frequently wearing a mask while on the campaign trail, though he held some rallies where some in attendance didn’t wear one or social distance.

Perdue’s campaign said the senator and his wife have been tested regularly throughout the campaign.

Thanks to everyone who has called, texted, and reached out. Bonnie and I are at home, feeling great, and getting ready to ring in the new year — with a whole lot of virtual campaigning!

Hope you all have a safe, happy, and healthy New Year’s Eve! pic.twitter.com/84LUFj1jFc

Perdue tweeted on New Year’s Eve that he and his wife were “feeling great” and that he planned to kick off 2021 with “a whole lot of virtual campaigning.”

Giuliani Won’t Represent Trump at Impeachment Trial After All – Slate