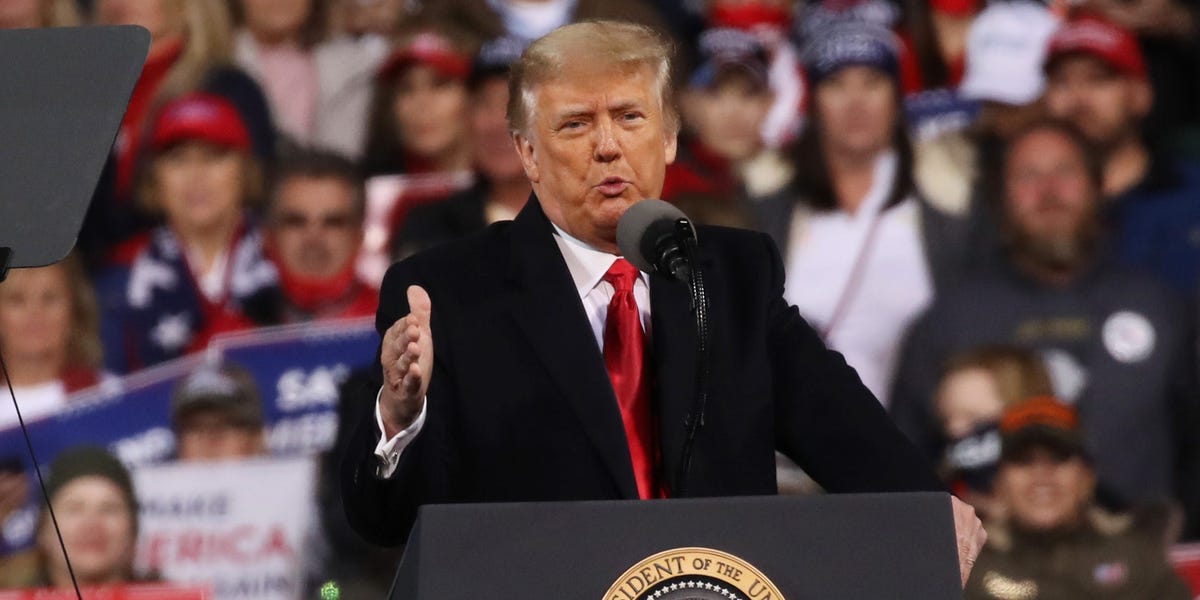 On Friday evening, President Donald Trump tweeted that the upcoming Georgia Senate runoffs are “both illegal and invalid.”

Just hours later, Trump vowed to “rally” for both Republican candidates — Sens. Kelly Loeffler and David Perdue — and told Georgians to “get ready to vote on Tuesday.”

In the initial three-part Twitter thread alleging fraud, Trump claimed that Tuesday’s vote would be illegitimate because of one of the state’s legal settlements.

“The Georgia Consent Decree is Unconstitutional & the State 2020 Presidential Election is therefore both illegal and invalid, and that would include the two current Senatorial Elections,” the president wrote.

The consent decree, a bipartisan agreement signed in March, established standards for verifying signatures on absentee ballots. Legal attempts to prove that this decree is unconstitutional have all failed.

Other legal challenges to overturn the election results, such as L. Lin Wood and Sidney Powell’s attempt to decertify Georgia’s results, have also been thrown out.

The elections will directly affect the beginning of Joe Biden’s presidency. If Jon Ossoff and the Rev. Raphael Warnock win, the Democratic Party will control the legislative and executive branches, allowing Biden to accomplish his legislative goals more easily.

Trump will speak at a rally in Dalton on Monday. Vice President Mike Pence will speak in Milner later that afternoon.

The race is close and has seen both parties spending extraordinary amounts to help secure a Senate majority.

Since Election Day, Georgia Senate candidates and outside groups have spent $480 million on advertising, according to AdImpact. It is now the most expensive Senate race ever.

According to a recent poll, the Democrats have a slight but widening lead.

More than 3 million people have already voted in the January 5 Senate runoffs, according to ABC News.