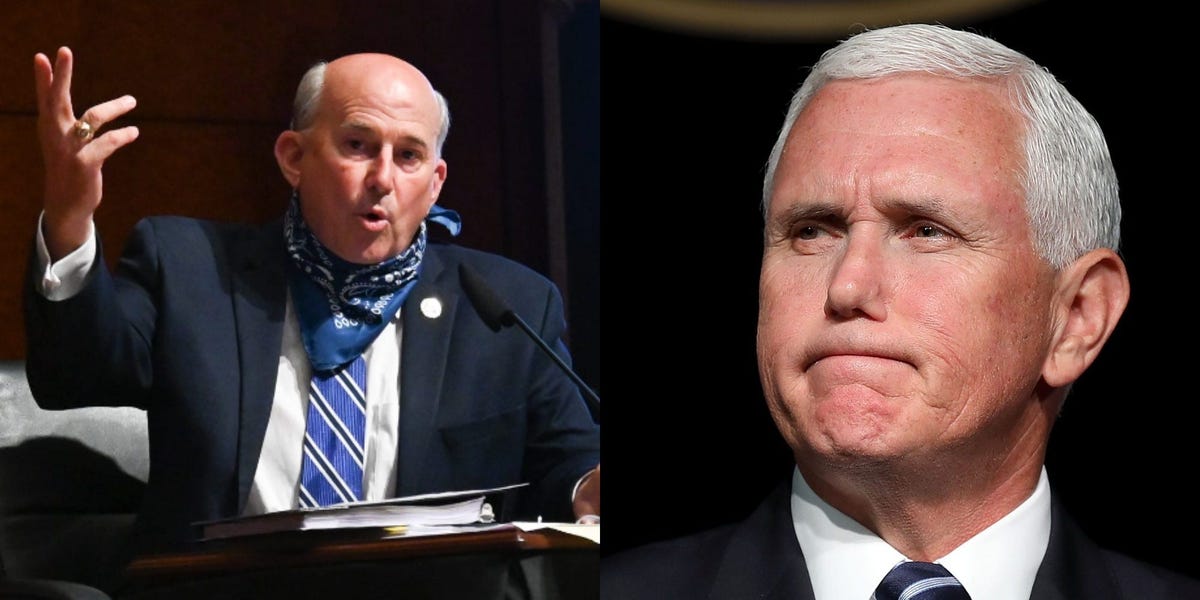 Rep. Louie Gohmert of Texas wasted no time responding to the Justice Department’s request on New Year’s Eve to dismiss his lawsuit seeking to overturn the 2020 election.

In a last-ditch, futile effort, Gohmert and other diehard supporters of President Donald Trump are suing Vice President Mike Pence, attempting to get him to declare Trump the winner when he presides over the joint session of Congress to certify the Electoral College results on Wednesday.

President-elect Joe Biden won the election, capturing 306 electoral votes to Trump’s 232. Every state has certified its results, and the electors officially cast their ballots making Biden the president-elect in December. The final ceremonial event before Biden is inaugurated on January 20 is the joint session of Congress.

Pence and the Justice Department said in a court filing on Thursday that the vice president was the wrong person to sue, and asked the judge to deny Gohmert’s request.

On New Year’s Day, Gohmert and his allies fired back in a 55-page response saying the DOJ and Pence were wrong, and that the vice president is not just “the glorified envelope-opener in chief” and is the right person to sue to try and make Trump president again, the Washington Post first reported.

Trump’s allies argued that Pence could decide to change the rules when he presides over the joint session of Congress on Wednesday: “Under the Constitution, he has the authority to conduct that proceeding as he sees fit. He may count elector votes certified by a state’s executive, or he can prefer a competing slate of duly qualified electors. He may ignore all electors from a certain state. That is the power bestowed upon him by the Constitution.”

Gohmert’s filing also referenced the 140 House Republicans and one GOP senator who plan to object to the election results during the joint session as a reason to consider the case.

But Law&Crime reported that experts called the Gohmert lawsuit “preposterous.”

“Their lawsuit is defective for reasons noted by counsel for the defendants, including Vice President Pence,” Tulane Law’s Ross Garber told Law&Crime. “And their litigation is more a political and public relations campaign than an earnest effort to seek judicial resolution of a legitimate dispute.”

Wednesday should be a spectacle nonetheless. In addition to the expected objections in Congress, Trump is urging his supporters to rally in DC.

By contrast, when Biden presided over the joint session of Congress to certify the 2016 election results, the former vice president gaveled down objections from his Democratic colleagues and made Trump the 45th president.

See the full court documents of Gohmert’s latest filing and Pence’s response below: