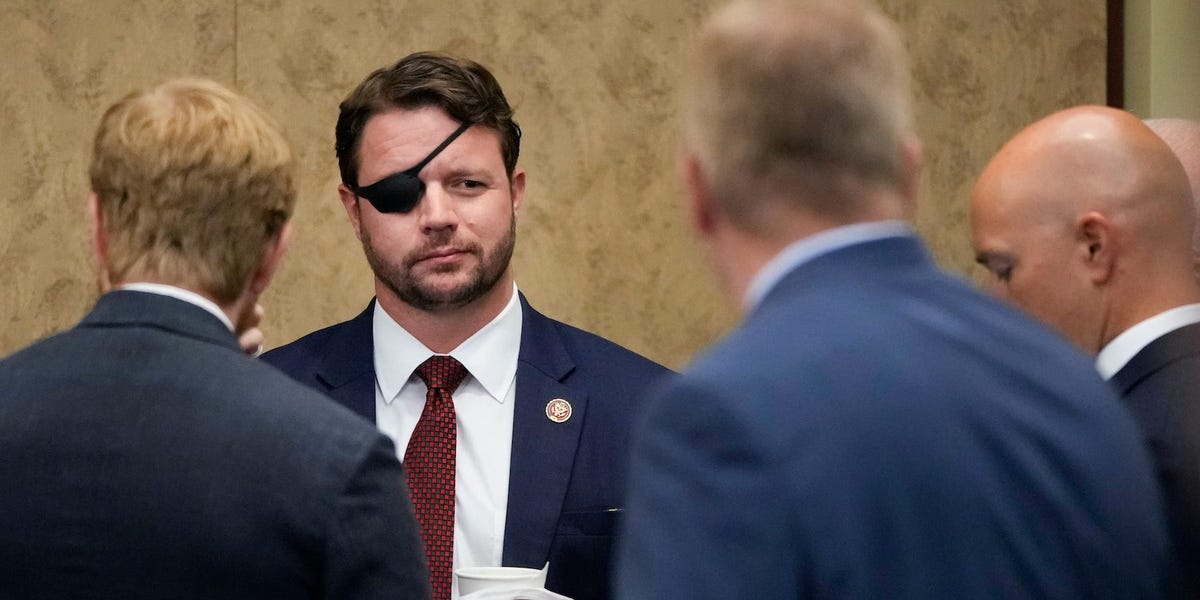 Biden rolled out a slew of measures to boost vaccination rates nationwide, requiring proof of vaccination for federal workers and anyone working at a business with at least 100 employees. If people choose to opt out, they will have to submit to weekly COVID-19 testing, a costly and cumbersome alternative to the free vaccine.

Despite strong support for vaccine mandates across the American public and Trump himself still occasionally touting the COVID-19 vaccines, the conversation on the right almost immediately turned to warnings of “tyranny,” calls for mass disobedience, lawsuits, and questions of a possible “revolt” from the unvaccinated.

“Are you people trying to start a full on revolt?” Republican Rep. Dan Crenshaw of Texas tweeted right after Biden’s speech on Thursday. “Honestly what the hell is wrong with Democrats? Leave people the hell alone. This is insanity.”

“I’ll repeat myself: don’t comply,” Republican Ohio Senate candidate and “Hillbilly Elegy” author J.D. Vance tweeted. “If all of us ignore this garbage they won’t be able to enforce it.”

For several months, COVID-19 vaccines have been available for free to adults without requiring any proof of insurance or a preexisting medical condition. Still, Crenshaw and several other conservative figures bemoaned Biden for not doing more to convince Americans to get vaccinated.

Biden shifted from relying solely on persuasion during his Thursday remarks, saying: “Many of us are frustrated with the nearly 80 million Americans who are still not vaccinated. This is a pandemic of the unvaccinated.”

Similar to Fox News’ broader coverage of the pandemic — which has included the occasional on-air dustup between hosts over the legitimacy of public health measures — the issues raised are less with the efficacy of the vaccines than with the credibility of the pro-vaccine messengers.

Banners on the network read “BIDEN IS AN AUTHORITARIAN” and “BIDEN DECLARES WAR ON MILLIONS OF AMERICANS.”

And Alabama GOP Rep. Barry Moore of  tweeted: “The decision to get vaccinated lies between you and your doctor – NOT the federal government. We must fight back against medical tyranny that dangerously violates Americans’ individual freedoms.”

This rhetoric also mirrors how Republican Govs. Ron DeSantis of Florida and Greg Abbott of Texas have spoken about banning mask mandates in schools and barring businesses from requiring proof of vaccination. The vaccines are not criticized, and instead the issue is framed as one of personal freedom against government overreach, with Dr. Anthony Fauci being the quintessential example of a public health expert these governors warn against trusting.

Biden specifically sought to counter this during his speech on Thursday.

The president has also embraced the threat of lawsuits from Republican lawmakers, with several GOP governors eyeing legal challenges to his executive order much in the way states like Texas did throughout the Obama administration.

A fundraising blast from the Republican National Committee on Friday asked for donations to help fund lawsuits against Biden’s policy, even though the donations can also be used for general campaign and ad spending.

While Trump still commands significant influence in the GOP, the immediacy of the backlash to Biden’s executive order on Thursday and the degree to which pundits and politicians had similar reactions showed that there doesn’t always need to be a Trump-like figure leading the charge when it comes to treating the pandemic as a culture war issue.

Regardless of the majority of the public that supports vaccine mandates — over 50% to 60%, depending on the venue, according to Gallup — the vocal anti-vaccine base leads the right’s response and the key figures follow, not the other way around.