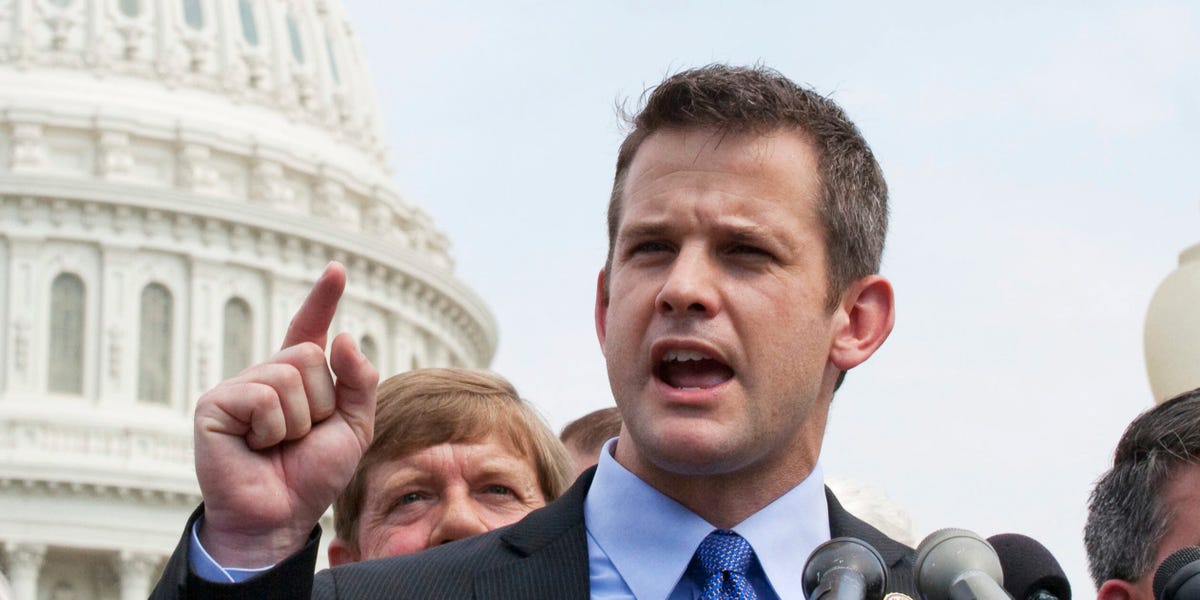 “The Republican Party has lost its way. If we are to lead again, we need to muster the courage to remember who we are,” Kinzinger said in a video posted to the new Country First PAC website.

The PAC is intended to put money behind candidates who oppose Trump’s influence over the party.

“We need to remember what we believe and why we believe it,” Kinzinger said. “Looking in the mirror can be hard, but the time has come to choose what kind of party we will be, and what kind of future we’ll fight to bring about.”

On January 6, Trump supporters breached the US Capitol and clashed with law enforcement, halting a joint session of Congress as lawmakers were set to certify President Joe Biden’s election victory. The attack left five people dead.

Trump was criticized for encouraging the mob and the House has since impeached him on a charge of inciting an insurrection. The Senate will hold a trial and vote on whether to convict the former president during the week of February 8.

Kinzinger was one of 10 Republicans who voted to impeach Trump. He told Insider’s Anthony Fisher that his family has since sent around a petition to have him disowned.

The Illinois Congressman also told Fisher he thought Trump should be impeached because: “We’ve got to set red lines. An attack on a branch of government by another branch is a red line. We can’t say that you are immune from any kind of impeachment if you’re within a certain amount of time of leaving office. That’s a terrible precedent.”

“The former president is desperate to continue to look like he’s leading the party. And the problem is until we push back and say, you know, this is not a Trump-first party, this is a country first party,” Kinzinger told Chuck Todd in an interview on Meet the Press on Sunday.

“In some cases, you may support Donald Trump in that effort. But in my case, I believe that that’s a whole new movement,” Kinzinger said. “Until we all kind of stand up and say that, we are going to kind of be chasing our tails here in this situation.”

Harris faces staff exodus as questions on her leadership style emerge: ‘This is a sinking ship’ – Fox News