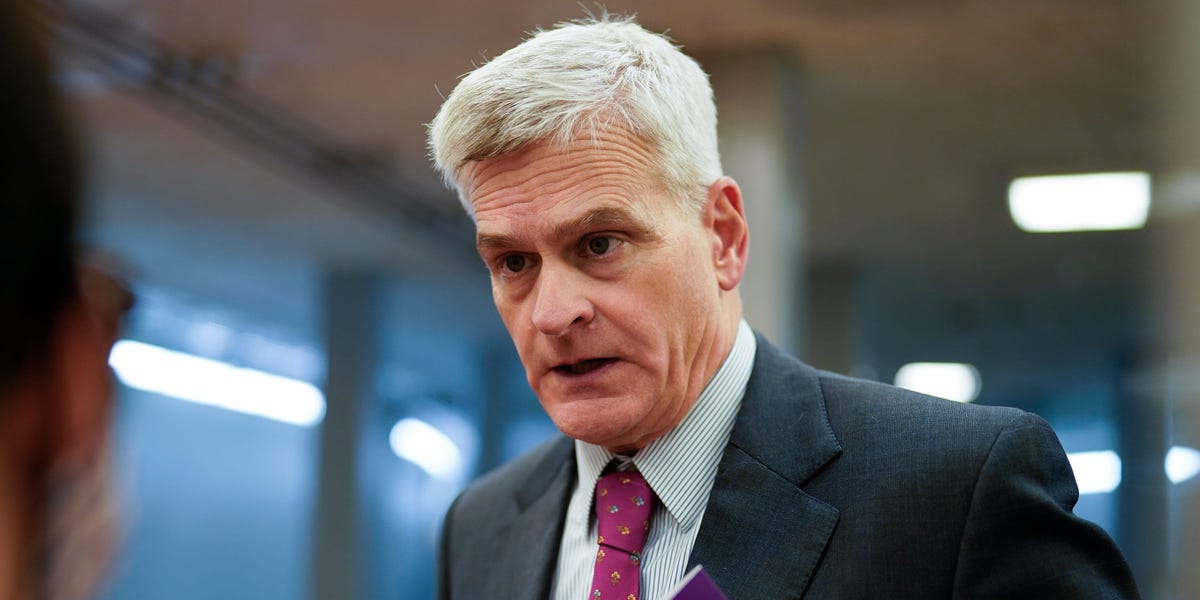 GOP Sen. Bill Cassidy of Louisiana on Sunday said that he disagrees with an order by Gov. Ron DeSantis that bans local school districts from implementing mask mandates.

During an appearance on CNN’s “State of the Union,” Cassidy told host Dana Bash that his viewpoint differs than that of the Florida Republican, who is considered to be a potential 2024 presidential contender.

“I’m a conservative. I think you govern best when you govern closest to the people being governed,” he said. “And if a local community is having — their ICU is full, and the people at the local schools see that they’ve got to make sure they stay open, because otherwise children miss out for another year of school, and they put in policy, then the local officials should be listened to. That is a conservative principle.”

When asked by Bash if he “disagreed” with DeSantis on the mask order, Cassidy, a medical doctor whose state is experiencing a surge in COVID-19 cases, was straightforward in his opinion.

“I do disagree with Governor DeSantis,” he said. “The local officials should have control here. I don’t want top-down from Washington, DC. I don’t want top-down from a governor’s office. … If my hospitals are full, vaccination rate is low and infection rate is going crazy, local officials should be allowed to make those decisions.”

Read more: Knowing the Buttiverse: We’re tracking 59 ex-staffers from Secretary Pete’s 2020 campaign and where they are now

“Some state officials are passing laws … that forbid people from doing the right thing,” Biden said about rules that bar Covid-19 restrictions. “I say to the governors, please help. If you’re not going to help, get out of the way of the people that are trying to do the right thing. Use your power to save lives.”

DeSantis, incensed by Biden’s comments, laced into the president during a press conference last week.

“Why don’t you do your job? Why don’t you get this border secure, and until you do that, I don’t want to hear a blip about COVID from you,” he said.

Surrounding the heated political discourse is the reality that Florida and Texas are both experiencing a surge in COVID-19 cases, exacerbated by the highly infectious Delta variant.

The directives have frustrated some local officials who have sought to issue COVID-19 prevention measures for children returning to school from their summer vacations.

Last week, Orange County Public Schools, one of the largest school districts in Florida, issued a 30-day mask mandate for students when classes resume this week, but parents can opt their children out of the policy.