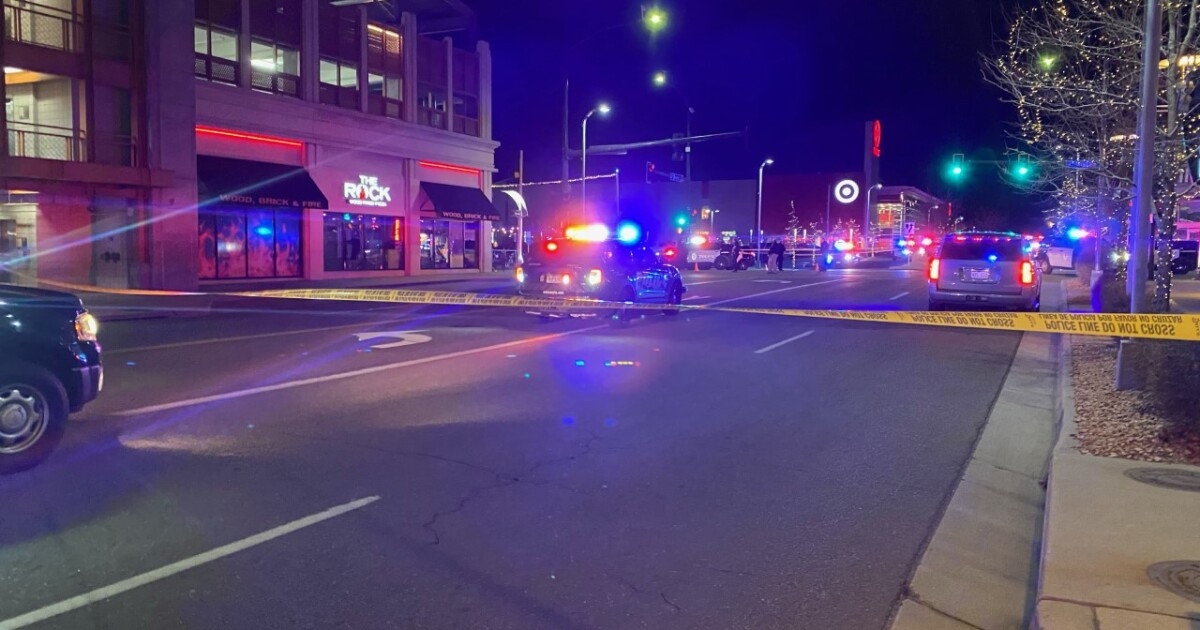 LAKEWOOD, Colo. — A gunman killed four people and injured three others, including a police officer, in a shooting spree that spanned across Denver and ended in Lakewood Monday night.

The spree started a little after 5 p.m. at First Avenue and Broadway, Denver Police Chief Paul Pazen said in a joint press conference with the Lakewood Police Department.

Three people were shot. Two women were killed and one man was injured, according to Chief Pazen.

A short time later, officers were dispatched to a second shooting at 12th and Williams, where one man was killed.

Chief Pazen said officers were then dispatched to a third incident, located at 6th Avenue and Cherokee.

According to Chief Pazen, a gun was fired but no one was injured.

Around 8th and Zuni, officers identified the vehicle associated with the three shootings.

Chief Pazen said a pursuit ensued, and there was an exchange of gunfire. No officers were injured during this shooting.

The suspect disabled the police vehicle and fled into Lakewood, according to Chief Pazen.

Just before 6 p.m., Lakewood police received a call about a shooting at a business in the 1500 block of Kipling, according to John Romero, public information officer with the Lakwood Police Department. The victim was pronounced dead at the scene.

Authorities received a description of the suspect and suspect vehicle. A short time later, Lakewood police spotted the vehicle in the Belmar shopping area.

When officers attempted to make contact with the driver, the driver fired at police, Romero said. Officers returned fire.

The driver took off on foot and fled into the Belmar shopping area. The suspect felony menaced another business with a firearm, according to Romero, before retreating to the Hyatt Place.

The suspect then shot a hotel clerk before taking off, Romero said. That victim’s condition is unknown at this time.

After fleeing the hotel, the suspect was confronted by a Lakewood police officer. The suspect shot and injured the officer, Romero said. As of the press conference, the officer was in surgery, according to Romero.

Gun fire was exchanged between the suspect and other officers, Romero said, and the suspect was killed.

Authorities are still investigating what started the crime spree. However, they say there is no current threat to the public.

“This is the holiday season. To have this type of spree take place is not normal for our community,” said Chief Pazen. “We cannot lose sight of the victims in this, the people that are still fighting for their lives, including a Lakewood agent.”

“It’s a tough day for the Lakewood police family, obviously, when this happens to one of our own,” said Romero. “We just ask everybody in our community for their thoughts and prayers for that agent and their family.”

This is a breaking news event. This story will be updated.