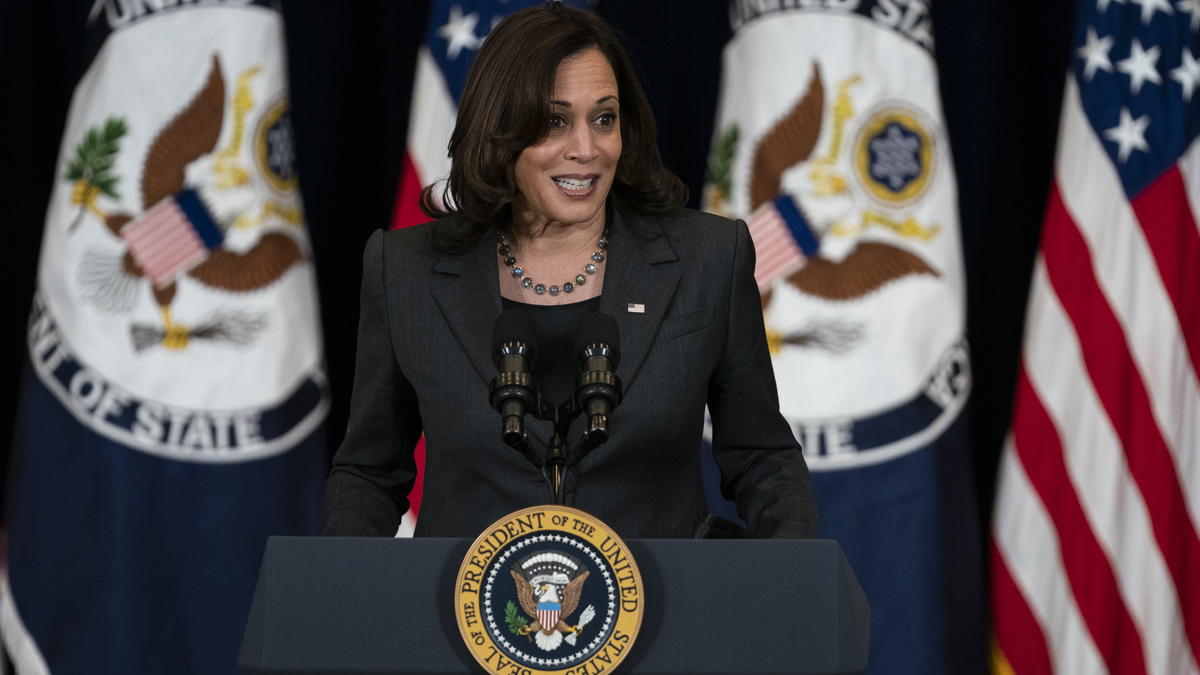 Vice President Harris urged the Senate to approve two House-passed gun control measures in the wake of mass shootings in Boulder, Colo., and Atlanta, downplaying the role of executive action and saying changes needed to be made permanent through legislation.

“Enough with the partisanship, enough with the ideological perspective on this. Let’s just be practical and agree,” Harris said in an interview on CBS This Morning.

Harris said the president was not “excluding” taking executive action to restrict gun sales but said that “if we really want something that is going to be lasting, we need to pass legislation.”

After two shootings in less than a week left a total of 18 people dead in Atlanta and Boulder, Harris said, “We are seeing tragedy after tragedy.” She said it was time for Congress to “stop pushing the false choice that this means everybody’s trying to come after your guns. That is not what we’re talking about.”

The House last week approved measures that would expand background checks for gun buyers, as well as lengthening the time that the FBI has to conduct the checks. However, the bills are thought unlikely to receive the 60 votes needed to take them up in the narrowly divided Senate.

Harris acknowledged that previous mass shootings had failed to spur change on the issue. “I actually thought that Sandy Hook would have been the thing that moved Congress,” she said, referring to the 2012 shooting at an elementary school in Newtown, Conn.

Pressed as to whether the Atlanta shootings, where the victims included six Asian American women at two Asian American businesses, should be considered a hate crime, Harris demurred, saying she was not prosecuting the case. But, she said, “We have to hold the people who commit hate crimes accountable. We also need to speak the truth about our history and not gloss over it.”

Asked about charges by Sen. Tammy Duckworth, D-Ill., that there were not enough Asian Americans and Pacific Islanders in the Biden administration, Harris conceded “there’s still more work to be done,” while noting that the groups were also underrepresented in Congress and at the top levels of American corporations.

“Representation matters, and we’ve got to address it,” she said.

Border challenge will “take some time”

Harris also acknowledged that there is “a huge problem” at the southern U.S. border, noting overcrowding of migrant children in Border Patrol stations and delays in transferring children into shelters overseen by Health and Human Services.

She said she and President Biden would “absolutely” go to the U.S.-Mexico border to view the situation there but did not give a time frame.

The White House announced on Wednesday that administration officials and members of Congress would visit the HHS facility in Carrizo Springs, Texas, that was opened to look after migrant children.

Harris also pointed to factors driving families to send their children north from Honduras, Guatemala and El Salvador, pointing to the need for economic assistance and development in those nations to address the root causes of migration.

“Look, we’ve been in office less than 100 days. We are addressing it. We’re dealing with it. But it’s going to take some time. And are we frustrated or are you frustrated? Yes, we are,” she said.
Source Link