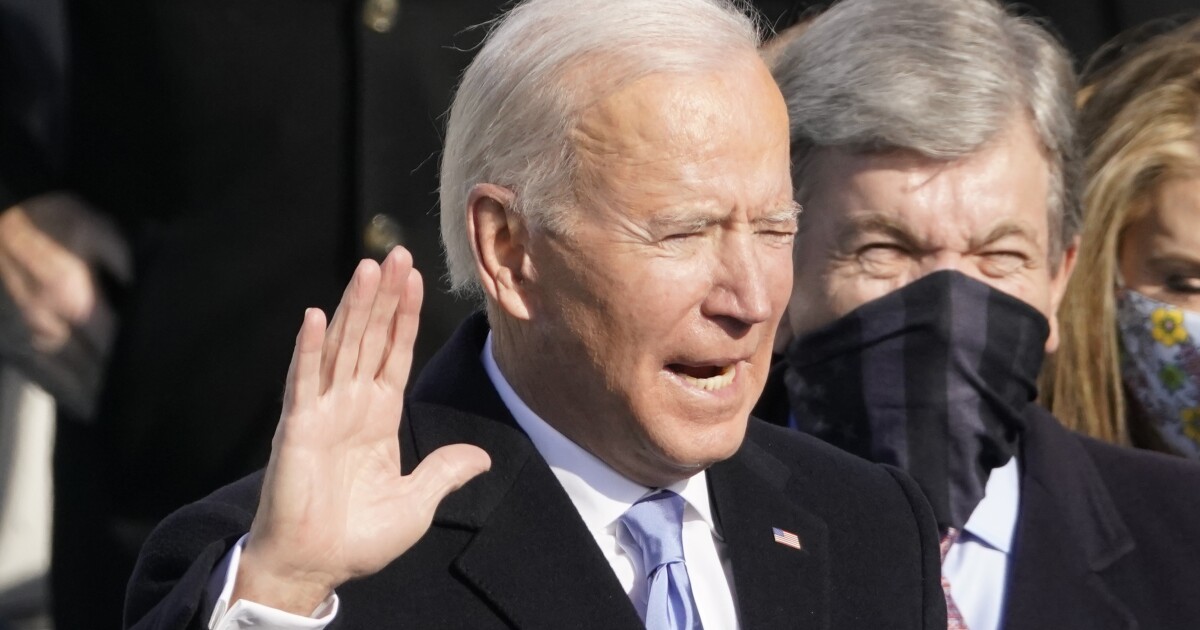 Even with the turnover of the Senate to Democratic control, there has been a fear that Donald Trump’s trashing of governmental norms was so profound that it would take years for the nation to emerge from the nightmare.

President Biden has an answer for that: Not to worry.

In the very first executive orders of his presidency, Biden has signaled that he intends to do more than merely repeal and reverse Trump’s policies. His plan is to eradicate any trace of Trumpism from American government.

To tackle these challenges effectively, executive departments and agencies must … use robust regulatory action to address national priorities.

Implicit in Biden’s first orders is the notion that his effort will be easier than it seems on the surface. For one thing, it will have been aided by Trump, whose slipshod approach to governing produced a roll of regulations that were born legally impaired.

As we’ve reported, scores, if not hundreds, of Trump environmental and healthcare rules, have been blocked by federal judges for violating the Administrative Procedure Act, which requires rulemaking to be based on solid technical foundations and subjected to public comment. (The usual judicial boilerplate for kicking the rules out was that they were “arbitrary and capricious.”)

That’s true of Biden efforts to undo some Trump policies. But Biden isn’t likely to make the same mistake Trump’s vandals made, because Biden’s team is composed of adult professionals who know how to do government.

In contrast to the handwringing in progressive circles that the Trump years represented an end to the New Deal concept of government as serving all the people — that perhaps the New Deal was an anomaly in the continuum of government’s increasing service to the privileged class — Biden’s opening sallies suggest that the Trump administration was the anomaly.

Biden’s policies and practices would reinstate the norms established by Franklin Roosevelt in the 1930s and observed even by Republican administrations (more or less) ever since.

The most direct indication of Biden’s plan to turn the Trump years into a dim memory can be found in his order to federal agencies on how to “tackle the climate crisis,” issued Wednesday.

The executive order sets forth the administration’s intention to “advance environmental justice” and to “improve public health and protect our environment.” The order names several specific Trump initiatives to be rolled back.

Among them are a last-minute lessening of standards for emissions of methane, a greenhouse gas, by oil and gas operations; the notoriously half-baked reduction of auto emission standards made final last April; the abandonment of energy efficiency standards for appliances and buildings; and the fatuous rule on scientific “transparency” that was designed to hobble regulatory rulemaking well into the future.

Those rules are to be subject to suspending, revising or rescinding as soon as May. The “transparency” rule is to be overturned “as soon as possible.”

But the order goes further. All agency heads are instructed to “immediately review all existing regulations, orders, guidance documents, policies, and any other similar agency actions promulgated, issued, or adopted between January 20, 2017, and January 20, 2021″ that may be inconsistent with Biden’s climate policy.

Not to put too fine a point on it, that would cover virtually every environmental action Trump took from the day of his inauguration to the morning of Biden’s inauguration.

Republicans who abetted Trump’s assault on governmental norms are predictably up in arms. John Barrasso of Wyoming, the third-ranking Republican in the Senate, pointed to Biden’s appeal for “unity” and commented, according to the Washington Post, “it’s important to govern that way.”

There isn’t much to say about Barrasso’s comment other than: He has some nerve.

This is the GOP that denied President Obama’s nominee for the Supreme Court, Merrick Garland, even the courtesy of a hearing. That spent all four years of the Trump administration trying to overturn the Affordable Care Act despite having nothing to offer as a replacement.
That confirmed Trump’s nomination of the right-wing judge Amy Coney Barrett to the Supreme Court only eight days before the election. That stood by silently as Trump and his aides flouted federal laws and refused to account for themselves before Congress.

Under the circumstances, Biden’s assertion in his inaugural address that “unity is the path forward” is majestically generous, akin to Grant’s allowing Confederate soldiers to take their horses and mules home from Appomattox after their defeat.

Biden has earned the right to talk about “unity.” The word should turn to ashes in Barrasso’s mouth.

Biden has taken other steps to neutralize Trump’s noxious influence on the federal government. He immediately canned or demanded the resignation of three members of the Trump administration‘s fifth column in federal agencies.

They included Kathleen Kraninger, who as director of the Consumer Financial Protection Bureau systematically undermined the CFPB’s duties to ride herd on abusive financial services firms; she’s gone, making way for Rohit Chopra, a former aide to Sen. Elizabeth Warren (D-Mass.), the godmother of the agency, to take over.

Also ousted was Michael Pack, an ideologue who has set about to destroy the Agency for Global Media, parent of the Voice of America, by turning it into a mouthpiece for Trump.

The third is Peter Robb, who has served as general counsel of the National Labor Relations Board for more than three years. Due to the peculiarities of federal law, Robb’s post is the most powerful at the NLRB. His term was scheduled to last until November. Biden requested Robb’s resignation, and when Robb refused, Biden fired him.

Good riddance. Robb has been the most anti-union NLRB officials ever. Upon taking office in December 2017, Robb unilaterally moved to narrow union organizing rights and immunize big companies of employer responsibility for workplaces operated by subcontractors or franchisees, a gift to companies such as McDonalds and a burden on their frontline workers.

Then there are Biden’s initiatives restoring anti-discrimination protections for LGBTQ people in federal agencies or participating in federal programs and other public settings subject to government jurisdiction; ending work on Trump’s useless border wall; and protecting DACA, the Obama-era Deferred Action for Childhood Arrivals program aimed at protecting from deportation immigrants brought to this country as children.

The most far-reaching initiative may be one that has received the least attention. This is an order reestablishing government regulation as a legitimate tool for the betterment of individual lives and society.

Naming the pandemic, economic recovery, racial justice and climate change as “urgent challenges” facing the U.S., Biden asserted that “to tackle these challenges effectively, executive departments and agencies must be equipped with the flexibility to use robust regulatory action to address national priorities.” His order instantly revoked a passel of Trump orders that treated all regulations as negative.

Biden’s efforts will face roadblocks along the way, resulting from only narrow Democratic majorities in Congress and lawsuits filed by agents of special interests. There will be more such initiatives in coming days, but the initial round of executive orders gives confidence that the Biden presidency aims to reduce the Trump years to a dim, if painful, memory, from which America may awaken more easily than we thought.