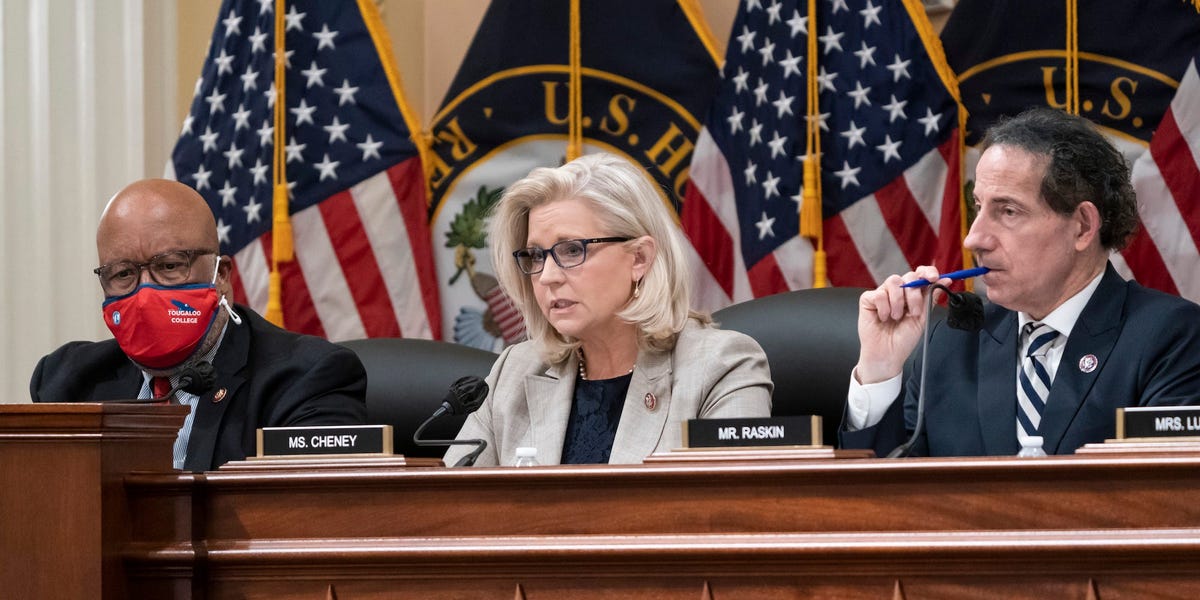 In federal court, he sued the panel’s members and House Speaker Nancy Pelosi. On Capitol Hill, he was a no-show for a scheduled deposition with the panel.

But, as the nine-member House committee voted unanimously to hold Meadows in contempt Monday, nothing seemed to peeve the panel’s members quite like his newly-released memoir. Indeed, as members of the House committee voted to hold their former colleague in contempt, some noted how Meadows’ decision to stop cooperating coincided with the rollout of “The Chief’s Chief.”

“He changed his mind and told us to pound sand. He didn’t even show up. Now, this happened the same day his book was published, the same book that goes into detail about matters the select committee is reviewing,” said Rep. Bennie Thompson, chairman of the House select committee. “It also details conversations he had with President Trump and others — conversations we want to hear more about.”

With Monday’s vote, Meadows became the third former Trump administration official to be held in contempt by the House committee investigating January 6.

The panel previously took that step against Steve Bannon, who was charged last month with contempt of Congress over his refusal to cooperate with the investigation.

The committee later voted to hold in contempt Jeff Clark, a former Justice Department official who backed Trump’s baseless claims of election fraud. Clark said on the eve of the vote that he would invoke the 5th Amendment, and the House committee granted him a second chance to appear and invoke his constitutional right against self-incrimination. The full House has held off on referring to him Justice Department ahead of Clark’s scheduled appearance later this week.

In those two previous votes, Thompson and the panel’s vice chair, Rep. Liz Cheney, delivered public remarks from the dais of the House hearing room. But, for Meadows, each member of the House committee spoke ahead of the unanimous vote holding the onetime Republican lawmaker in contempt.

“He cant’ decline to tell his story to Congress and, on the very same day, publish part of that story in a book to line his pockets,” said Rep. Adam Kinzinger, who along with Cheney is one of two Republicans on the committee. “He can’t decline to answer questions on the many non-privileged documents he produced to us. He can’t unspeak what he has said and call it privileged after the fact.”

On Monday, several members of the committee said that the book — combined with Meadows’ cooperation with the investigation — undercut his claims to privilege.

Rep. Jamie Raskin, a Maryland Democrat, and constitutional law scholar, said Meadows had already turned over 9,000 pages of records to the committee and “nullified any hypothetical assertions of executive privilege.”

“He is refusing to testify about statements he has made in his book, published last week, and in the media about the events of January 6,” Raskin said.

Rep. Pete Aguilar, a California Democrat, noted that Meadows spoke about his interactions with Trump just weeks after January 6 during an interview with Fox News host Laura Ingraham.

Aguilar appeared to bristle at Meadows’ more recent television appearances. He noted that, on December 7, Meadows’ lawyer told the committee that an appearance before the panel was “untenable.”

“Something else happened last Tuesday. ‘The Chief’s Chief’ hit the bookstores,” Aguilar said.

“We don’t accept his excuses. He must be held accountable.”