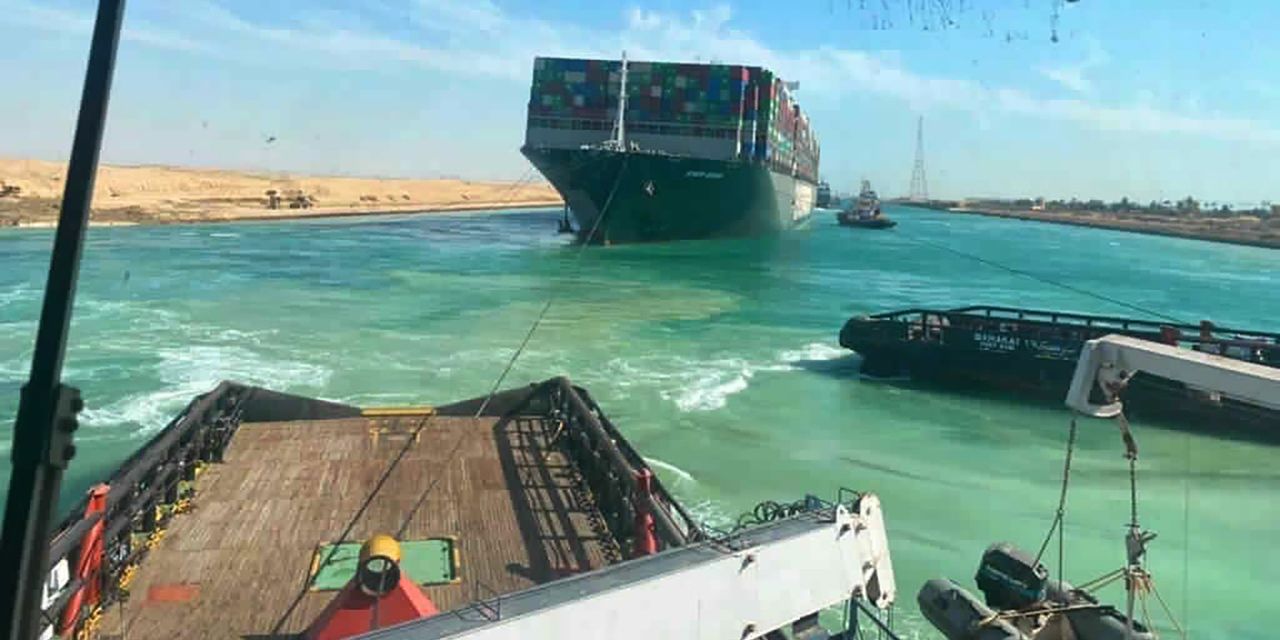 After several days trying to dislodge the Ever Given cargo ship, which had veered off course and embedded itself in the side of the canal, the salvage team pinned their hopes on this week’s full moon, when, beginning Sunday, water levels were set to rise a foot-and-a-half higher than normal high tides. That would make it easier to pull the 1,300-foot vessel out from the side of the canal without unloading a large number of the 18,000 or so containers it was carrying.

The engineers would have to work fast to make the most of this narrow window. The effect would only last a few days. But it would be their best shot at freeing up the canal—and with it, billions of dollars’ worth of global trade flows in the process.

Tides are higher whenever there is a full or new moon, which occurs when the moon is in direct alignment with the sun, with either the Earth or moon in the middle of the three. This causes a greater gravitational pull on the Earth. As a result, high tides are higher, and low tides are lower. They are known as spring tides and occur twice a month.

This time the effect was amplified by the first supermoon of the year, when a full moon coincides with the closest point to Earth in its elliptical orbit. Supermoons occur several times a year, and this one is known as the worm moon, for the earthworms that begin to appear in the soil in the Northern Hemisphere at this time of year.