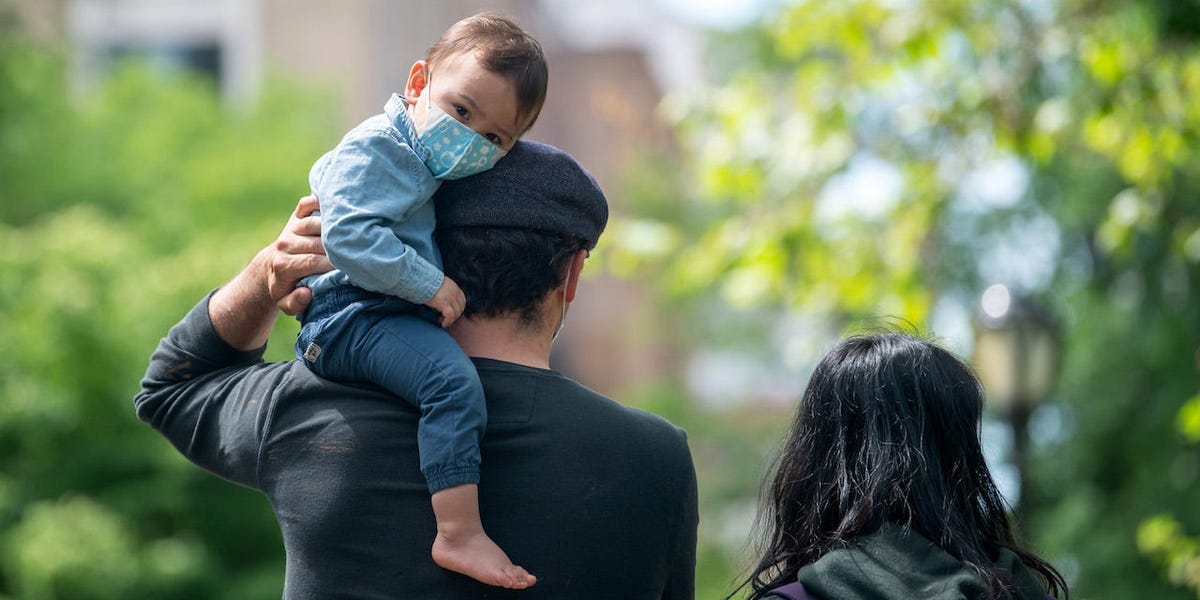 This week, the parents of about 60 million American kids will receive their first monthly child tax credit payment under Democrats’ expansion of the program.

But the new policy also offers an opportunity for parents and non-parents to receive pandemic stimulus payments they were eligible for but missed out. These individuals would be eligible for all three stimulus checks, amounting to $3,200 in federal relief.  Senior administration officials confirmed it in a call with reporters on Wednesday evening.

The expanded child tax credit is significant in part because parents with no tax obligations are able to tap into the benefit. It previously excluded families who didn’t earn enough to file taxes, thus cutting out many of the country’s poorest parents. This is also the first time the government has delivered the child benefit through monthly checks, rather than a lump sum collected annually. The payments will stretch from July to December.

Most parents eligible for the child tax credit will automatically receive their monthly payments via direct deposit or a check in the mail. But non-tax filers must sign up for the payments through a new online portal specifically geared to enroll people generally outside the tax system.

Those who haven’t filed taxes for the last two years, but are eligible for the tax credit and stimulus checks could receive a windfall if they sign up for stimulus checks on a new online portal the government has created. Senior administration officials described it as another way to encourage people to sign up for federal aid they’re already eligible for.

In addition, for parents who sign up for the child tax credit before the end of the year, they’ll receive all of the monthly payments back to July.

“If you don’t sign up until September, October because you’re not aware, you’ll get those back-payments,” Christopher Wimer, the co-director of Columbia University’s Center on Poverty and Social Policy, told Insider. “If you were eligible for those one-time stimulus payments in one of the prior recovery bills and you signed up for the child tax credit, you would get those back payments as well when you sign up.”

Kris Cox, deputy director of federal tax policy at the left-leaning Center on Budget and Policy Priorities, said the additional checks for non-filers would further support some of the country’s most vulnerable kids.

“For families who have not claimed their [economic impact payments], that’s an additional, substantial amount of money that can really make a difference in the lives of their children,” Cox told Insider.

Still, some experts and community groups have raised concern that the sign-up portal for nonfilers has been inaccessible and overly complex. For example, it’s only available in English and it can’t be used on a smartphone. The poorest Americans are also less likely to own a desktop computer or laptop.

“The IRS’s special portal is designed pretty sh–ty,” Samuel Hammond, a welfare policy expert at the right-leaning Niskanen Center, said in an interview. “Over half the country doesn’t regularly file federal income taxes, especially at the very low income level. They may never have needed to file income taxes and there’s a huge knowledge gap.”

Experts say that between four and eight million children will miss out on the payments because their parents may struggle to use the portal or don’t know about the policy. Matt Bruenig, policy expert at the left-leaning People’s Policy Project, estimated around 6.6 million kids could be excluded from the benefit.

Senior administration officials told reporters they’ll continue trying to fix those issues and, along with enlisting advocates who can directly help people sign up for the child allowance. They argued while more accessible technology would be helpful, these individuals need direct help from advocates to walk them through the process.

The expanded child tax credit, part of Democrats’ $1.9 trillion American Rescue Plan passed last March, is a major expansion of the social safety net that experts are comparing to Social Security in its scale and scope. Wimer and his colleagues at Columbia have estimated that the enhanced child tax credit could cut child poverty by more than half.

“If this were to remain permanent, the only sort of analogous policy or program that we have been able to compare it to would be Social Society for the aged,” Wimer said. “This would be equivalent to that for children, essentially saying that children in America should not be poor, and that would be a major change in social policy for families with children and something that we’ve not done before.”

But the impact of the child tax credit will be muted if millions of Americans who haven’t filed taxes don’t apply for the payments. Raising awareness about the new program and helping parents apply are major challenges for the government.