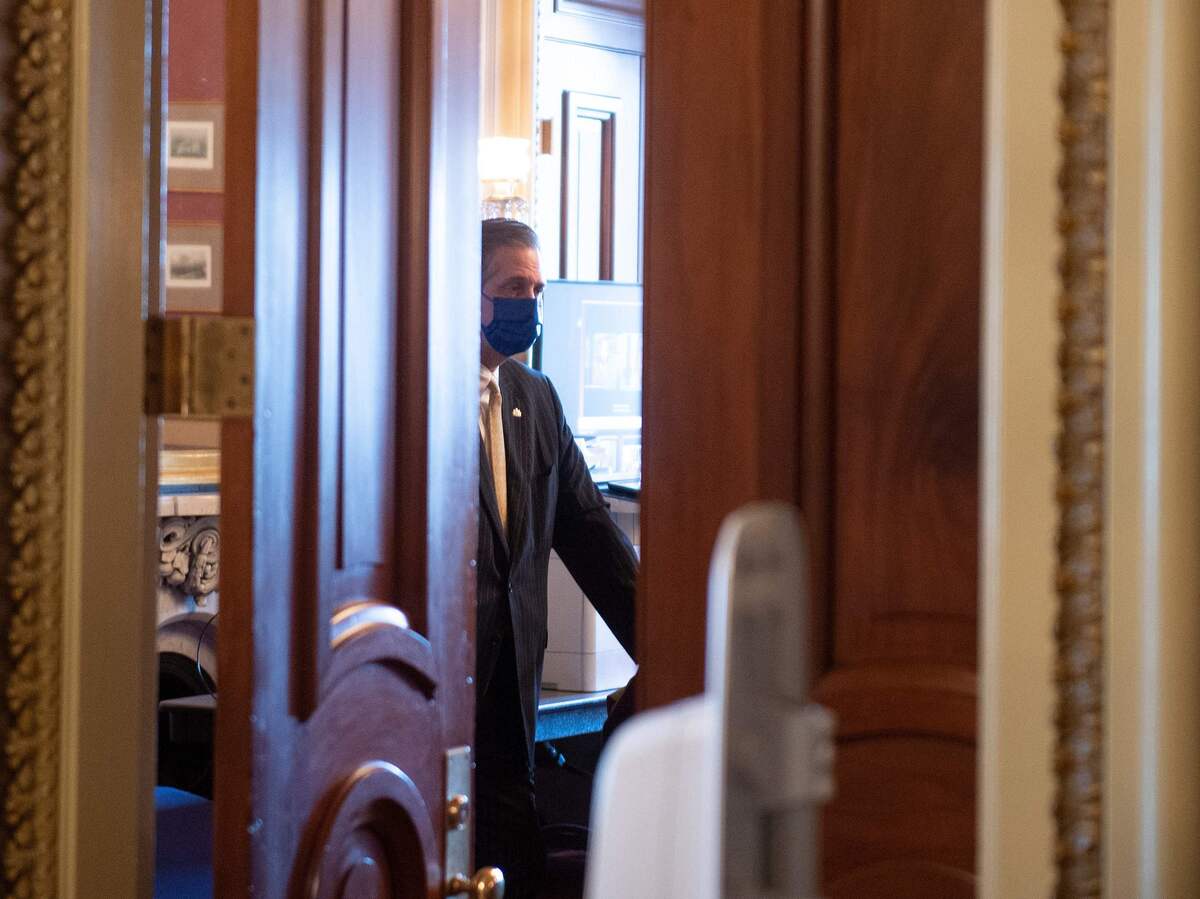 A constitutional law professor whose work is cited extensively by former President Trump’s lawyers in their impeachment defense brief says his work has been seriously misrepresented.

In a 78-page brief filed in the U.S. Senate Monday, Trump’s lawyers rely heavily on the work of Michigan State University Professor Brian Kalt, author of the seminal article about impeachment of a former president. His work is cited 15 times in the Trump brief, often for the proposition that the Senate does not have the authority under the constitution to try an impeached ex-president.

The problem is that Kalt’s 2001 book-length law review article concluded that, on balance, the historical evidence is against Trump’s legal argument.

“The worst part is the three places where they said I said something when, in fact, I said the opposite,” Kalt said in an interview with NPR.

Trump’s lawyers argue that the Senate lacks jurisdiction because the president is already out of office, making an impeachment trial pointless. Kalt argues that impeachment is about more than removal; it’s about accountability and deterrence. “The framers worried about people abusing their power to keep themselves in office,” he adds. “The point is the timing of the conduct, not the timing of the legal proceeding.”

Kalt is among more than 170 leading constitutional scholars who have formally weighed in on this issue, telling the Senate that contrary to Trump’s assertion, it does have the authority to try Trump.

There are relatively few scholars on the other side. But among them is the highly respected Columbia Law Professor Philip Bobbitt. “If you look at the text of the Federalist Papers,” Bobbitt argues, “getting the person out of office … is the object.”

Those who argue for the Senate trial, such as Yale Law Professor Akhil Amar, contend that it makes no sense to allow a president who commits serious offenses in the final weeks or months in office, and who is impeached by the House of Representatives while he is in office, to escape from a trial by the Senate.

“[Do] you want to give someone a ‘get out of jail free’ card at the end of the administration so they can do anything they like and be immune from. … the high court of impeachment?” Amar asks.

Even as scholars across the political spectrum are increasingly voicing support for a Senate trial, they acknowledge that there are precedents both ways: In 1797 senator William Blount was expelled from the Senate and still impeached and tried by the Senate after he was gone. So too was William Belknap, secretary of war, who resigned just 40 minutes before his impeachment in 1876. Nevertheless, he was still tried by the Senate. In both cases, the Senate voted that it had authority to hold a trial, but failed to get the necessary two-thirds vote for conviction.

If there is a precedent the other way, it is the case of President Nixon, who resigned rather than face almost certain impeachment in the House and conviction in the Senate. But after he left office, there was no attempt to revive the impeachment proceedings.

There is another legal defense that Trump’s lawyers are pushing hard. They contend that a Senate trial and conviction would be in violation of his free speech rights. “The unsupported idea that because Mr. Trump was an elected official … he has fewer rights under the First Amendment than anyone else,” is “sophistry,” they argue. And they contend that nothing Trump said on Jan. 6 or before was any different from what Democratic members of the House said in urging on Black Lives Matter protesters.

Not so, says Peter Keisler, a conservative Republican who served as acting attorney general in the George W. Bush administration.

“The First Amendment’s protection of freedom of speech simply doesn’t apply to impeachment,” he says. “This isn’t a criminal prosecution which seeks to render someone’s speech illegal.” Trump is entitled to hold whatever opinions he wants, and to express them, Keisler says. “But he is not entitled to assert a First Amendment defense against removal or disqualification from office … because the founders were in particular worried about. … the ways in which demagogues could become tyrants.”

The distinction between a criminal proceeding and an impeachment is critical. Take, for example, the incendiary speech that the Supreme Court upheld (Brandenburg v. Ohio) in 1969 as constitutionally protected. The speech, given by a Ku Klux Klan leader, sprinkled with threats of “revengeance,” called for Black citizens to be sent to Africa and Jewish Americans to be sent to Israel.

While the Supreme Court threw out the Klan leader’s criminal conviction, Keisler says those same opinions would nonetheless be grounds for impeachment and conviction if uttered by a president.

Suppose, he suggests, that a president just announced publicly: “I intend to use my office for personal profit. And I don’t regard myself as bound by the Constitution.” Those are speech activities, Keisler observes. “They are all protected from prosecution, but, of course, any president who did or said such things could — and should — be removed from office.”

Indeed, if convicted, the worst that could happened would be that the Senate, by majority vote, could ban him from future federal office.
Source Link