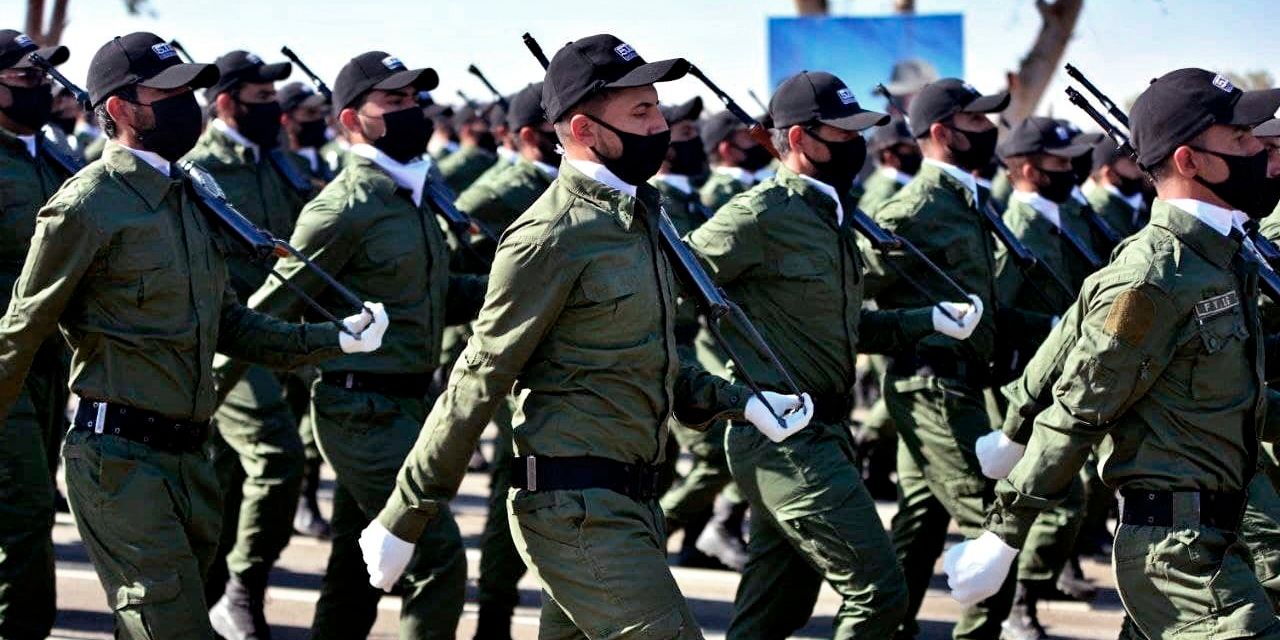 Iran-backed militias vowed revenge on Monday for U.S. airstrikes overnight in Iraq and Syria, underscoring Baghdad’s struggles to rein in these groups that have attacked American troops.

The U.S. strikes, which the paramilitaries said killed four of their members, highlight the challenge facing the Biden administration as it attempts to deter attacks on American and allied forces in Iraq without provoking an escalation with the militias or their main sponsor, Iran.

“The Americans believe only in the language of force, and they and their agents must have their noses put in the mud,” tweeted Faleh al-Khazali, an Iraqi lawmaker affiliated with the militias.

The U.S. and Iran are in talks to revive the 2015 nuclear deal that placed limits on Tehran’s nuclear activity in exchange for lifting international sanctions. Former President Donald Trump exited the deal in 2018 and launched a pressure campaign on Iran intended to roll back its military activity in the region. Iran funds and arms militant groups throughout the Middle East, and its influence has expanded in recent years, despite U.S. pressure.

The U.S. strikes came in response to a campaign of drone attacks by the militias on the American military presence in Iraq, which includes about 2,500 troops to support Iraqi forces’ fight against Islamic State insurgents.

Since April, Iranian-backed militias have launched at least five drone attacks on U.S. forces in Iraq, according to American officials, raising concerns that the paramilitaries are turning to more sophisticated means of putting pressure on the American presence in the country.

The airstrikes were more extensive than a previous round of strikes in February, hitting both sides of the Iraq-Syria border. The last round hit only the Syrian side of the border, in an area where Iranian-allied groups have been known to transport fighters and weapons.

“The Biden administration is signaling that they will attack the militias everywhere if they need to, not only on the Syria side but inside Iraqi territory,” said Hamdi Malik, an expert on Iraqi militias with the Washington Institute for Near East Policy.

The Pentagon said the targets were selected because they were used by militias engaged in drone attacks on American forces. The targets included operational and weapons storage facilities at two locations in Syria and one location in Iraq, according to Pentagon press secretary John Kirby.

Several Iran-backed groups used the facilities, including Kata’ib Hezbollah and Kata’ib Sayyid al-Shuhada, according to the Pentagon.

Sabreen, a news agency in Iraq that supports the militias, said that U.S. airstrikes killed four members of a paramilitary group known as Brigade 14 on a military base in Iraq’s Anbar province. The agency published the names and photos of the four, including three wearing military-style uniforms.

The agency also released photos showing what it said were artillery pieces damaged in the airstrikes.

In Syria, the state-run news agency affiliated with the regime of President Bashar al-Assad said that suspected American airstrikes killed a child and injured three other people in the east of the country near the border with Iraq. The strikes hit residential homes in the Albukamal area near the border, the agency said. The report couldn’t be immediately verified.

Initially formed to help the crumbling Iraqi army fight Islamic State in 2014, the militias include tens of thousands of armed fighters and have a vast reach within Iraq and its institutions.

The militias vowed to drive U.S. forces out of the country after an airstrike that killed senior Iranian general Qassem Soleimani and top Iraqi militia leader Abu Mahdi al-Mohandes in Jan. 2020.

Following the U.S. airstrikes, which took place early Monday, Iraqi officials affiliated with the militias, known collectively as the Popular Mobilization Forces, said they would intensify pressure on the U.S.

On Saturday, militia groups staged a military parade, attended by Iraq’s prime minister, at a base in the east of the country, showing off tanks, missile launchers, and armed drones.

—Ghassan Adnan in Baghdad contributed to this article.

CDC will recommend a return to masks for vaccinated people as Delta variant spreads – oregonlive.com

CDC will recommend a return to masks for vaccinated people as Delta variant spreads – oregonlive.com