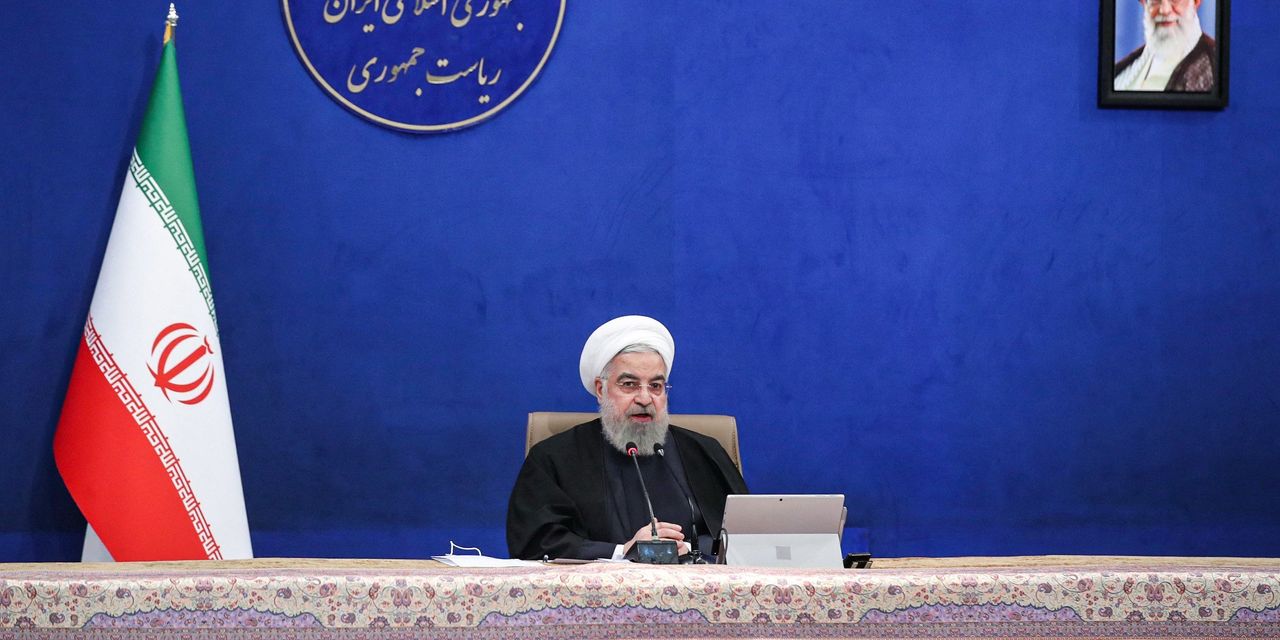 Iran rejected a European Union offer to hold direct nuclear talks with the U.S. in the coming days, risking renewed tension between Tehran and Western capitals.

Senior Western diplomats said Iran’s response doesn’t quash the Biden administration’s hopes of reviving diplomatic efforts to restore the 2015 nuclear deal, struck between Iran and six world powers and abandoned by the Trump administration in 2018. But they said it seemed to set a deadlock: Iran wants a guarantee it wouldn’t walk away from a meeting with the U.S. without some sanctions relief, which Washington has so far ruled out.

With Tehran escalating its nuclear activities in recent months in breach of the 2015 nuclear deal, the U.S. conducting airstrikes on Iranian-backed militias in Syria, and Iranian presidential elections in June, diplomats have warned that opportunities to ease tensions might now be imperiled.

Just 10 days ago, Western officials were hopeful that headway would soon be made toward relaunching the nuclear negotiations. The EU floated the idea of holding talks in Europe that would include all of the remaining participants in the 2015 deal—Iran plus China, the U.K., France, German, and Russia, as well as the U.S. The Biden administration immediately announced it would attend a meeting, with Washington’s envoy Rob Malley set to participate.

EU officials had been trying to get an agreement on dates for a meeting and had floated the possibility of talks in Vienna or Brussels in the coming days. EU foreign policy chief Josep Borrell said last Monday that he was “reasonably optimistic” talks would happen. However, Iran this weekend sent a note saying it wouldn’t attend a meeting in the current circumstances.

“Given the recent moves and positions of the U.S. and the three European countries, the Islamic Republic doesn’t assess the timing of an informal meeting proposed by the EU coordinator as appropriate,” Saaed Khatibzadeh, Iran’s foreign ministry spokesman, said. “The path ahead is very clear: The U.S. should end its illegal and unilateral sanctions and return to its JCPOA commitments.” He was referring to the Joint Comprehensive Plan of Action, which is the formal name of the 2015 Iran accord.

Iran proposed a different approach in its latest discussions with the EU. Echoing an idea floated publicly in early February by Foreign Minister Javad Zarif, Tehran told the EU that it wants the EU to serve as a mediator, brokering a step-by-step process in which the U.S. and Iran would each agree to concessions before a possible meeting between Iranian officials and their U.S. counterparts, Western diplomats said.

A senior Biden administration official said the U.S. was disappointed that Tehran had rejected the EU proposal for a meeting at which Iran and the U.S. could have discussed initial steps to revive the 2015 deal. He said, however, that the U.S. would now consult with its European partners as well as Russia and China about how else Washington can pursue its diplomatic efforts. He declined to say whether the U.S. would accept the Iranian idea for an EU mediating role pending those consultations.

“It is unfortunate because that could have happened quickly. That was what was on the table,” the administration official said of the EU proposal. “We are not going to be dogmatic or sticklers for form. We want to make sure that whatever formal process is agreed is going to be effective.”

At stake are efforts by the EU to revive the 2015 nuclear deal from which the Trump administration withdrew and whose limits were subsequently breached by Iran. The revival of the deal would restore strict but temporary constraints on Iran’s nuclear activities and, U.S. and European officials have said, set the stage for negotiations on a longer follow-on accord that they believe should also include Iranian missiles. Both the Biden administration and Iran have said they want to restore the 2015 accord, but Iran has said it won’t renegotiate the deal.

“This is far from a death knell for negotiations,” said Henry Rome, senior Iran analyst at Eurasia Group in New York, a consulting firm. “But Iran’s decision underscores that reviving the deal will be messy…Washington and Tehran will zig and zag in efforts to build up leverage and handle their own domestic political considerations.”

Iran’s decision to stay away from talks for now comes ahead of what could be fresh tensions between Iran and the West.

France, the U.K. and Germany are working on a resolution they plan to present to the board of the International Atomic Energy Agency next week that would censure Iran for its recent steps to expand its nuclear activities and its failure to cooperate with the agency’s probe into its nuclear work.

“ ‘This is far from a death knell for negotiations’ ”

Iran has warned that if the censure goes ahead, Iran could unwind an agreement it struck earlier this month with the IAEA aimed at softening its decision to scale back international inspections of its nuclear work. Under a deal with IAEA Director General Rafael Grossi in Tehran, Iran agreed to steps that would allow the U.N. atomic agency to keep monitoring much of its nuclear work.

Without that agreement, Mr. Grossi had warned that the agency would be flying blind in its efforts to keep tabs on Iran’s expanding nuclear work and prevent fissile material and key nuclear equipment from being diverted to illicit uses.

European diplomats have spent days urging Iran to attend the talks, concerned that if discussions didn’t take place soon, diplomacy could hit a pause until much later in the year at the earliest. Still, a senior EU official said Sunday that he would be ready to resume efforts to arrange direct talks late next week, if asked.

Talks are unlikely to run during Iran’s new year celebration, which begins on March 20. The presidential race in Iran starts in earnest in late April or May and Iranian officials have privately warned their European counterparts negotiations could become very difficult during that period.

EU officials have also warned that Iran risked undercutting the goodwill it built by sticking to the nuclear accord for more than a year after President Trump withdrew the U.S.

“The window of opportunity to restore full implementation of JCPOA soon becomes very narrow,” Mikhail Ulyanov, Russia’s ambassador to the IAEA, said this weekend. Mr. Ulyanov, whose country is one of the remaining participants in the nuclear deal, is calling on the EU powers not to pressure Iran at the IAEA Board meeting, which starts Monday.

Write to Laurence Norman at laurence.norman@wsj.com and Michael R. Gordon at michael.gordon@wsj.com