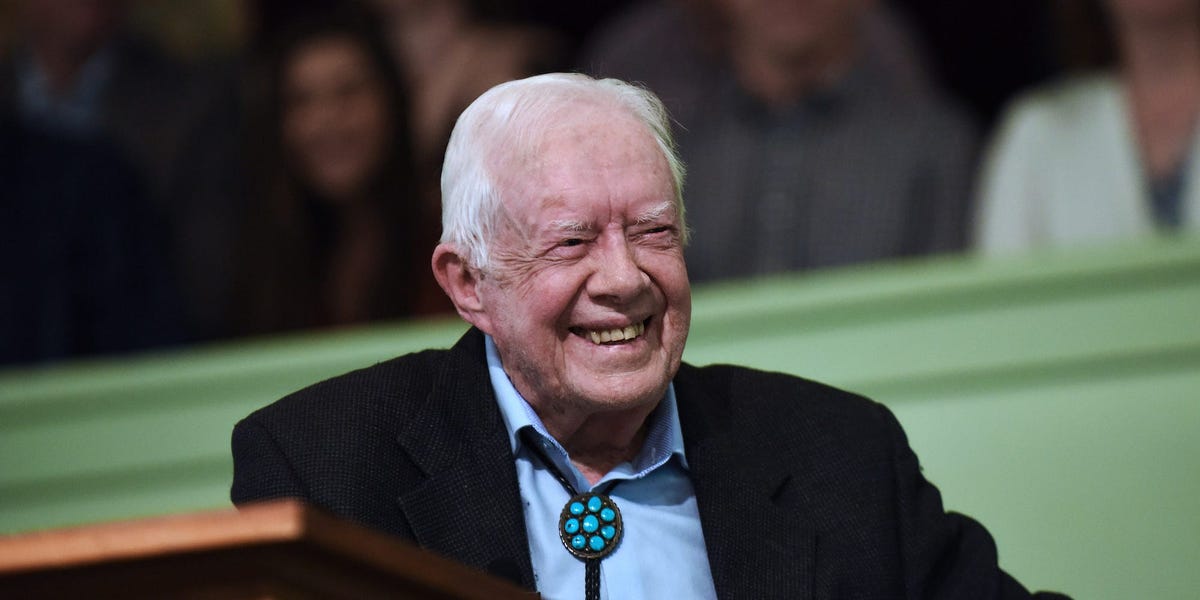 Jimmy Carter and his wife Rosalynn Carter are devoted fans of the PBS “NewsHour,” the former president said in an interview that aired Monday evening.

They watch the show every night, Carter told “NewsHour” host Judy Woodruff as he described the couple’s news consumption. “We watch MSNBC and CNN pretty regularly,” he added.

They “don’t watch Fox presentations very much,” Carter said, nor do they “really become involved” in social media. “So we have a fairly good balance of the news coverage.”

Carter, 96, and former First Lady Rosalynn Carter, 93, spoke to Woodruff from their home in Plains, Georgia, for a wide-ranging interview as they prepare to celebrate their 75th wedding anniversary on July 7. Carter is now the longest-living president in US history.

In addition to their news habits, the couple discussed unfounded claims made by President Donald Trump and his supporters that he won the 2020 presidential election.

“It’s known, quite accurately, as the big lie,” Carter said. “And how he — how Trump — gets away with it is hard to comprehend.”

It’s “hard for me to know what was happening and then to hear what was being said about it,” Rosalynn Carter said.

Asked whether she ever thought that the Carter Center would be involved in monitoring elections in her home state, she said, “No, I never thought we’d have to monitor elections in Georgia. I just assumed elections were accurate. I trusted our officials.”