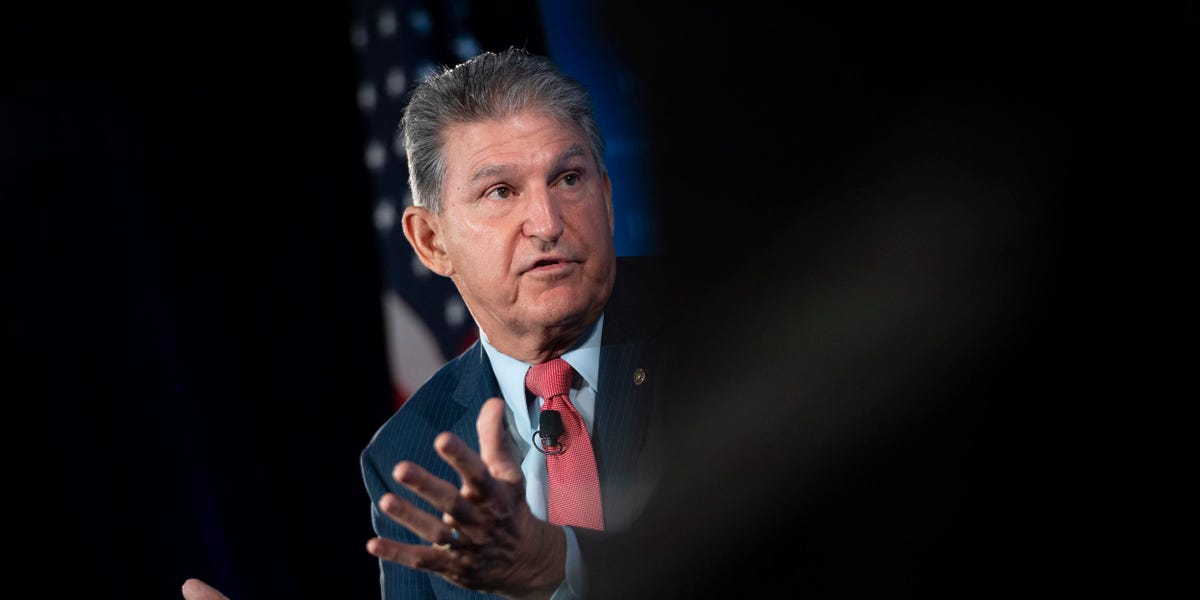 There’s just one problem: Both of these are Sen. Joe Manchin of West Virginia. He has one stance on Joe Biden’s Build Back Better agenda and another on the bipartisan infrastructure bill that Biden signed into law this week. Both can’t be true.

Even Mitch McConnell voted for the infrastructure law, a return to his voting patterns during the Trump presidency, when he repeatedly voted for laws that increased the national deficit.

Manchin has already succeeded in cutting a lot from Build Back Better, whittling down the original $3.5 trillion price tag to roughly $2 trillion. Even with this reduction, he’s adamant the plan must be fully paid for by a combination of tax hikes.

The Build Back Better Act passed by the House on Friday is estimated to add  $367 billion to the government deficit over the next decade, according to analysis by the Congressional Budget Office. The estimate doesn’t include revenue from improved IRS enforcement, but even after factoring that in, the package is set to add $160 billion to the deficit. That looks paltry compared to the infrastructure bill that Manchin — and Senate Minority Leader Mitch McConnell — both just voted for.

The senator has hinted he won’t back a plan that adds to the deficit, but he did just that in August. Manchin voted to pass the $1 trillion infrastructure plan in early August despite it not being fully paid for. He was among the few senators to craft the bipartisan package. Not only does it boost the deficit, but the CBO estimates the infrastructure plan will cost the US about $256 billion.

In other words, Manchin has already backed a bill that adds nearly $100 billion more to the deficit than the one he’s worried is too expensive.

Manchin’s office did not reply to a request for comment.

Caring about the price tag in all the wrong ways

Focus on the Build Back Better plan’s cost strikes at a growing divide in the Democratic party. Progressives see the moment as key to creating a more equitable economy. Centrists like Manchin are expressing concerns similar to those coming out of the Republican Party.

For one, progressives initially pushed for a much larger spending bill and aimed to cover the costs with more aggressive taxation of billionaires and corporations. Members frequently pointed to the package’s popularity, and President Joe Biden repeatedly noted he wanted to “go big” with his spending plans.

Yet Manchin railed against such tax proposals. The senator said he didn’t like “targeting different people” with the billionaires’ tax, and that opposition all but ensured the package would be smaller than Biden’s $3.5 trillion proposal.

The senator’s inflation concerns also resemble those on the other side of the aisle. Republicans have knocked the Build Back Better plan as an inflationary risk, arguing it would boost price growth beyond its already fast pace. Manchin voiced similar worries earlier in November, saying in a tweet that inflation is “not ‘transitory’” and that “DC can no longer ignore the economic pain Americans feel every day.”

Concerns that Build Back Better will worsen inflation are likely overblown. The package’s funds would be doled out over 10 years, meaning it wouldn’t contribute to a sudden burst of spending. Ratings agencies including Moody’s and Fitch confirmed to Reuters this week the plan wouldn’t have a material impact on inflation.

Manchin hasn’t yet indicated how the CBO score affects his support for Build Back Better. The Senate is expected to adjust the House’s bill in the coming days. Sen. Bernie Sanders said Friday he hopes to strengthen taxes on the wealthy and plans for climate reform. Manchin, meanwhile, has expressed plans to cut paid leave from the package. Doing so could eliminate the bill’s cost.

As Manchin demonstrated in August, he’s willing to add hundreds of billions of dollars to the deficit. He might have just decided roads and bridges matter more than paid leave.