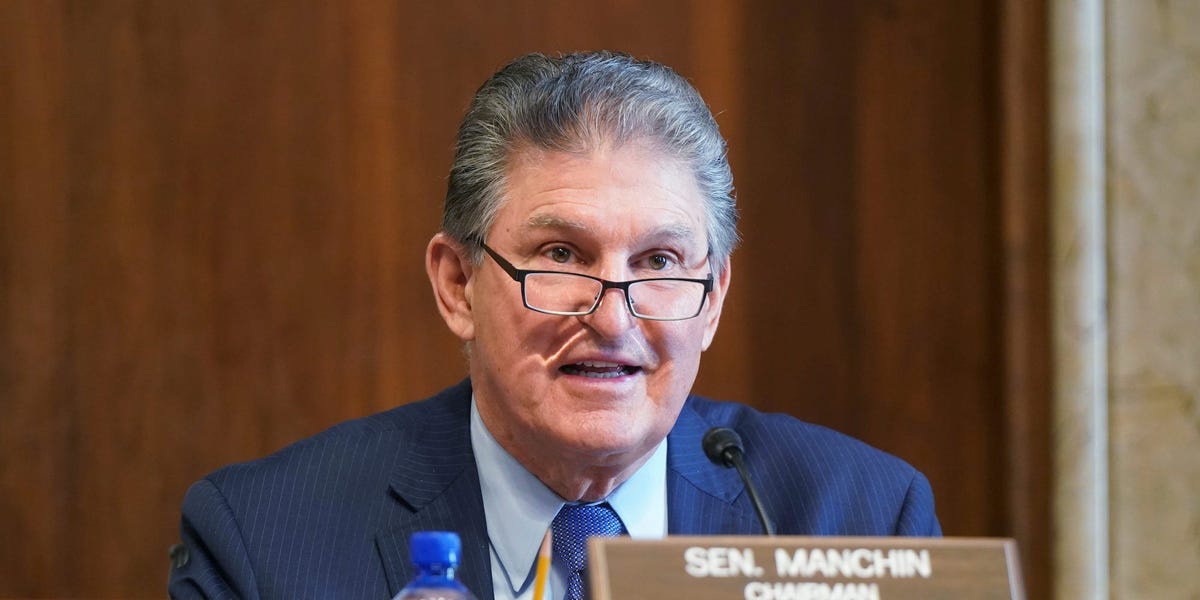 West Virginia Sen. Joe Manchin, a Democrat, on Sunday said he didn’t believe he was a “roadblock” to President Joe Biden, despite his opposition to parts of the president’s agenda, including his infrastructure plan.

“I’m not a roadblock at all. The best politics is good government,” Manchin said Sunday during an appearance on CNN’s “State of the Union” with Dana Bash.

Machin said he doesn’t believe legislation should just be pushed through by those in power without debate or bipartisan discussion.

“We won’t give this system a chance to work,” Manchin said. “I’m not going to be part of blowing up this Senate of ours, or basically this democracy of ours, or the republic that we have.”

Manchin and Arizona Sen. Krysten Simena, also a Democrat, were praised last week by South Carolina Sen. Lindsay Graham, a Republican, for their opposition to eliminating the filibuster in the Senate.

Democrats and Republicans hold an even 50-50 split in the Senate, but Vice President Kamala Harris serves as the tie-breaking vote, giving Democrats a slight lead. But Republicans can still torpedo any legislation they dislike by using the filibuster, which requires 60 votes to bring a debate to an end.

In an April 7 op-ed in the Washington Post, Manchin said he would not vote to eliminate or weaken the filibuster, reaffirming his previous position.

“There is no circumstance in which I will vote to eliminate or weaken the filibuster,” he wrote. “The time has come to end these political games, and to usher a new era of bipartisanship where we find common ground on the major policy debates facing our nation.”

Manchin was also one of eight Democrats who voted against Vermont Sen. Bernie Sanders’ proposal that would’ve raised the federal minimum wage to $15. All Democrats in the Senate would’ve needed to vote in favor of the proposal for it to have passed.

Earlier in April, Manchin said he opposed some of Biden’s $2 trillion infrastructure plan, specifically his proposal to raise the corporate tax rate from 21% to 28%. Manchin said he believed the tax should be set in between at 25%.

“The bill, basically, is not going to end up that way,” Manchin said during an appearance on a West Virginia radio station. “If I don’t vote to get on it, it’s not going anywhere. So we’re going to have some leverage here.”

Manchin on Sunday told CNN he would support a smaller bill with a “more targeted” approach to infrastructure.

“Why can’t we try to make this work?” he asked. “If you have the violent swings every time you have a party change, then we will have no consistency whatsoever.”