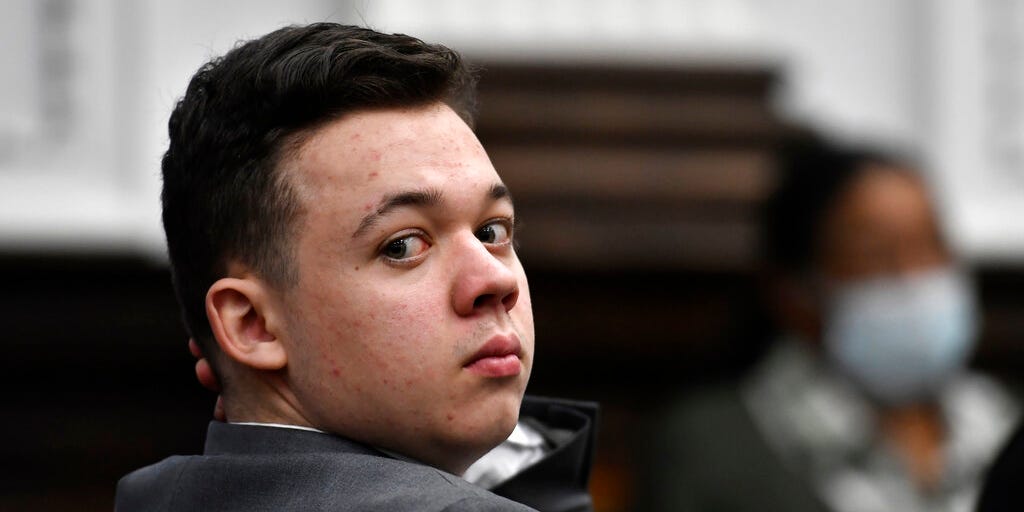 During an interview Monday on “Tucker Carlson Tonight,” Kyle Rittenhouse rehashed his arrest and trial and chastised President Joe Biden.

“What did you make of the president of the United States calling you a white supremacist?” Fox News host Tucker Carlson asked him during the interview.

Rittenhouse responded: “Mr. President, if I could say one thing to you, I would urge you to go back and watch the trial and understand the facts before you make a statement.”

When Carlson said it’s not a “small thing” to be called a white supremacist, Rittenhouse responded, “It’s actual malice, defaming my character, for him to say something like that.”

But Biden wasn’t president when he tweeted the video in question.

Carlson and Rittenhouse were referencing a clip Biden tweeted out after a 2020 election campaign debate between himself and former President Donald Trump.

Fox News anchor Chris Wallace had asked Trump during the debate in September 2020 if he was willing to condemn white supremacist and militia groups.

Instead, Trump responded that political violence was a left-wing problem and then told members of the Proud Boys, an alt-right white nationalist group, to “stand back and stand by.”

Following the debate, Biden tweeted a supercut of white supremacists and militia groups, which featured an image of Rittenhouse overlayed with the audio of Trump’s response to Wallace’s question.

“There’s no other way to put it: the President of the United States refused to disavow white supremacists on the debate stage last night,” Biden said in the tweet accompanying the video.

In January 2021, prosecutors in Kenosha obtained video footage of Rittenhouse at a bar posing with his fingers in the “OK” sign that white supremacists commonly use, and a group of men sang him “Proud of Your Boy,” the anthem for the Proud Boys. Rittenhouse’s lawyers previously told Insider’s Michelle Mark that Rittenhouse didn’t know the men and has no ties to the group.

After Rittenhouse was acquitted on Friday, Biden said in a statement: “While the verdict in Kenosha will leave many Americans feeling angry and concerned, myself included, we must acknowledge that the jury has spoken.”

Democrats came up short on MLK day promise. What’s next for the push for a voting rights bill? – USA TODAY