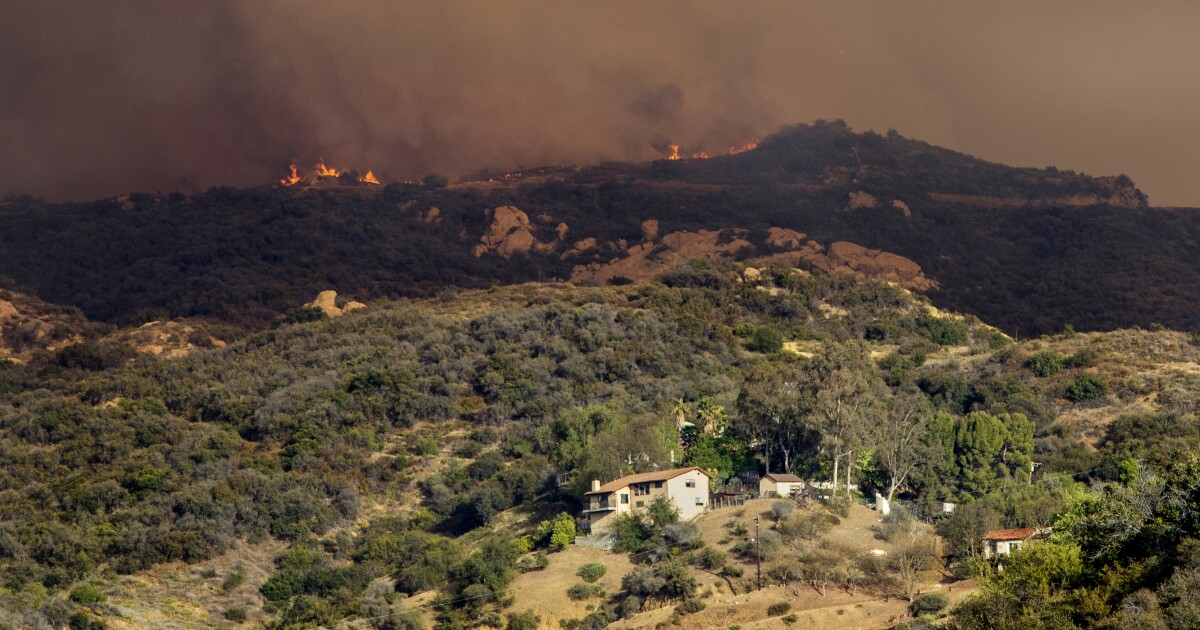 The temperatures were cool, the skies overcast with some drizzle.

But that didn’t stop the Palisades fire from continuing to threaten communities in Topanga Canyon on Sunday.

This is fire country. And residents know the dangers. But for many, they consider the summer and fall the dangerous times — when Santa Ana winds combine with hot temperatures.

But this weekend was classic May gray.

“If you look out any window or if you step outside, all you see is just billowing smoke everywhere,” said Jessica Rogers, president of the Pacific Palisades Residents Assn. As she spoke with a reporter, she received a notice that a portion of the Palisades Highlands was being placed under an evacuation warning due to shifting winds.

RELATED: Palisades fire: What you need to know

“My daughter said, ‘Mommy I’m very scared,’” Rogers said, adding that the noise of the helicopters was unnerving. A couple of hours later, her children and their father evacuated, opting to stay with family in Santa Monica, she said.

The Palisades fire had grown to 1,325 acres and was 0% contained. With an evacuation order in place for homes near Topanga Canyon Road, about 1,000 people had been displaced, authorities said Sunday.

The fire was burning through dense, old-growth chaparral that hadn’t burned in more than 50 years, authorities said. The vegetation was very dry due to a lack of recent rainfall, as well as longer-term drought.

The cool weather and damp conditions were helping firefighters, but it was still a tough fight.

“This is not normal, to have a big fire like this in May,” said Scott Ferguson, board chair of the Topanga Coalition for Emergency Preparedness. “This is the type of thing we’d usually be doing in November.”