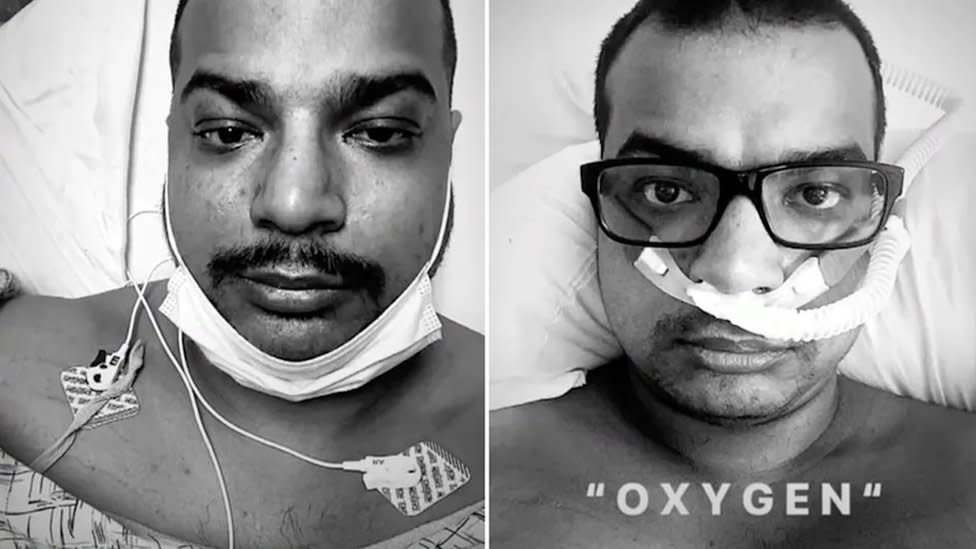 A California man who mocked Covid-19 vaccines on social media has died after a month-long battle with the virus.

Stephen Harmon, a member of the Hillsong megachurch, had been a vocal opponent of vaccines, making a series of jokes about not having the vaccine.

He was treated for pneumonia and Covid-19 in a hospital outside Los Angeles, where he died on Wednesday.

In the days leading up to his death, Mr Harmon documented his fight to stay alive, posting pictures of himself in his hospital bed.

“Please pray y’all, they really want to intubate me and put me on a ventilator,” he said.

In his final tweet on Wednesday, Mr Harmon said he had decided to go under intubation.

“Don’t know when I’ll wake up, please pray,” he wrote.

Despite his struggle with the virus, Mr Harmon still said he would reject being jabbed, saying his religious faith would protect him.

Prior to his death, had joked about the pandemic and vaccines, sharing memes saying he trusted the Bible over top US disease expert Dr Anthony Fauci.

Hillsong founder Brian Houston confirmed news of his death in a tweet on Thursday.

“Ben has just passed on to us the devastating news that our beloved friend, Stephen Harmon has passed away from Covid. Heartbreaking,” Mr Houston said.

“He was one of the most generous people I know and he had so much in front of him,” he wrote on Instagram.

“He would always turn up to our grandkids soccer games and he will be missed by so many. RIP.”

He added that the church encourages its members “to follow the guidance of their doctors”.

California has seen a rise in Covid-19 cases in recent weeks, with the majority of those being taken to hospital unvaccinated.