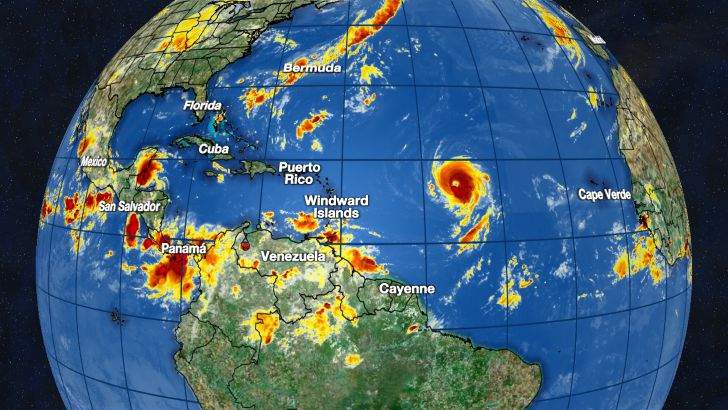 ORLANDO, Fla. – The peak of hurricane season is upon us. Currently, there are two systems in the tropics.

The first, Hurricane Larry, is poised to remain a category 3 storm in the open waters of the Atlantic for the next several days.

The forecast calls for this trough to move north to northeast over the next few days. Upper-level winds will limit development during this time. As the disturbance crosses the southeastern U.S. around midweek. the NHC anticipates some development as it moves into the Atlantic late in the week.

Puerto Rico may experience large swells and dangerous rip currents early this week, but the storm will not directly impact land. The storm will likely pass to the east of Bermuda.

Large swells will also make their way to much of the east coast of the U.S., including Florida, even though the storm will stay well offshore. The rip current risk will also increase for the middle of the upcoming week.

There is a 30% chance for development over the next five days.

So far the 2021 season has been more intense than the 2020 season, even with fewer named storms.

The next three named storms will be called Mindy, Nicholas and Odette.

The Atlantic Hurricane season runs through Nov. 30, with Sept. 10 marking the peak of storm season.