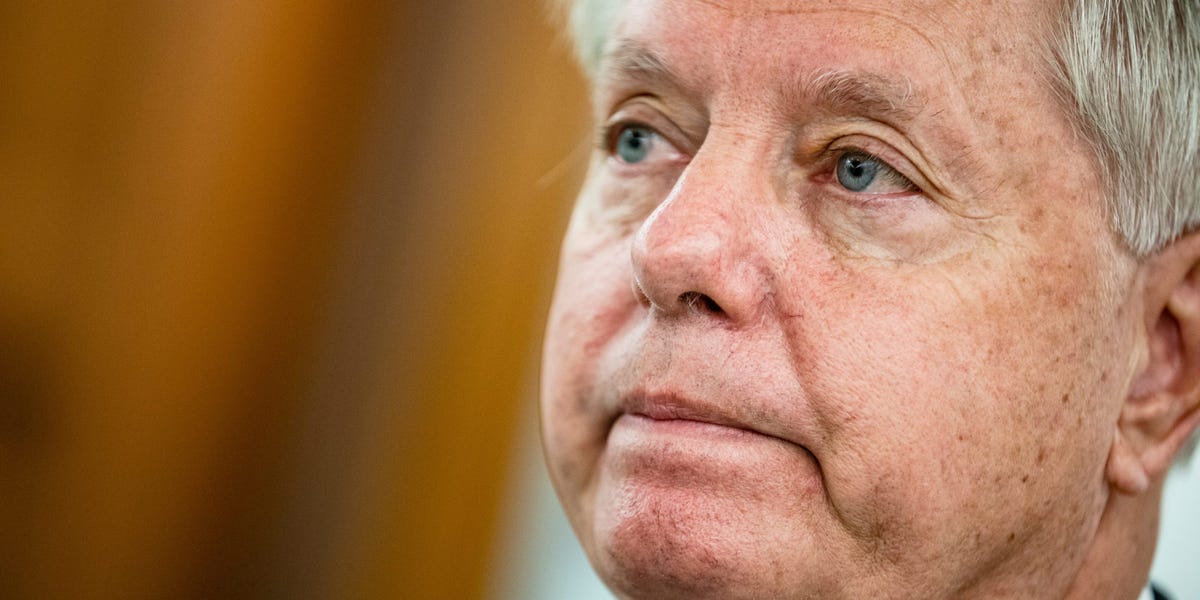 “The Senate should vote to dismiss the article of impeachment once it is received in the Senate,” Graham, a Republican from South Carolina, said in the letter. “We will be delaying indefinitely, if not forever, the healing of this great nation if we do otherwise.”

Trump was impeached by the House of Representatives last week for “incitement of insurrection” over his role in the January 6 attack on the US Capitol, when his supporters tried to stop the certification of the 2020 election results. Five people were left dead.

The Senate is set to hold a trial and vote on whether to convict the president. Current Senate Majority Leader Mitch McConnell, a Republican from Kentucky, has said that trial will likely not start until after Inauguration Day, by which time Schumer, a Democrat from New York, will be the new majority leader.

Read more: Mitch McConnell is telling GOP senators their decision on a Trump impeachment trial conviction is a ‘vote of conscience’

Graham, a frequent ally of the president, briefly broke from Trump after the Capitol siege and acknowledged President-elect Joe Biden had won the election.

However, in the letter to Schumer, he argued in that the impeachment was “unconstitutional” because Trump will already be out of office when the trial begins.

He also praised Vice President Mike Pence for refusing to heed calls, including from the president, to break from the Constitution by attempting to overturn the election results. Graham compared that decision to Schumer’s.

“But now, in your first act as Majority Leader, rather than begin the national healing that the country so desperately yearns for, you seek vengeance and political retaliation instead,” he said.

“Virtually all of us rejected further challenges to the 2020 election,” he said.

However, in the days before the certification, about a dozen GOP senators said they would object to certifying some electoral college votes, with some only reversing course after the violence at the Capitol had already ensued.

Eight of them ended up objecting, including Sens. Josh Hawley of Missouri and Ted Cruz of Texas.

Days before the letter to Schumer, Graham spoke out against the impeachment and implied McConnell, who has said he will wait to hear the evidence presented at the trial, is “making the problem worse.”