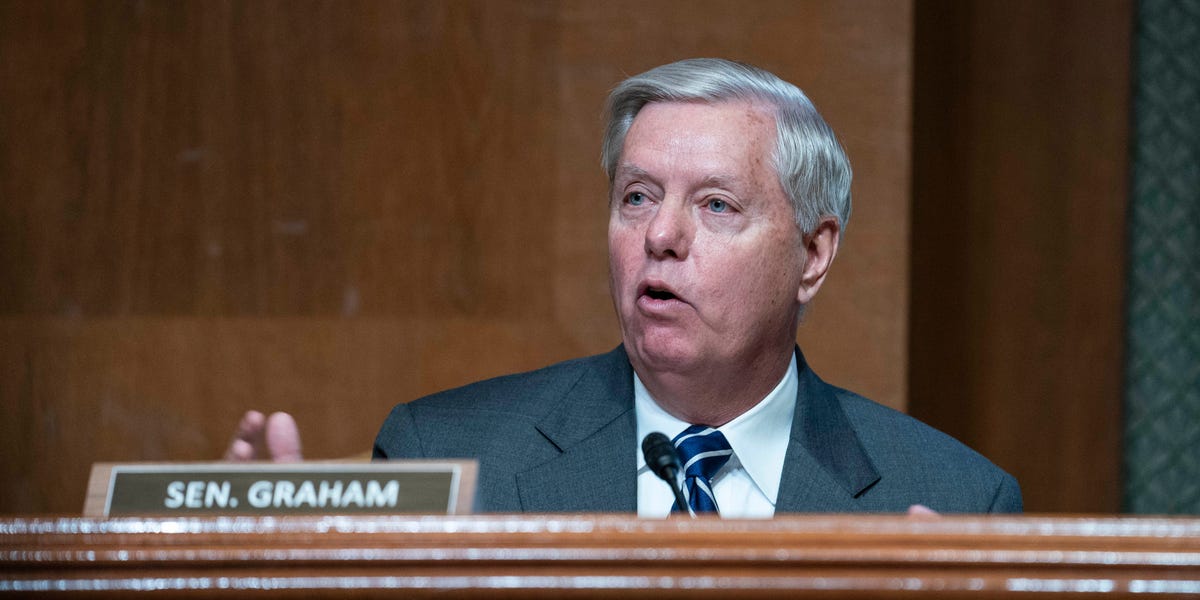 Sen. Lindsey Graham on Thursday blasted President Joe Biden for linking a bipartisan infrastructure deal to a larger spending package that covers the rest of his priorities.

If Biden is “gonna tie them together, he can forget it!” the South Carolina Republican told Politico.

“I’m not doing that. That’s extortion!” Graham continued, per Politico. “I’m not going to do that. The Dems are being told you can’t get your bipartisan work product passed unless you sign on to what the left wants, and I’m not playing that game.”

Graham’s comments came hours after Biden emerged from an Oval Office meeting with a bipartisan group of 10 senators to announce that they struck an agreement on a $1 trillion infrastructure package. The framework provides funding for physical infrastructure such as roads, bridges, broadband access, and public transit. But a massive chunk of Biden’s original infrastructure plan, including investments in policy areas like childcare and eldercare, education and climate change, has been cut.

The president and the 10 lawmakers, which included GOP Sens. Mitt Romney of Utah and Lisa Murkowski of Alaska, along with Democratic Sens. Joe Manchin of West Virginia and Krysten Sinema of Arizona, celebrated the bipartisan dealmaking in a brief news conference outside the White House.

“We made serious compromises on both ends,” Biden said.

But Biden said in a speech shortly afterward that he wants to see Congress work on the infrastructure bill “in tandem” with a bigger bill that includes his other major spending initiatives.

“For me, investment in our physical and human infrastructure are inextricably intertwined,” Biden said. “Both make us stronger.”

Top House and Senate Democrats signaled the same, hoping to pass the second, multitrillion-dollar piece of legislation on a straight party-line vote through a process called budget reconciliation.

But Graham fiercely rebuked the idea and suggested that Biden pulled a fast one on the GOP senators who negotiated the bipartisan deal with him.

“Most Republicans could not have known that,” Graham told Politico. “There’s no way. You look like a f—ing idiot now.”

“I don’t mind bipartisanship, but I’m not going to do a suicide mission,” he added, per Politico.