Judge Merrick Garland, once denied a Supreme Court confirmation hearing by Republicans, arrives to testify on his nomination to be attorney general. Carlos Barria/Pool/AFP via Getty Images hide caption 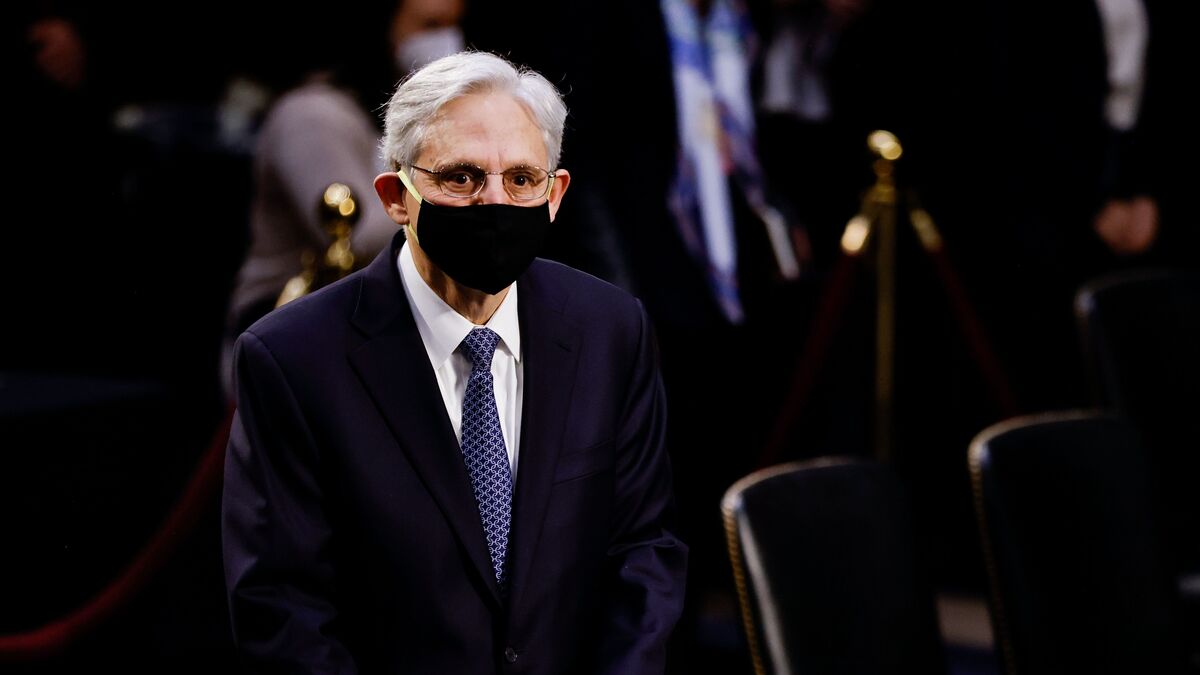 Judge Merrick Garland, once denied a Supreme Court confirmation hearing by Republicans, arrives to testify on his nomination to be attorney general.

President Biden’s pick for attorney general, Merrick Garland, vowed Monday that protecting civil rights and combating domestic terrorism would be priorities for the Justice Department under his watch.

Garland, a widely respected judge who has served for more than 20 years on the U.S. Court of Appeals for the District of Columbia Circuit, is testifying before the Senate Judiciary Committee.

He is expected to win the panel’s approval. A final confirmation vote by the full Senate would not take place until March.

“It is a fitting time to reaffirm that the role of the attorney general is to serve the rule of law and to ensure equal justice under the law,” Garland told the committee. “If I am confirmed as attorney general, it will be the culmination of a career I have dedicated to ensuring that the laws of our country are fairly and faithfully enforced, and that the rights of all Americans are protected.”

Garland knows the Justice Department well, having worked there at various points before becoming a judge.

Early in his career, he worked as a special assistant to the attorney general and later as a line prosecutor in the U.S. Attorney’s Office in Washington, D.C.

During the Clinton administration, he served as a senior official in the deputy attorney general’s office. In that role, he oversaw the prosecutions of Oklahoma City bomber Timothy McVeigh and the Unabomber, Ted Kaczynski.

Garland then joined the federal bench in 1997.

He was nominated by then-President Barack Obama for a spot on the Supreme Court in 2016, but Republicans in the Senate refused to give him a hearing.

This time around, Garland is the attorney general nominee and is getting his Senate hearing.

If confirmed, Garland will have a long list of issues awaiting him at the Justice Department, including restoring morale, which took a beating during the Trump administration.

At a ceremony last month announcing his nomination, Garland made clear that ensuring the department’s integrity and independence from partisan political influence would be a bedrock of his tenure.

On the policy side, the Biden administration is facing demands to take action to ensure civil rights and racial justice for all Americans.

In his opening statement, Garland acknowledged the central importance of that mission.

“Communities of color and other minorities still face discrimination in housing, education, employment and the criminal justice system and bear the brunt of the harm caused by pandemic, pollution and climate change,” he said.

Garland will also have to handle politically sensitive cases, including the special counsel’s investigation into the origins of the Russia probe, the criminal investigation into Biden’s son, Hunter, and all of the cases from the Capitol insurrection.

The top Republican on the committee, Sen. Chuck Grassley, sought Garland’s assurances that John Durham’s Russia probe would be allowed to proceed and that a final report would be made public.

“I don’t have any information about the investigation as I sit here today,” Garland said, adding that one of the first things he’ll do, if confirmed, is meet with Durham to discuss his investigation.

He said he has no reason to believe Durham shouldn’t remain in place. As for releasing a final report, Garland deflected, saying he believes in transparency but would need to talk with Durham first.

Garland said he had not discussed the Hunter Biden investigation with President Biden. But he said the president had assured him he would be able to serve as attorney general without interference from the White House.
Source Link

President Biden’s COVID-19 stimulus bill is on the brink of becoming law. Here’s where it stands – USA TODAY

President Biden’s COVID-19 stimulus bill is on the brink of becoming law. Here’s where it stands – USA TODAY

Stimulus check update: Here’s how new details of the $1,400 payments could surprise some people – CNBC