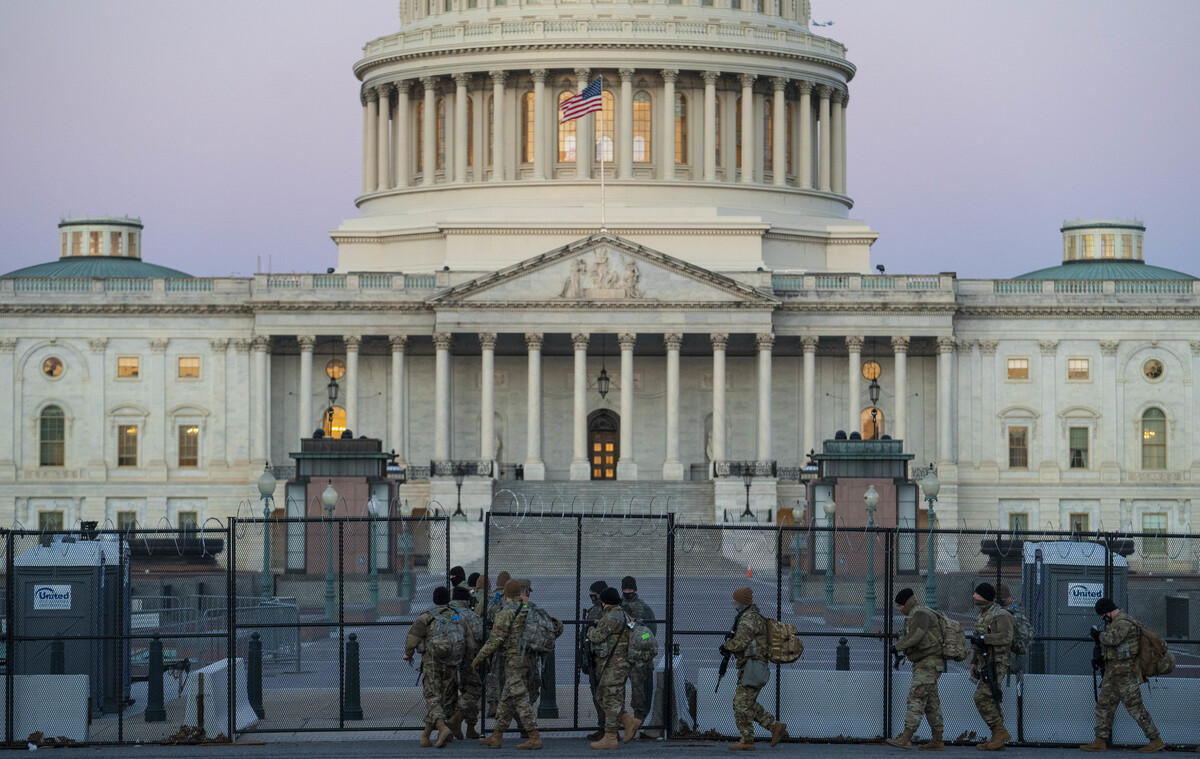 Members of the National Guard walk beside barbed wire fencing on U.S. Capitol grounds at sunrise on Monday ahead of Tuesday’s Senate impeachment trial.

The Senate on Tuesday begins the historic second impeachment trial of former President Donald Trump a month after a mob of Trump supporters stormed the U.S. Capitol.

The House of Representatives voted on Jan. 13 to impeach Trump for incitement of insurrection with just a week left in his term, charging that he caused the riot that endangered hundreds of lawmakers and left five people dead, including a police officer.

Watch the proceedings below beginning at 1 p.m. ET. Follow live updates on the trial here and read more about how it will work.

Trump has denied responsibility for stoking the mob on Jan. 6. His lawyers claim he did not encourage unlawful acts and that his comments to supporters that day are protected by the First Amendment. They also argue that he should not be on trial at all, as he is no longer president — though many constitutional experts disagree.

As Congress began counting the Electoral College votes on Jan. 6, Trump called for his supporters to walk to the Capitol in protest of the election results. Trump falsely claimed the election had been “stolen,” despite his clear loss to now-President Biden.

“You’ll never take back our country with weakness. You have to show strength and you have to be strong. We have come to demand that Congress do the right thing and only count the electors who have been lawfully slated, lawfully slated,” he said. “I know that everyone here will soon be marching over to the Capitol building to peacefully and patriotically make your voices heard.”

Hours later, multiple people were dead, the Capitol building was in a state of chaos and, still, Biden’s election victory was certified by Congress.

House impeachment managers will be dissecting those remarks and others made by Trump in the months prior to argue that his false election claims laid the groundwork for the violence far before that particular rally.

Trump is not expected to participate in the Senate trial. He also didn’t participate in his first impeachment trial, which ended in an acquittal a year ago.
Source Link