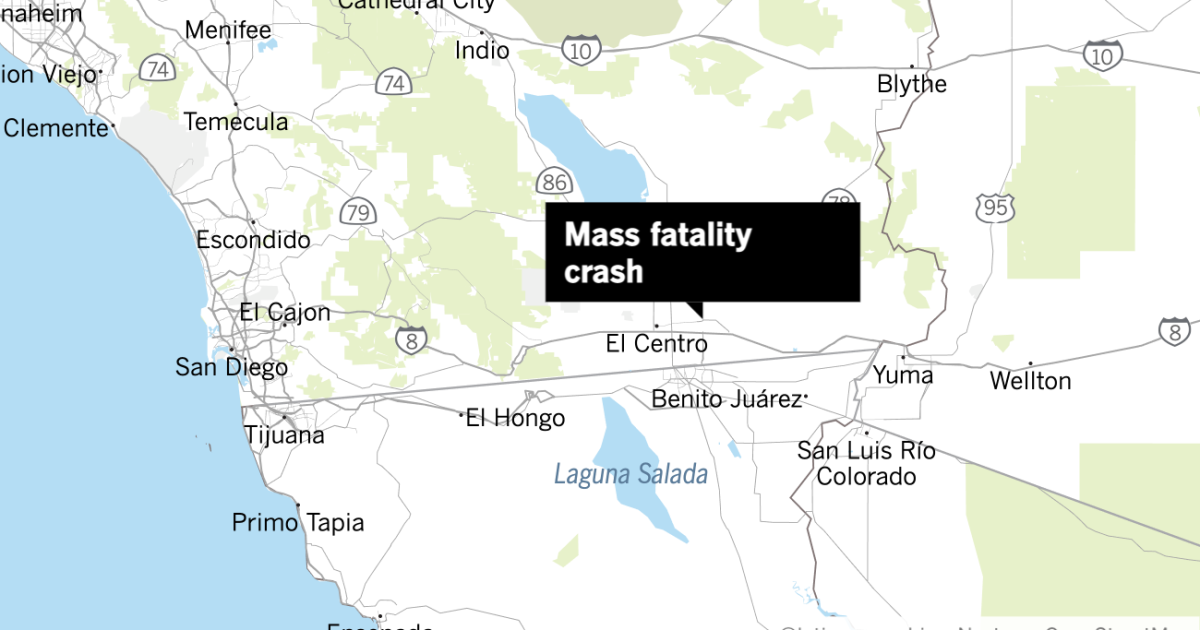 A collision between a semitruck and an SUV carrying more than two dozen people near the U.S.-Mexico border Tuesday morning has left 15 dead and several others injured, officials said.

Fourteen people died at the scene. One more died at El Centro Regional Medical Center, where six others are being treated, Cruz said. At least five others have been flown from the scene to other treatment centers, she said.

“The patients are, of course, going through a little bit of a difficult time,” said Adolphe Edward, chief executive of El Centro Regional Medical Center. “This was a major accident, and we are taking care of them in the emergency room department.”

Four people were airlifted by helicopter to the Desert Regional Medical Center in Palm Springs, where three of them are in intensive care, hospital public information officer Todd Burke said.

El Centro Fire Department units are also on the scene, along with Customs and Border Patrol officers, who are assisting the Imperial County Sheriff’s Office.

Fifteen first responders and five fire engines arrived at the scene off Highway 115, just north of Holtville, Flores said. A helicopter whirred overhead as he responded to questions about the crash.

Highway 115 is currently blocked off, heading north from Holtville, he said.