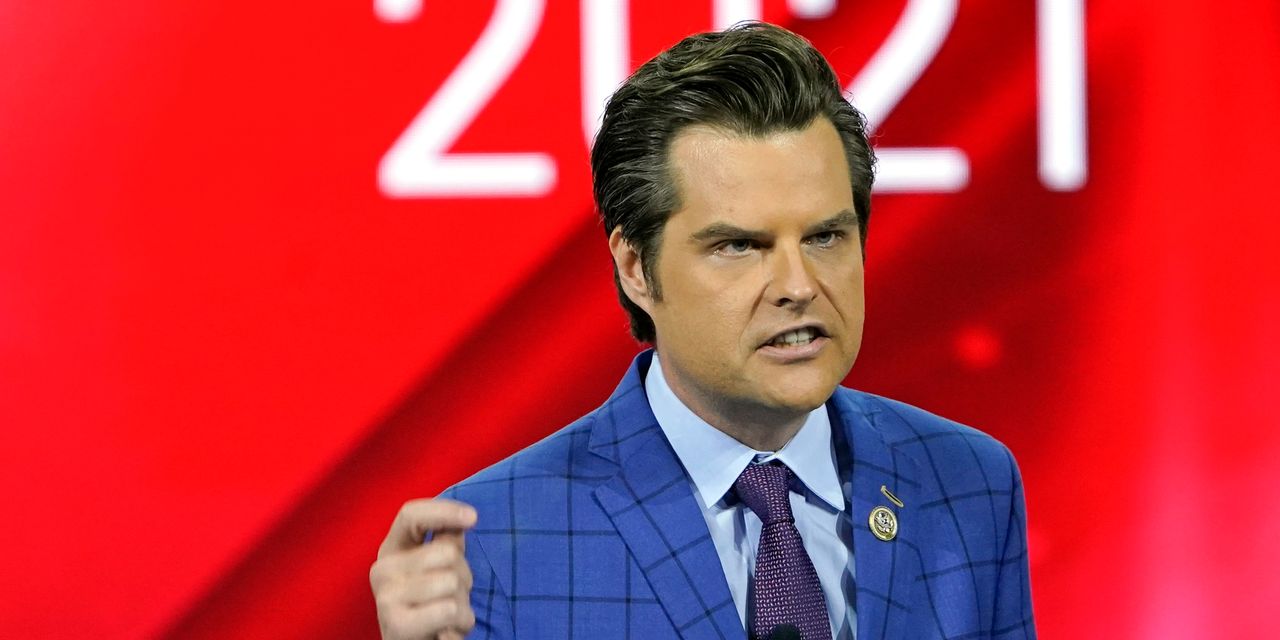 WASHINGTON—Rep. Matt Gaetz (R., Fla.) on Friday said he wouldn’t resign in the face of rising pressure over reports that the FBI has been investigating him since last summer, in part over whether he broke federal sex-trafficking laws.

“Of course not,” Mr. Gaetz said in a text message Friday, addressing whether he would leave office. He declined to say more, citing Good Friday. His lawyer also said Mr. Gaetz wouldn’t step down.

With the House in recess, members have been largely silent about Mr. Gaetz since Minority Leader Kevin McCarthy (R., Calif.) earlier in the week referred to “serious implications” in connection with the Federal Bureau of Investigation inquiry. But in the state capital of Tallahassee, Republicans were already discussing who would replace Mr. Gaetz, people familiar with the conversations said.

“These scandals hit a certain point where there’s no escape,” Mr. Jolly said. “We’ve clearly hit that point for Matt in Florida politics.”