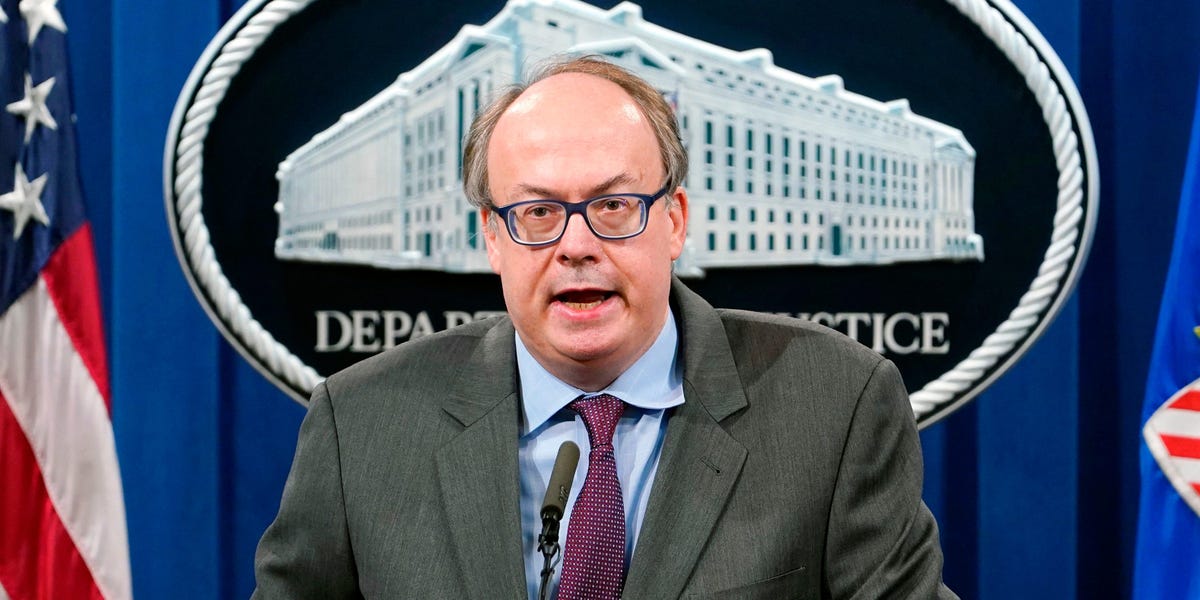 Jeffrey Clark, originally an environmental lawyer at the Department of Justice, ended up at the center of former President Donald Trump’s attempts to use the agency to overturn the results of the 2020 election.

After Trump lost the election to President Joe Biden and proceeded to spread unsubstantiated claims about fraud, Clark emerged as an ally in that endeavor, even after his own agency broke from the president.

Read more: Where is Trump’s White House staff now? We created a searchable database of more than 329 top staffers to show where they all landed

Attorney General Bill Barr, previously a staunch defender of Trump, said in early December 2020 that the Justice Department had found no evidence of fraud that would have impacted the results of the election. When Barr resigned in mid-December, Jeffrey Rosen took over as acting attorney general.

But The New York Times reported that Trump and Clark were quietly working together to try and oust Rosen in order to replace him with Clark, charges Clark denied. The Times reported the plan was for Clark to pressure Georgia officials on the state’s election results.

The letter Clark wrote in December that was released this week appears to show him doing exactly that.

On December 27, Trump had told Justice Department officials, including Rosen and his deputy, Richard Donoghue, to “just say that the election was corrupt + leave the rest to me,” according to a memo written by Donoghue.

The very next day, Clark sent a draft letter to Rosen and Donoghue requesting it be sent to officials in Georgia to urge them to investigate, and potentially overturn, Biden’s win in the state.

“The Department of Justice is investigating various irregularities in the 2020 election for President of the United States,” the letter said. “The Department will update you as we are able on investigatory progress, but at this time we have identified significant concerns that may have impacted the outcome of the election in multiple States, including the State of Georgia.”

However, to date, the Justice Department has found no evidence of fraud that would impact the election outcome.

The letter also urged Georgia’s governor to “immediately call a special session to consider this important and urgent matter,” and said if the governor declined, the legislature itself could do it.

When Clark sent the draft letter to Rosen and Donoghue, he wrote in an email “I think we should get it out as soon as possible,” ABC reported.

Days later, Donoghue blatantly refused: “There is no chance that I would sign this letter or anything remotely like this.”

“While it maybe true that the Department ‘is investigating various irregularities in the 2020 election for President’ (something we typically would not state publicly) the investigations that I am aware of relate to suspicions of misconduct that are of such a small scale that they simply would not impact the outcome of the Presidential Election,” Donoghue wrote, according to ABC.

Rosen agreed, writing he was “not prepared to sign such a letter.”

Clark resigned from his position on January 14. In July, Clark was hired by the New Civil Liberties Alliance, which describes itself as a nonpartisan, nonprofit civil rights group that protects constitutional freedoms.