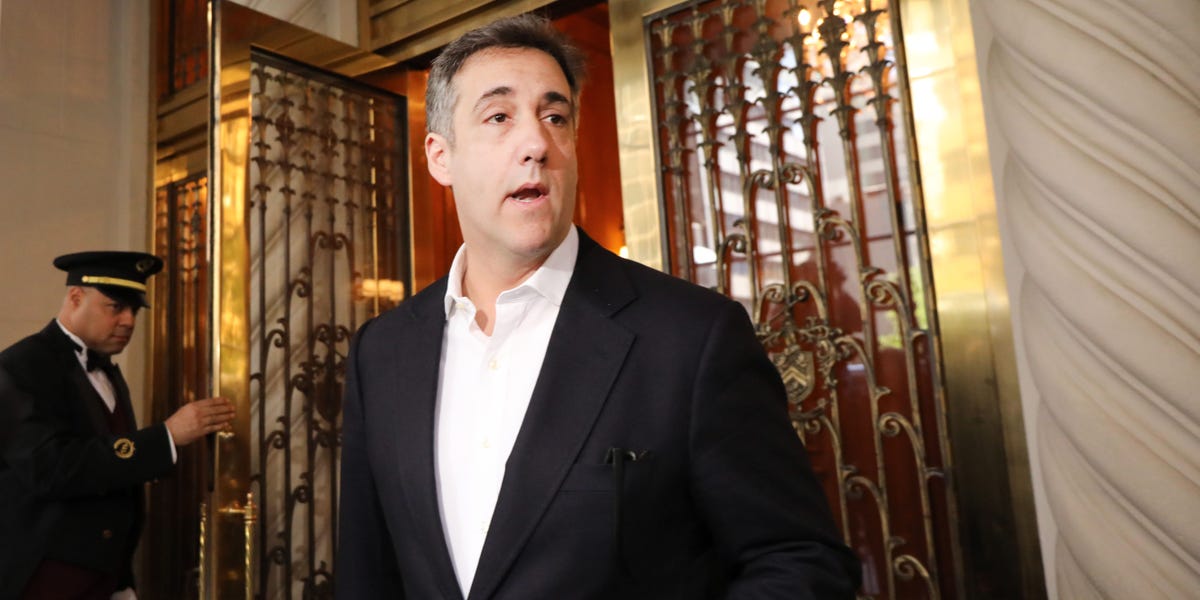 Michael Cohen, Donald Trump’s former personal attorney, said that the charges unveiled by Manhattan prosecutors against the Trump Organization on Thursday were most likely the “tip of the iceberg” and that there was more to come.

Weisselberg is also accused of dodging taxes on valuable perks from the company including apartment leases and tuition for his grandson. He pleaded not guilty to 15 counts in a court appearance Thursday.

“I don’t want people to think that this case is about Allen Weisselberg and an apartment and a free car and so on,” Cohen said in an interview on CNN’s “Newsroom” show. “It is substantially larger in scope than just that aspect. That is but the tip, it’s the tip of the iceberg, and there is so much more that’s going to be coming.”

In an interview with Insider on Thursday, Cohen predicted that Weisselberg would begin cooperating with prosecutors now that he “knows what handcuffs feel like as well as being placed in a cell.”

Cohen has reportedly been providing evidence to prosecutors at the Manhattan district attorney’s office about his work at the Trump Organization.

He says prosecutors have enough evidence against the company to bring further charges without Weisselberg’s cooperation.

In the CNN interview he said the real target of the inquiry wasn’t the top executives at the company like Weisselberg but the “CEO of the Trump Organization, Donald Trump himself.”

“There is nothing that happened at the Trump Organization that did not go to Donald, whether it was the purchasing of paper clips or the payment of Allen Weisselberg’s grandchildren’s tuition,” he said.

Trump has denied any wrongdoing at the Trump Organization, dismissing the investigations as politically motivated.

Insider has contacted the Trump Organization and Trump’s own office for comment.

Other legal analysts have disputed the claim that further charges are likely, with Daniel Goldman, a congressional attorney who played key roles in building the case for Trump’s impeachments, telling MSNBC that the charges were probably the only ones the company would face.

Cohen was formerly one of Trump’s most trusted aides and worked closely with Weisselberg.

But Cohen came under legal pressure for his work for Trump. In early 2019 he was sent to prison for organizing payments to women who said they had affairs with Trump and for lying to Congress about Trump’s business interests in Russia.

He has turned on his former boss, describing him in a memoir he published last year as a liar, racist, and tax fraud.