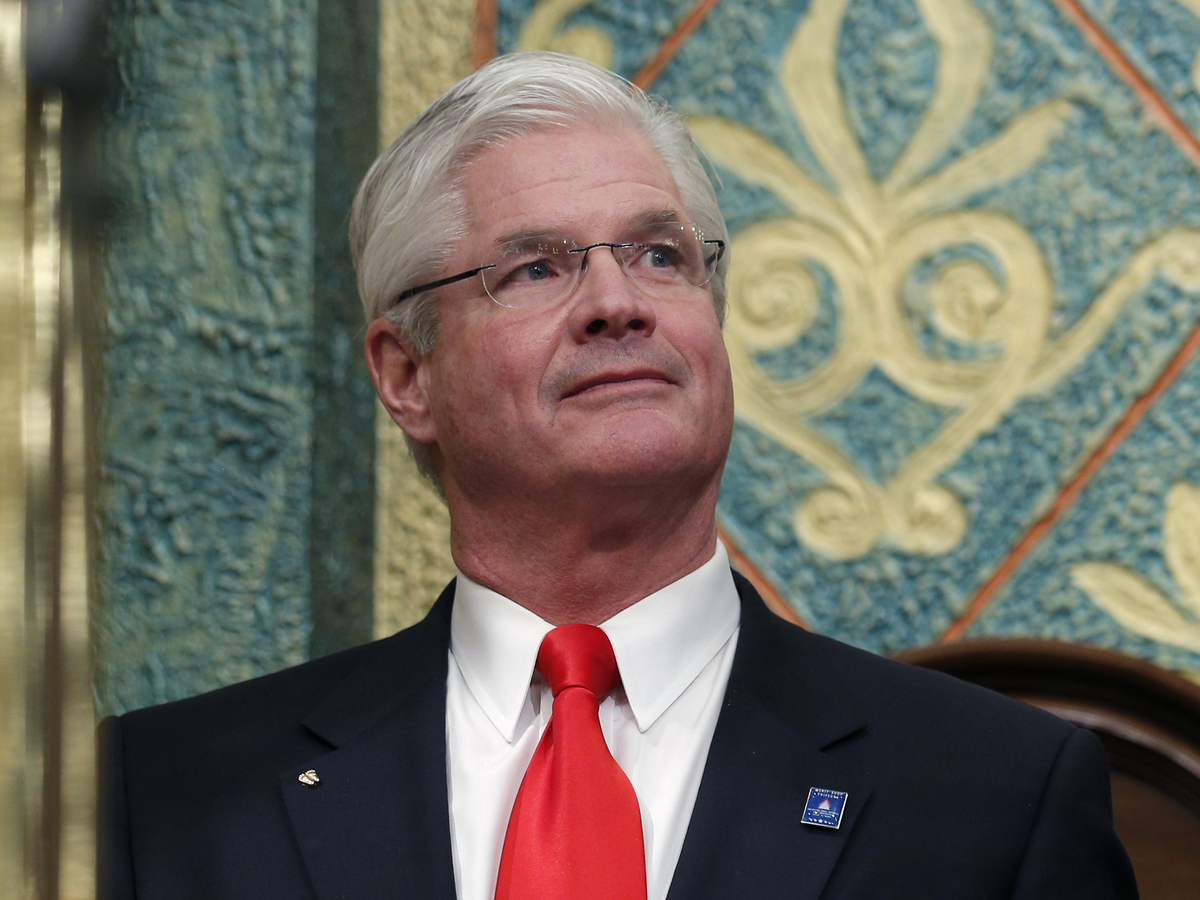 Michigan’s highest ranking Republican leader was caught on video calling the Jan. 6 attack at the U.S. Capitol building a “hoax” and espousing other conspiracy theories related to the siege.

Senate Majority Leader Mike Shirkey, in a video posted on YouTube of a meeting with Hillsdale County Republican Party officials, said of the Capitol insurrection in which five people died: “It was all staged.”

About a half an hour into the video Shirkey can also be heard asking, “Why wasn’t there more security there?” He accused Senate Minority Leader Mitch McConnell of being involved, saying McConnell “is part of the decision making how much security they have on stand. I think they wanted to have a mess.”

Shirkey on Tuesday issued a statement that didn’t directly address his outlandish claims, but said he regretted the words he chose and his “insensitive comments.”

“I said some things in a videoed conversation that are not fitting for the role I am privileged to serve. I own that. I have many flaws,” Shirkey said. “Being passionate coupled with an occasional lapse in restraint of tongue are at least two of them.”

The video was posted to the YouTube account of Reclaim Our American Republic last week. The video’s description, in part, reads “The Hillsdale County Republican Party has had enough of RINO”s,” meaning Republicans in Name Only. “We will continue to flush them out of our local party.”

A day after this meeting, the county GOP censured Shirkey for backing a ban on firearms at the state Capitol, according to a press release from the organization.

The organization’s secretary Jon Smith, told CNN that he posted the video, which he surreptitiously recorded, on his personal YouTube page because he didn’t trust Shirkey “to be honest with me and I wanted to expose his lies and I might need it to keep it for my own record.”

The FBI has arrested hundreds of participants in the siege and has said members of right-wing extremist groups took part. Footage of the riots, much of which was captured by participants on their own phones and shared on social media, clearly show that former President Donald Trump supporters stormed the building while wearing Trump 2020 shirts and other Trump-related paraphernalia.
Source Link

The Senate is debating Biden’s COVID stimulus bill. When can you expect help? Here’s what we know. – USA TODAY