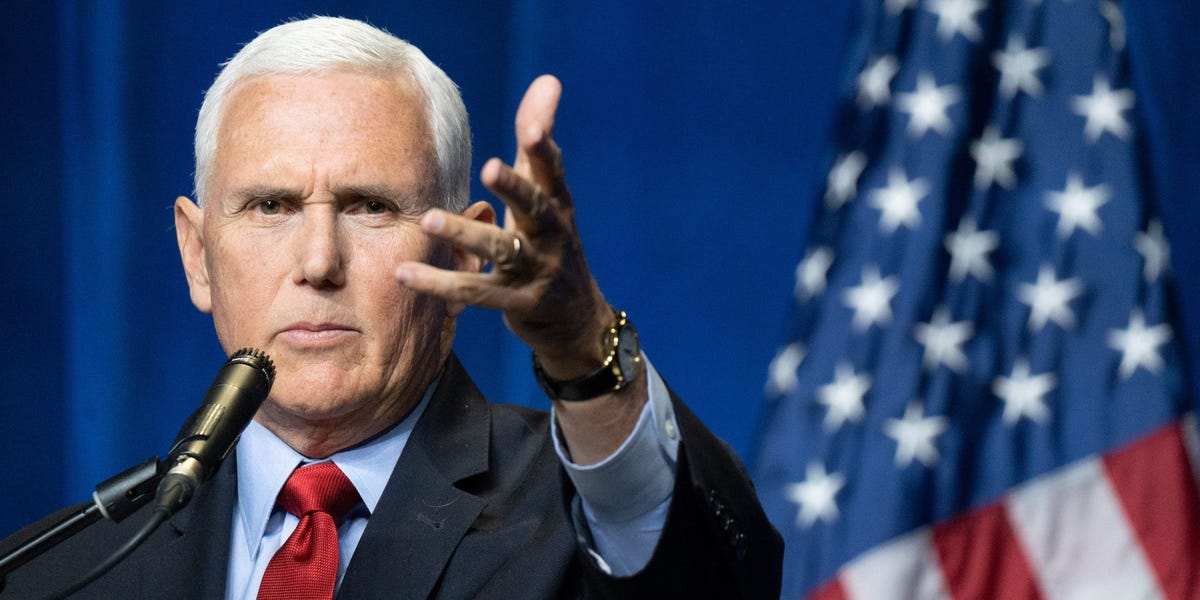 Pence, who Insider recently reported has built a presidential campaign in waiting with several of his former aides still pulling in federal paychecks, took aim at the movement at a speech in Iowa Thursday night.

Pence was speaking at the Feenstra Family Picnic in Sioux Center.

The other time he made the remark was also in a first-in-the-nation state for the GOP presidential primary, earning his biggest applause line of the night from a crowd in New Hampshire back in June.

Bringing the Granite State crowd to a standing ovation, Pence added that the US “is not a racist country.”

In police shootings, Black Americans are killed at a more disproportionate rate than any other racial group in the United States, around twice as many times as white people are killed on a per capita basis.

Even since George Floyd’s killing during an arrest galvanized anti-racist protests nationwide, Republicans have generally been adamant in defending police officers. Much of the GOP backlash against Black Lives Matter is typified by the Blue Lives Matter movement, whose flag was prominently displayed at Trump rallies.

In Iowa, Pence said the defense of police is something that “we need to affirm on behalf of every American of every race and creed and color.”

Only about 2 in 5 self-identifying Republicans viewed police violence as a serious problem compared to 9 out of 10 Democrats, according to an April poll by Morning Consult.

Pence has also called the notion of systemic racism a “left-wing myth” despite copious statistics showing disparities between white Americans and their fellow citizens who are people of color.

Although Pence has made appearances in both Iowa and New Hampshire, he has not officially declared his candidacy for the 2024 election, and his spokesman has told Insider that he is simply looking to help Republicans ahead of the 2022 midterms.